The latest free update to hit The Division 2 is out now on Xbox One. Episode 2 – Pentagon: The Last Castle adds new missions that bring the fight for Washington, D.C. to the Pentagon, along with a raft of gameplay updates (including a new loot-targeting system), a new specialization for endgame players, and a Team Elimination PVP mode. Xbox Live Gold members can play The Division 2 for free this weekend, gameplay improvements and all, from October 17 through October 20. Here’s a look at what Episode 2 includes:

Episode 2 takes you to the Pentagon, where the fight continues in solving the ongoing outbreak crisis in Washington D.C. As Agents, you’ll encounter two new main missions set in and underneath the landmark building. After a Division Agent discovers the existence of a perfusion bioreactor – a device capable of replicating a potentially life-saving antivirus – players must fight their way through the flooded, Black Tusk-occupied area around the Pentagon to secure a safe house. It is up to Agents to secure the bioreactor – and with it, all hope – before it falls into the hands of the Black Tusk.

From there, the first new main mission, Pentagon, will take players into the building itself, where they’ll battle through Black Tusk forces to find the entrance to an underground laboratory.

Then, in the second mission at the DARPA Research Labs, they’ll race to stop the Black Tusk from removing the bioreactor through an abandoned network of Cold War-era tunnels. In addition to the main missions, Episode 2 features two Classified Assignments, which are optional side missions that are exclusively available to Year 1 Pass holders. In Marina, Division Agents will investigate a boathouse on the Potomac River – used by the Outcasts to transport weapons and supplies – and seize as many weapons as possible. In Embassy, a helicopter carrying important supplies is shot down by Outcasts and crashes into the Mexican Embassy, pushing players to race against time to rescue the pilot and secure the supplies before the Outcasts show up in force.

The Technician is the fifth specialization for endgame players, packing an Artificer Hive that can buff the power of any deployed skills, whether they belong to the Technician or to allied players. Technician Agents also carry a Maxim 9 sidearm, an EMP grenade mod, and a new signature weapon: The P-017 multi-missile launcher, which can target multiple enemies and fire up to six missiles at once.

The Technician is instantly unlocked with the Year 1 Pass, but available to all players who complete the specialization’s Field Research tasks.

Team Elimination mode is coming to The Division 2’s Conflict PVP matches. Two four-Agent teams will square off against each other in best-of-seven battles, with each round ending either when an entire team expires, or the timer does. Joining the new mode is a new Conflict map, Wharf, which lets players battle for an abandoned harbor that features plenty of opportunities to use flanking routes and high ground to get the drop on opponents.

Episode 2 is part of Title Update 6, the biggest batch of gameplay improvements to hit The Division 2 since launch. Developed with community feedback, the updates range from increased stash space and rebalanced gear talents to server changes designed to ensure the Dark Zones are always as populated as possible. One of the most significant changes is the addition of a targeted loot system that lets players pull up the map and see which loot is likely to drop in a given zone or mission, making it easier to find specific loot they might be hunting.

Big changes are also coming to the Dark Zones, the hybrid, PVE/PVP-enabled areas of The Division 2 where players can work together or betray each other for loot. When players enter a Dark Zone, the game will automatically look for a server with a high population, and transfer players (or groups of players) there to ensure an active experience. The Thieves’ Den vendor now carries a better stock of items that rotate regularly, and Dark Zone supply drops will now appear at more locations, guarded by bosses, Black Tusk soldiers, or multiple warring factions.

Other changes include improvements to the crafting system, the return of Expeditions mode (with a new Mastery system that rewards faster completion), major reworks for named items, changes to how branded gear sets work, and much more. For a full rundown, check out this recap of The Division 2’s pre-launch State of the Game livestream.

If you haven’t yet started playing The Division 2, good news – you can download and try the game for free from October 17 through October 20, with preloading available starting October 15. The free weekend will be a chance to explore The Division 2’s open world, team up with other Agents, and experience Episode 2’s myriad gameplay updates. If you decide to keep playing after the free weekend is over, your progress will carry over to the full game – which will be on sale for up to 70% off through the Microsoft Store from October 17 through October 22. Washington needs you, Agents – will you answer the call? 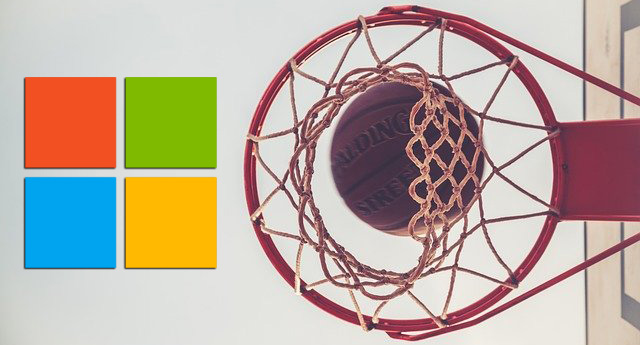 Everything You Need to Know About the Multiplayer Beta for Call of Duty: Vanguard

Windows 11 Will Be Available on October 5