When you consider the rapid adaptation of technology over time, you would expect that another social media platform would have risen up and taken the mantle in recent years, but Facebook, the looming giant in the space, has remained the most stable and powerful, seeing off all challengers thus far.

According to Sprout Social’s ‘2020 critical social media stats’, 89% of marketers now use Facebook as their primary ad platform, while 83% of consumers regularly log into the app. The alignment here makes sense, businesses will go wherever the audience is, and no platform has a larger audience right now.

But reach and resonance are not connected – just because you can reach more people on Facebook, that doesn’t mean you’re going to be able to make them stop as they scroll by and tap of click on your ad. For that, you need to establish effective targeting, you need to understand your audience and what they’re looking for, and you need to align your ad presentation with their preferences.

That takes work – but if you’re looking for some key tips in improving the performance of your Facebook ads, check out these pointers and tools.

Reaching out to old customers, or those who’ve almost become your customers (i.e. expressed interest in your brand but never converted), is one of the most effective ways to boost your Facebook campaign performance.

Both Facebook and Google enable you to optimize your campaign performance based on specific interactions (i.e. events) which occur on your site. Event tracking requires some basic coding knowledge, as you need to insert relevant code parameters on your site.

Oribi is an easy to use analytics tool that makes event tracking and implemention easy. Basically, Oribi will export your designated event data into Facebook automatically for you to then use in optimizing your campaigns. 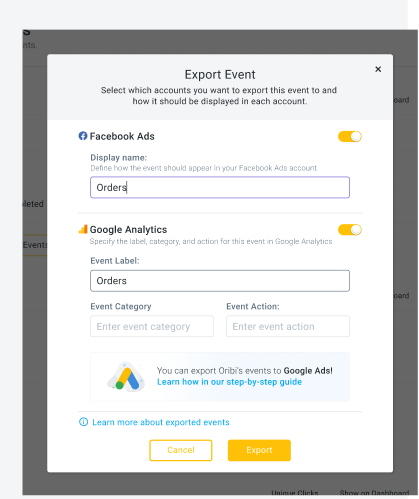 It can be an extremely useful tool for small business owners and startups that can’t afford to buy conversion optimization services, or have limited knowledge of event tracking and coding.

Moreover, by seeing which customers are converting, and where they’re coming from, you’ll find it much easier to customize your campaigns, and get better results. I saw a boost in my engagement right away, without having to rely on more complex and expensive analytics platforms.

Everyone who’s conducted even a starter campaign on Facebook would be aware of the exclusion and focus options in Facebook’s ad targeting tools. I was surprised to find through my own research that many people – even more advanced users who’ve been using Facebook ads for years – are not using them.

In a way, I understand the impulse to include as much of your target demographic as possible – after all, just having that audience in mind has already created a bubble to build on. Why would you need another one?

But social media ads are different than other media options. The more your audience sees them, in many cases, the less likely they are to follow the links.

Why is that? Because social media is a place to scroll and respond in the moment. Because we often buy or click on a whim, much more than if they were discovering a product from a storefront or dedicated search. This is obviously not the case on sites like Pinterest, where building lasting boards is the point, but Facebook is somewhere you go to react and share, not to curate.

This applies to Facebook ad exclusions, because you can use them to avoid over-exposure to people who, for example, have already purchased your product, or have been in direct contact with your brand. So if someone were to like your page, they can get updates there rather than be bombarded with ads every time they log in.

Here’s a detailed guide on how to exclude audiences on Facebook, and who you may want to prevent from seeing your ads. 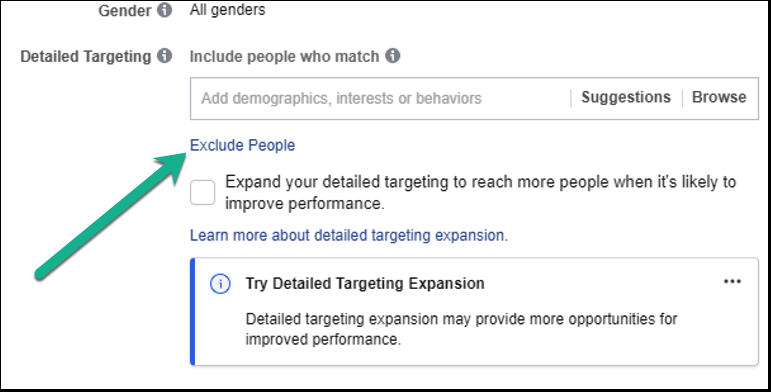 3. Get Your Customers Involved

Testimonials in ads are nice, but they fail to catch anywhere near the power of direct user to user engagement.

You can customize your calls to action to reflect the platform by asking customers to review the product directly on the thread where they discovered it.

Not too long ago, I ordered a semi-permanent hair dye from a Facebook ad. I received a message from a customer service rep in Messenger shortly after, asking if I would be willing to provide photos of my hair, and a short review in a linked ad. In exchange, they would send me a free bottle of the same or any other color of my choice.

I really liked this approach. First of all, it’s a great way of facilitating word of mouth, and instilling trust by adding authenticity to a testimonial. Second, it works well with the product – it’s a hair dye that needs to be refreshed within a couple of weeks, and it gave me the option of either opting for the same color, or trying another one. This also helped to build a relationship with me, as a customer, as it gave me the opportunity to become more reliant on the product.

But what impressed me most about this approach was the eventual results. I accepted their offer, and took two photos of the finished product once I had received it. I wrote a couple of sentences about how my hair felt and how easy it was to use. A week later, I had my free bottle in hand, virtually guaranteeing that I’ll use it again. My testimonial got more than thousand likes, and generated a lot of engagement, with both me and the brand itself, where they were able to answer questions, and plenty of people said they had just bought their own, were about to, or were tagging others who would also be interested.

Proof of concept, right there on the page.

As noted, utilizing advanced targeting, and understanding your audience, is key to maximizing your Facebook ads approach. Yes, you can reach millions of people on the platform, but no one will case if your ad is too generic, your audience is too broad, and/or they can’t relate to the advertised product.

These tips will help you address all of these key issues.