WhatsApp is the most popular messaging app in the world, with over 2 billion active users. That also means that it can provide significant opportunity for brands, and with the platform adding new business tools, and improved eCommerce and payment functions, it’s becoming a bigger marketing and outreach consideration over time.

Have you considered whether WhatsApp fits into your digital marketing plan?

For many, the bigger question is ‘how can you use WhatsApp for business?’ Which is where this new infographic can help.

The team from Headway Capital have put together a key guide on the various ways in which brands can utilize WhatsApp within their marketing plan.

There are some great tips and note here – check out the full infographic below.

www.entireweb.com
See also  Alexis Ohanian steps down from Reddit board, asks for his seat to go to a black board member
Related Topics:
Up Next

Are you more concerned about the security of your online information than you were last year?

A raft of high profile hacks, along with reports of data misuse, have sparked a new wave of debate over how social platforms utilize the information that you submit, or how it can be made available to others. And according to a new survey by Go Verizon, more people are now considering what they can do about it, and how they can better protect themselves online.

Go Verizon surveyed 1,000 Americans to get their direct insights into how they feel about data security and online safety.

Some of the key findings:

Certainly, there has been some cause for concern, but is that enough of a push to get you to delete your accounts entirely?

Some interesting insights – check out the below infographic summary for more. 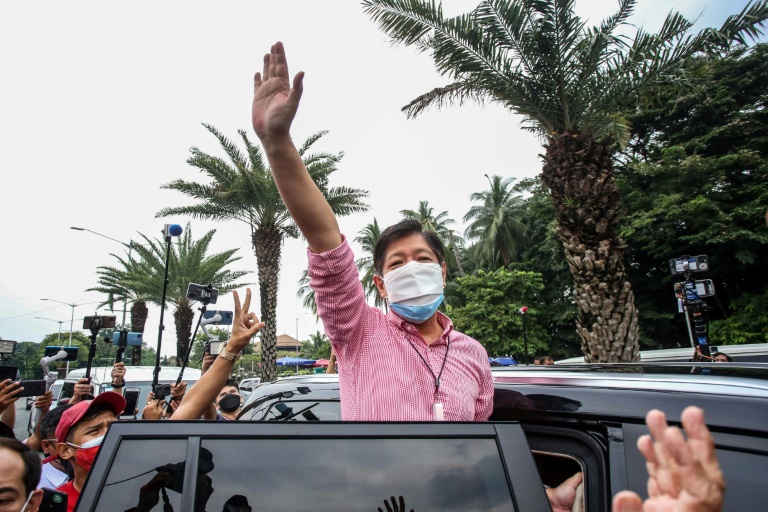 Twitter has suspended hundreds of accounts reportedly linked to supporters of Philippine presidential frontrunner Ferdinand Marcos Jr, which the social media giant said had violated its rules on manipulation and spam.

The son and namesake of the country’s former dictator is drawing support from a massive social media campaign seeking to get him elected in May, which critics say is attempting to rewrite the family’s history.

Twitter said it had reviewed the accounts and hashtags identified in a recent article by Philippine news site Rappler.

More than 300 accounts had been removed “for violating our platform manipulation and spam policy,” Twitter said in a statement sent to AFP Saturday.

Most of them had been taken down before the Rappler article was published on Tuesday and an investigation was ongoing, it said.

Filipinos are among the world’s heaviest users of social media and the country has become a key battleground for fake news.

“With the Philippine elections taking place this May, we remain vigilant about identifying and eliminating suspected information campaigns targeting election conversations,” Twitter said.

Marcos Jr’s spokesman Vic Rodriguez said there was “no certainty” that all the suspended accounts belonged to supporters of the presidential hopeful.

Election victory for Marcos Jr would mark the ultimate political comeback for the family, which was chased into exile in the United States after its patriarch’s humiliating downfall in 1986.

Marcos Sr and his wife Imelda were accused of massive corruption while in power.

Rappler said Marcos Jr supporters were “looking to dominate Twitter” and that many of the accounts it investigated were created around the time he announced his bid for the presidency in October.

The accounts pushed the narrative that the Marcoses were “victims” of the 1986 revolt and their return to Malacanang presidential palace is “long overdue”, it added.

Twitter said sharing political content on an account or rallying people do so via hashtags was allowed, “unless the accounts are inauthentic, compensated or automated, which we see no clear evidence of in this case.”

Last Monday, the social media giant said it was expanding a test feature that will allow users in Brazil, Spain and the Philippines to report misleading content.

What is a customer data platform (CDP) and why do marketers need one?