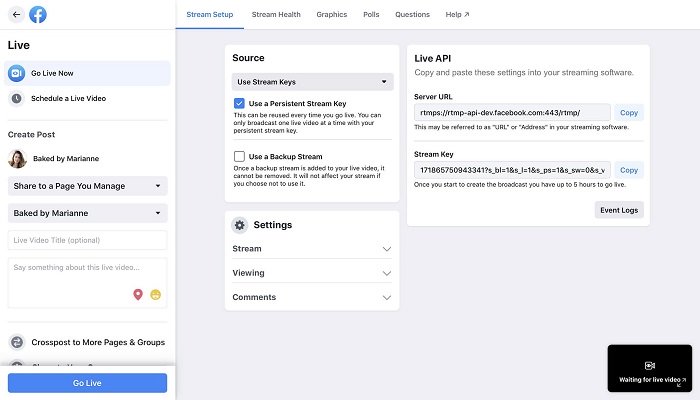 Earlier this week, Facebook reported that it’s seeing record high levels of demand for its services amid the rolling COVID-19 lockdowns across the globe. Messaging activity is up 50% across Messenger and WhatsApp, while the use of live video on Messenger is up 70%.

Another area where Facebook has seen a major increase in interest is Facebook Live. According to the head of Facebook’s main app Fidji Simo, the number of people in the US watching live-streams via Facebook Live has also risen by 50% since January.

These increases, of course, make sense – more people are stuck at home, with no social outlet, so they’re turning to the next closest thing, which is live video and messaging. And now that people are looking to Facebook Live, Facebook is taking the opportunity to add some more tools to the option, both for regular users and for professional broadcasters, in order to cater to rising demand, and also make Facebook Live a more useful, beneficial tool for connecting with an audience.

First off, for regular Facebook users, The Social Network is adding automatic closed captions, while it’s also providing a new option for people to listen to the audio of Live broadcasts without viewing the video, enabling those with lower data capacity to tune in.

Facebook has provided audio-only Live broadcasts since 2016, but this new option takes a slightly different angle, in that the broadcast itself would still be audio and video, but each individual viewer will have the option to only listen in, if they choose.

That could also come in handy for those in public places (maybe less of a consideration right now, of course), essentially turning Facebook Live broadcasts into podcasts, so you can listen in while on the go, without having to also watch the screen. In addition to this, Facebook will also now enable people who don’t have a Facebook account, or who are logged out of Facebook, to still view Facebook Live streams, maximizing the reach potential of live broadcasts.

Facebook’s also providing new options for fundraising and charity streams. Live broadcasters will now be able to generate toll-free telephone numbers within their broadcast, so that viewers can call in and contribute to the stream, while Facebook’s also expanding its Stars viewer donation process in order to enable musicians and cultural institutions to raise funds via Facebook Live.

Facebook clearly sees Facebook Live as a great means for raising awareness for charitable causes, and its working to facilitate such with these new additions and options, providing more ways for people to connect and contribute. And for musicians, many of whom rely on live events and functions, Facebook Live could provide another avenue to generate some level of income amid the shutdowns.

But the major Facebook Live additions are for Page managers and/or professional broadcasters. Facebook is also launching a new tool called Live Producer, which is an updated, cleaner dashboard for managing your Live broadcasts, including new, simpler tools for streaming via third-party capture tools and cameras, and connecting via the Facebook Live API – though all Page managers can also use it to connect via regular cameras and audio equipment. 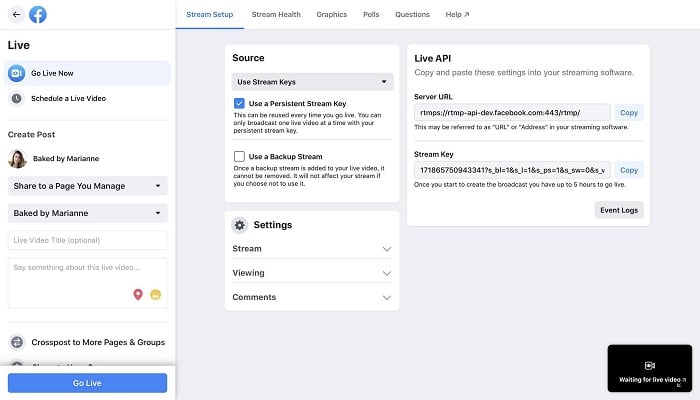 Once your stream is connected, broadcasters will have a range of new, simplified options to improve their streams. For example, Facebook has added a new set of comment moderation settings to facilitate better discussion within a broadcast. 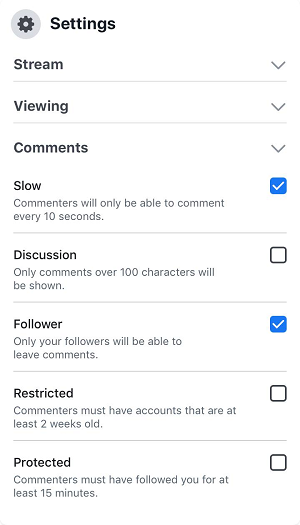 The options, as outlined above, are:

Facebook’s also added a helpful new ‘Create a Clip’ option, which, when clicked, will create a separate video clip of the most recent 60 seconds of your Live broadcast, while you’re still live, and without stopping or disrupting the stream. You can then share the clip in a separate update to promote your stream and boost interest. 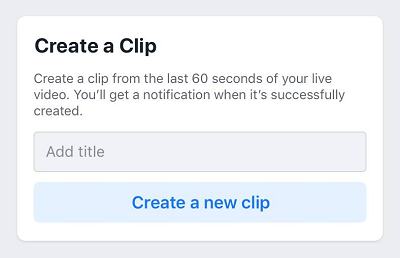 Facebook’s also beta testing a new graphics overlay option in Producer. It’s not available to all as yet, but the aim is to enable a more simple way for creators to add visual overlays to their Live broadcasts, improving broadcast quality. 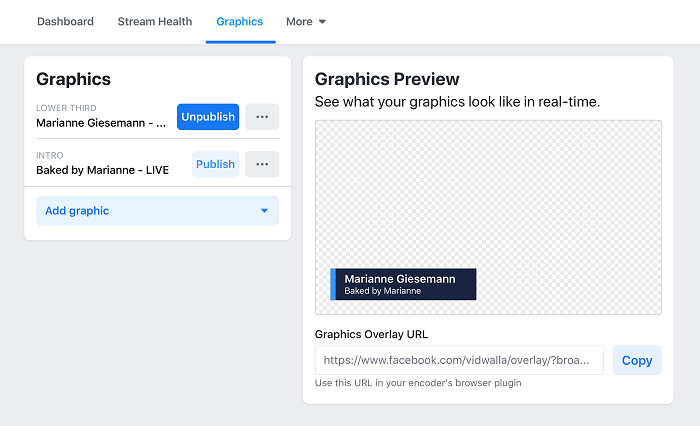 The option also extends to other functions, beyond simple brand and name displays:

“With Graphics, publishers can highlight and add viewer comments directly on top of their video stream or send polls to their audiences and display the results in real time. It also includes a variety of overlays that publishers can create before going live or on the fly, like names, tickers, and full-screen introductions.”

These are some significant additions for Facebook Live, and while they’re not available regular streamers as yet, you’d imagine that, at some stage, Facebook will look to extend them, which could provide more ways to make your live broadcasts look better, and generate more engagement.

Of course, there are existing poll options and tools within Facebook Live that you could also consider, but these new tools allow for more customization – and importantly, branding, which can help to build your presence via Live.

And given the resurgence of Live, Facebook will be hoping to carry that popularity beyond the current lockdown period, catering to increasing demand and usage – and ideally, creating a new Facebook Live eco-system that enables new creators to flourish and brings more viewers to the option. The main focus of these tools, at least for regular users, is to facilitate charity streams and provide options for artists, but the pro tools will also spark interest, with more businesses looking to tap into that expanded Live audience.

With users increasingly turning to tools like Live to connect, that could facilitate new digital trends that take hold long into the future, so definitely, it’s worth paying attention to the current shifts, and noting where they go from here.

The new Live Producer interface can be accessed here, with comment moderation and clipping available from today. Facebook says that its new graphics options will be made available to all “later this year”.