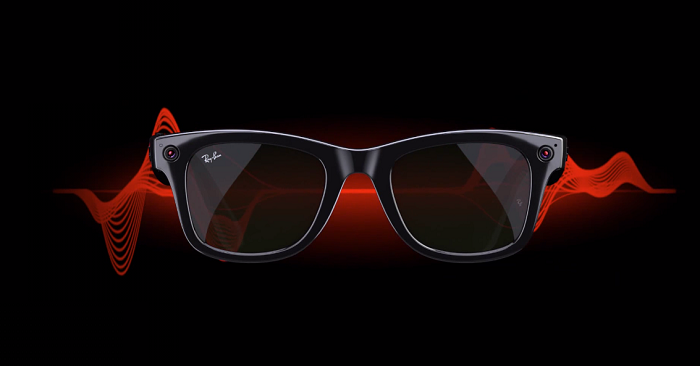 With Facebook – or Meta as its parent brand is now known – gradually expanding its catalog of physical products, it makes sense that the company would also be considering physical stores as well, as a means to better showcase its next-level hardware designs.

Which, according to The New York Times, could be on the cards, with leaked internal documents outlining plans for IRL Facebook stores through which it would sell its VR headsets, AR glasses, Portal devices and more.

“Meta has discussed opening retail stores that will eventually span the world, said people with knowledge of the project and company documents viewed by The New York Times. The stores would be used to introduce people to devices made by the company’s Reality Labs division, such as virtual reality headsets and, eventually, augmented reality glasses, they said.”

The broader idea is that in order to guide users towards Meta’s vision of the metaverse, an immersive digital world of endless possibilities, Meta will need to get more of these tools into more homes, and physical stores could be a better way to establish direct-to-consumer supply chains, while also enabling new showcase opportunities to generate more sales.

Which makes sense. Right now, you can buy Facebook’s products in retail stores, but they’re lining the shelves alongside many other competing devices and options, and don’t generally get specific focus. If Facebook wanted to invest more into direct marketing, and showcasing its next-level plans, it would be best-placed to do so via its own, dedicated promotion and product displays, which it could directly control within its own stores, built specifically around its offerings.

Meta’s VR headsets seem like the most obvious focus in this respect, with the company’s fully-enabled metaverse vision aligned around wholly interactive VR worlds, which would only truly be possible in the VR environment.

If Meta can build the central platform that would facilitate such connection, it’ll be well-placed to play a central role in the next stage of digital connection – which Meta has been keen to repeat that no one company will ‘own’, as such. But in reality, somebody will need to build the platform that other developers can plug into, and Meta is likely best-placed to play a key role in establishing the parameters for universal connectivity and functionality in this respect.

Eventually, that will likely require the establishment of an independent consortium, or industry-wide agreement, which would then facilitate the creation of universal schemas and data sharing processes for interoperability within the space, and broader creative and collaborative pathways. But again, Meta, with its advanced work in VR (via the company formerly known as Oculus), is already leading the way, and looks well-placed to win out in this shift.

Which then points to consumer adoption, and maximizing hardware take-up to build to that next stage. Meta is already seeing strong consumer demand for its standalone VR units, and has plans for more advanced versions of the device, while it now also has its Portal video calling device, which has also seen a jump in sales amid the pandemic, and its Ray Ban Stories smart glasses collaboration.

Meta’s also reportedly working on a new smart watch, and could also be looking to develop new beacons for retail stores, as a means to provide more direct sales insight to counter data losses as a result of Apple’s ATT update.

On another front, Meta could also look to include full body scan booths within these stores to better connect people into the virtual space.

As you can see in this video, Meta’s developing new scanning technology that would facilitate more accurate representations of people in AR/VR – but there’s no way that you or I will be able to conduct full-boy scans like this, at this level of accuracy, using our own mobile devices.

You’ll need a dedicated studio, like the one shown in the clip, to facilitate such – and maybe, that could be another element of Meta’s retail store offering.

As an aside, it’s also interesting to note the expanded visual data catalog that Meta could end up building with this. The company recently announced the shut down of its facial recognition program, due to ongoing privacy concerns, yet at the same time, it’s looking to create full-body scans like this, taking in even more visual data.

It seems that Meta won’t be losing much by deleting its old Face ID database, at least in the longer term.

In combination, the company does likely now have enough hardware offerings and functions to establish a chain of retail stores, and the financial motivation to move ahead with the project, given the emphasis that it’s placing on its metaverse push.

Establishing consumer supply chains is complex, and in some ways, Snapchat has a leg up on Meta on this front, with its Spectacles product having been available via various retailers for some time. But opening up its own retail chain would negate this impact, and would better place Meta to maximize sales growth, and boost product awareness, all but ensuring greater take-up.

It would be a major undertaking, but it does make sense – and again, the company’s expanding product line points to growing opportunity in this respect.

Soon, a Meta store could be coming to your local mall, which would make connecting into the metaverse as easy as buying a headset at a store and logging on.

There’s a way to go in this, but you can see how the next stage is getting closer with every shift.