It’s interesting to see what effect even the slightest level of friction can have on negative behaviors online, and how it can reduce unnecessary angst or disagreement, just through a basic heads-up.

Twitter launched a first iteration of the test back in May 2020, before it decided to shelve it during the US election period.

The new test, with an updated format for the alert, was released to selected users on iOS, and in a new report on the experiment, released this week, Twitter says that in 30% of cases where users were shown these prompts, they did in fact change or delete their replies, in order to avoid possible misinterpretation or offense.

Which is a significant amount – imagine if Twitter was able to remove 30% of the negativity and abuse on its platform through a simple nudge to each user.

That number’s also not fully reflective of the potential impact, as this means that, in 30% of cases when it was shown, the tweet author looked at the recommendation, then re-assessed their reply. But in many of the other 70% of examples, Twitter’s algorithms would have got it wrong, and it may not have been offensive at all. That means that the benefit here, in terms of reducing angst, could be huge – and again, it’s amazing to consider how such a simple prompt can have such a big impact.

Though it shouldn’t be overly surprising. Back in 2020, Twitter also added another pop-up alert which appears when users attempt to re-share articles in their tweets without actually opening the article link and reading it themselves first.

After three months of that implementation, Twitter reported that people who saw these alerts were opening articles 40% more often, while people opening articles before retweeting, specifically, increased by 33%.

Again, it’s just a small push, a tiny element of friction in the process. But it can have big results, with the immediacy of social media interaction often leading to less than thoughtful replies, and by simply asking people to re-assess, that, evidently, is often enough to change user behaviors.

The extension of that could also be that more users consider their overall tweet responses more deeply, and what they’re actually sharing online. Which, on a large scale, could have a big impact, and it’ll be interesting to see if Twitter does eventually roll out the alerts to all users.

Right now, Twitter’s extending the initial test, with users in Brazil now also set to get these prompts.

But it could go even further, and it could end up being another significant step in improving the in-app experience.

Ukraine fight brings Russia’s nationalists in from the cold 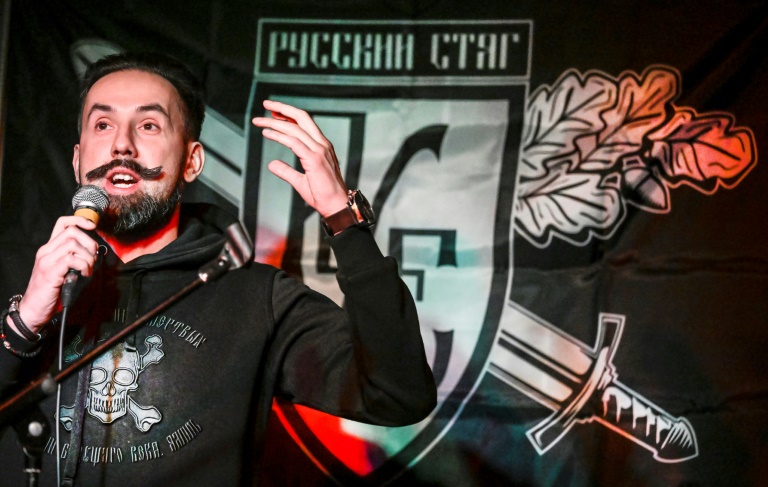 In blog posts and on radio, Roman Antonovsky speaks up for ‘the great Russian Empire’ – Copyright POOL/AFP/File Jack TAYLOR

Moscow’s military intervention in Ukraine has done wonders for the career of nationalist  blogger Roman Antonovsky, whose air time has spiked since fierce fighting broke out in February.

“Patriotism is the newest fad in Russia,” the 42-year-old marketing specialist with glistening eyes and a handlebar moustache reminiscent of Russia’s imperial era said before taking to the stage at a patriotic concert in Moscow.

“I like your faces. They haven’t been disfigured by liberalism!” he told the like-minded crowd, before reading out nationalist poems.

Once sidelined as a threat to the Kremlin, nationalists are emerging as a driving force behind what President Vladimir Putin has dubbed Russia’s “special military operation” in Ukraine.

Their hardline support for the campaign has even emboldened them to unleash rare criticism of officials they deem responsible for mistakes on the battlefield.

After setbacks like in Ukraine’s northeast Kharkiv region and southern city of Kherson, nationalists have lashed out at generals, demanded a general mobilisation and even for the use of nuclear weapons.

– ‘Russophobia has united us’ –

Their growing clout was on display in August at the funeral of Daria Dugina — the daughter of far-right political figure Alexander Dugin — after her death in a car bomb blamed on Ukraine.

Hundreds gathered for the memorial service in Moscow and condolences poured in, including from Putin.

Research carried out by the Levada Centre shows that 78 percent of Russians believe Russia is a “great country surrounded by enemies,” Gudkov said.

And a growing sense of Russia’s isolation is popular message for Russia’s new patriots to espouse.

In blog posts and on radio, Antonovsky speaks up for “the great Russian Empire” as “the last bastion of traditional values”.

He blasts what he describes as the liberal West and calls for a purge in Russia of “Russophobes” and to nationalise the media.

“Western Russophobia,” he says, “has united us”.

Valery Romanov, a student, says some young people are drawn to Russian history and nationalist voices partly to better understand “what is happening now”.

“Nationalism is not necessarily extremism,” the 19-year-old said. “It’s the highest form of patriotism”.

He also manages logistics at the Black Hundred publishing house named after a monarchist and ultra-nationalist movement in Russia in the early 20th century.

Two of his friends, he told AFP, took a year off from studying to fight in Ukraine.

Romanov however is contributing by collecting donations of medicine, food and clothes to send to the front.

Twenty-seven-year-old researcher Daniil Makhnitsky, who considers himself a “national-democrat” is the founder of a small political group called “Society.Future” which is also collecting donations for Russian troops.

Their next truck will leave with 2,300 first-aid kits, he said.

“Europe thought sanctions would push us to overthrow Putin. But they had the opposite affect: Russian patriotism is booming,” he said.

Gudkov, the sociologist, says the rising nationalist tide that currently serves the Kremlin has potential drawbacks.

“This imperial chauvinism could be very dangerous. It could become a dominant political force in the country due to the weakness of civil society,” he says.

Makhnitsky has “no illusions” about the Kremlin’s tolerance for the movement.

“It’s a marriage of convenience,” he says. “Once a peace deal is signed, it will be over”.

Ukraine fight brings Russia’s nationalists in from the cold

How To Create A Child Theme & Block Theme