The platform is currently testing a new display format for retweets, which would incorporate both retweets and retweets with comments into a single, overall retweet count.

As you can see in this tweet, shared by user Bruce Floyd, in this new display format, all of your various retweets would be incorporated into one data point. Simple, easy.

This has been an annoyance for many Twitter users over time – up till now, Twitter has actually considered a retweet with comment to be a unique tweet in its own right, so it deliberately hasn’t included them in your total retweet count. Many have suggested that this is likely a bug, but it isn’t – and now, if the test goes well, the issue could be clarified, once and for all.

In addition to this, Twitter’s also testing out a new way to display retweets with comments in your retweet listings, splitting the two different types of retweets into their own sub-tabs. 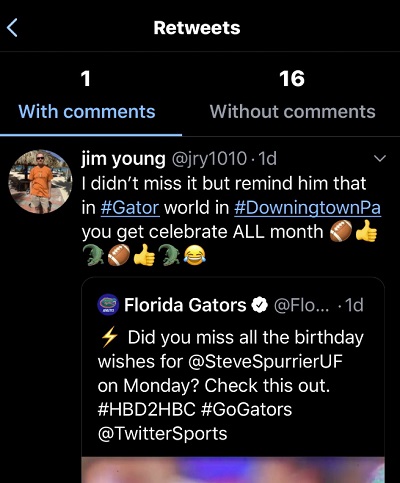 Twitter has confirmed the test to SMT, saying that:

“This is a test on iOS. People have told us they want to see more of the conversations they care about, so we’re testing making Retweets with comments easier to see.”

So, iOS limited at this stage, but it looks to be a positive change that could make it easier to understand your retweets.

PPC In The Time Of COVID-19: You Asked, We Answered

Twitter will remove dubious 5G tweets ‘that could potentially cause harm’