Immerse yourself in realistic combat gameplay and the vast terrain of the idyllic island of Everon, or even create your own! With Arma Reforger (Game Preview), players experience a fight for supremacy over 51 km2 of stunning landscape in an authentic Cold War setting.

Live the thrill and intensity of Arma’s realistic battle on Xbox for the very first time. This standalone, multiplayer sandbox serves as a steppingstone on the road to Arma 4 and offers a sneak peek of what’s to come.

Arma Reforger (Game Preview) offers a seamless multiplayer experience via two distinct game modes. The first is Conflict, which enables players to join others online and experience realistic Cold War combat, fighting for the island of Everon in a massive, open-world terrain as a soldier of the US or Soviet Army. Capture strategic positions, dominate the battlefield, and work in tandem with others to secure objectives in a dynamic and unforgiving environment that features weapons and vehicles authentic to the period, recreated in meticulous detail.

The second multiplayer game mode is called Game Master, which is as powerful as its name suggests. Game Master is an easy, user-friendly tool that allows players to create various scenarios, manage events as they unfold, and guide other players through curated experiences via Reforger’s real-time scenario editor.

As mentioned above, Game Master mode offers access to a dynamic, no-holds-barred editor that can create and / or manage in-game scenarios in real time. Designed for newcomers and Arma veterans alike, this curative, mod-compatible game mode offers a responsive battleground where anything can happen. You also can enjoy other people´s mods! Play their scenarios or deploy assets from them. Players can explore the Workshop and filter created content using various criteria like rating, content type, genre, and more. There’s no need to reload the game if you want to join a modded server; simply join the server where your desired mod is located and enjoy!

Arma Reforger (Game Preview) is just the beginning for Bohemia Interactive and its renowned series; a platform that serves as a steppingstone on the road to Arma 4 and offers an exciting glimpse of the bright future ahead. It’s a tremendous opportunity for Arma’s players: the chance to test Arma’s approach, gameplay, and infrastructure and to shape what comes next for Arma 4 and the series as a whole.

This game is a work in progress. It may or may not change over time or release as a final product. Purchase only if you are comfortable with the current state of the unfinished game.

Powered by the new Enfusion engine, Arma Reforger lets you fight for supremacy over 51 km2 of incredible island terrain in authentic Cold War setting, or create unique scenarios in real-time with the Game Master curation mode. Return to Everon, the war-driven microstate from the hit game that started it all, Arma: Cold War Assault.

Arma Reforger is a first step towards Arma 4 and a versatile platform, offering a glimpse of things to come.

Everon
Return to Everon, a 51 km² mid-Atlantic island in the Malden archipelago. Revisit familiar locales from Operation Flashpoint and revel in the natural beauty of a massive open-world; a stunning landscape of pine and broadleaf forests, flowing rivers, ponds, idyllic towns, and austere mountains, surrounded by pebble beaches and rocky coastlines.

Conflict
Join players online and experience realistic Cold War combat as a US or Soviet Army soldier. Capture strategic positions, dominate the battlefield, and work with others to secure objectives in a dynamic, unforgiving environment. With a selection of period-authentic weapons and vehicles, recreated in meticulous detail, Arma Reforger’s multiplayer game mode returns you to war.

Game Master
Control events, create unique missions, and guide players towards victory in Game Master — or submit yourself to the challenges devised by all powerful creators and fight your way through a responsive sandbox where anything can happen.

Workshop
Expand the game with original modded content from other creators! Download mods from the The Workshop, Bohemia Interactive’s own integrated, repository service, and enrich your game with new assets or scenarios.

Multiplatform
Deploying on both Xbox and PC for the very first time in the Arma series, Arma Reforger’s modded content is now available to all and can be downloaded by console owners from the Workshop, a content creation sharing repository, exclusive to the game.

Multiplayer
Curate events for friends behind the fog of war as Game Master in Arma Reforger’s real-time scenario editor or team up and go head-to-head with others across a sprawling island terrain in Conflict. 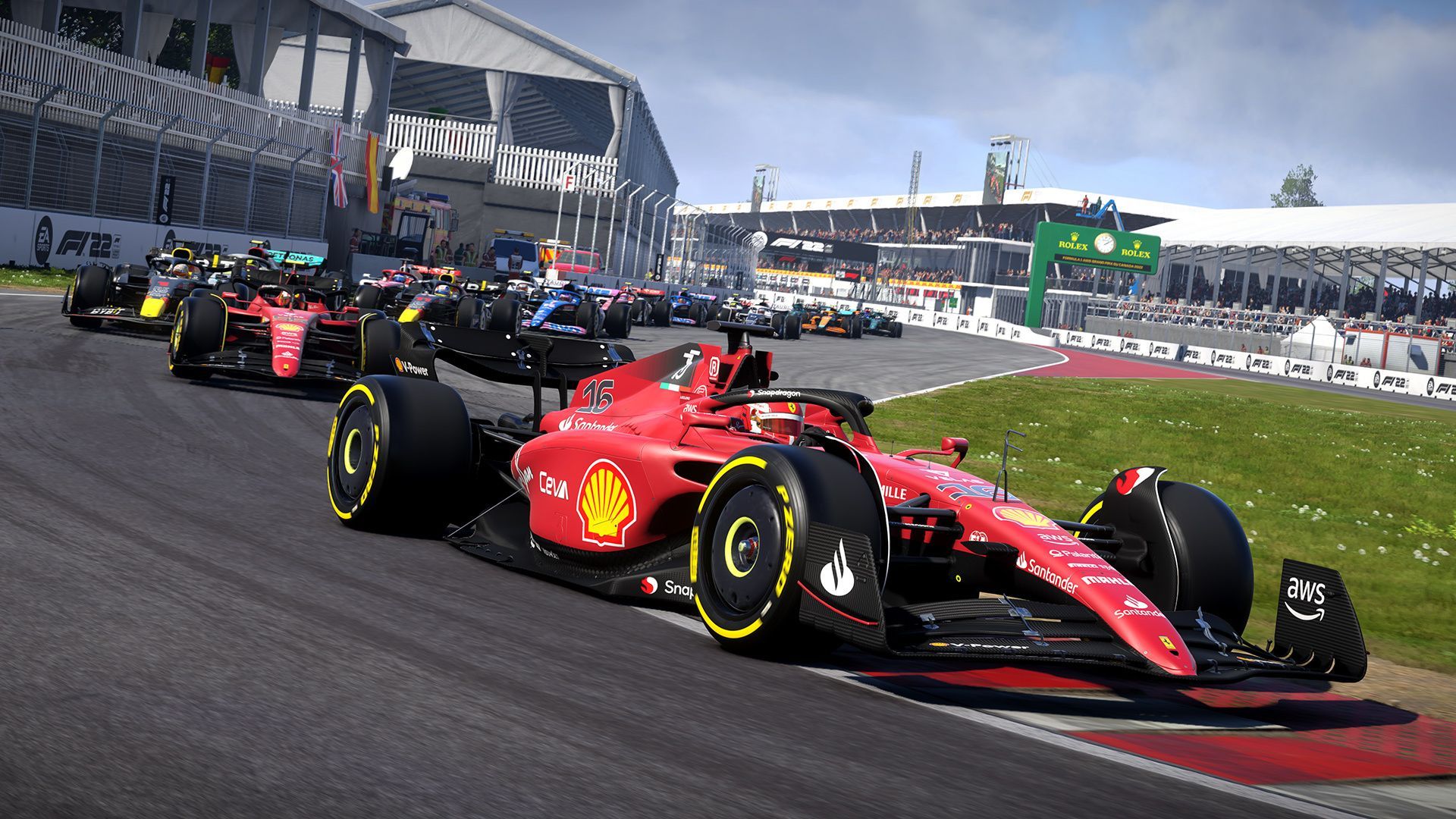 Today, the new era of Formula 1 has landed on Xbox consoles across the world with the arrival of EA Sports F1 22 on EA Play.

EA Play members can get on track early with the F1 22 10-hour trial starting today, June 28. Or if you’re an EA Play Pro member, you’ll be able to play the full Champions Edition.

The latest edition in the official F1 series of video games allows players to race the stunning new F1 cars, designed for greater competition, against the current lineup of all 20 drivers and 10 teams, and compete in the recently added F1 Sprint.

Players can add more race-day authenticity with new Immersive or Broadcast race sequences, such as formation laps, safety car moments and pit stops, with the ability to take control of their vehicle or watch a TV-style sequence. The acclaimed Career is back with two-player option, My Team now comes with three starting points, and players can race head-to-head in split-screen, or online in Multiplayer.

New for F1 22 is F1 Life; a new social hub that allows players to personalize their character and apartment with the latest fashion items, accessories and supercars. The hub also serves as a multiplayer lobby, making it easier to connect with friends. The eight supercars, unlocked through gameplay, can be raced in the new Pirelli Hot Lap feature.

EA Play Pro members and purchasers of the F1 22 Champions Edition will receive a whole host of additional content:

F1 22 will release July 1, 2022 for Xbox Series X|S and Xbox One. Players can purchase the digital-only F1 22 Champions Edition today for additional content and up to three days of early access. If you’re not already a member, join EA Play today to join the new era of Formula 1 in EA Sports F1 22, the official video game of the 2022 FIA Formula One World Championship.

How Can You Improve Your Blog’s Content with a Paraphrasing Tool?

What is Employee Engagement? [+11 Data-Backed Benefits and Strategies]

Google Says They Are Communicating About More Algorithm Updates