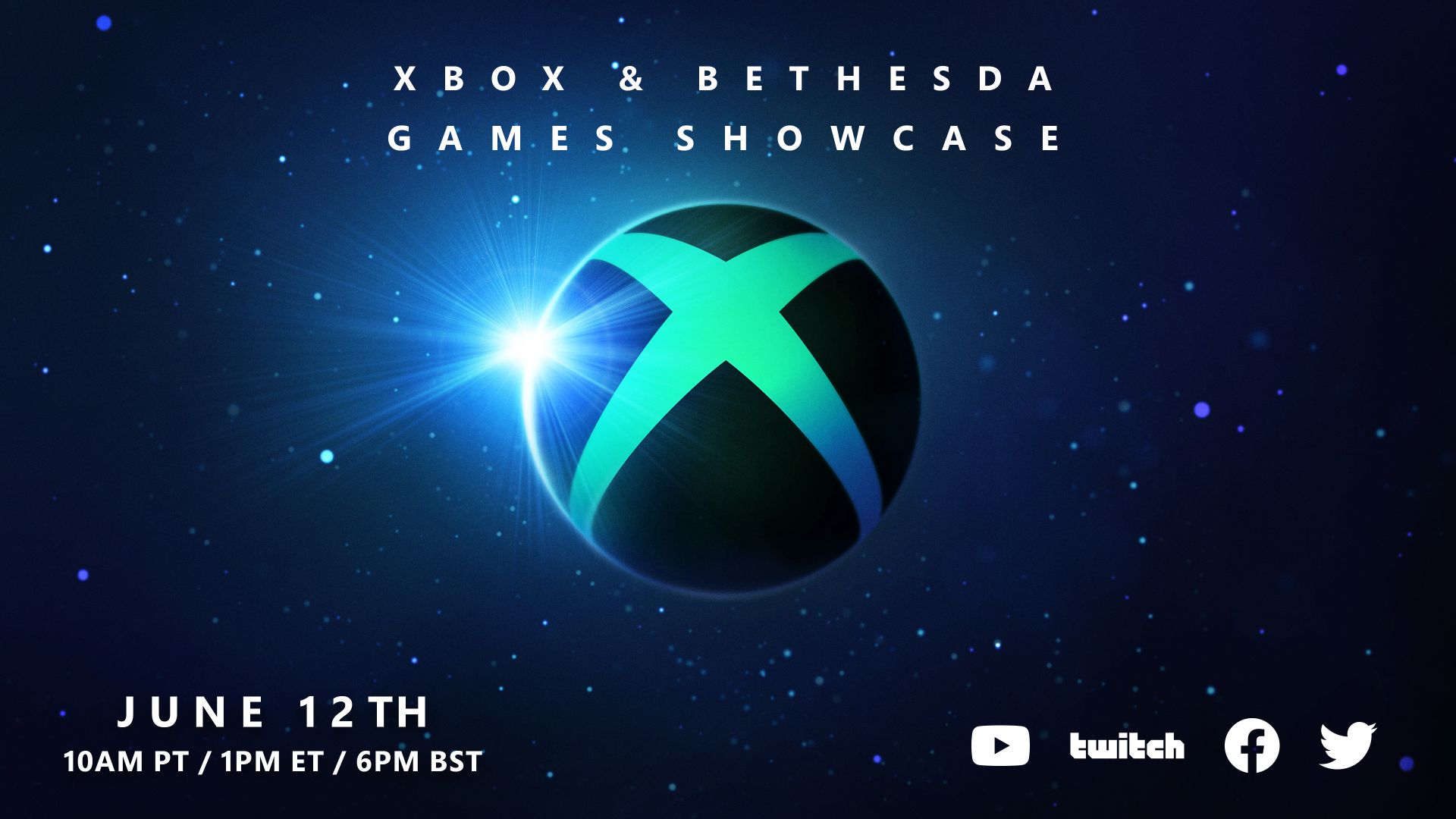 In a little less than a week, gamers across the globe will come together to watch the Xbox & Bethesda Games Showcase, featuring the latest on games from Xbox Game Studios, Bethesda, and our partners from around the world.

The show will include everything you want to know about the gaming lineup coming to Xbox and PC, including upcoming releases on Xbox Game Pass, and more.

Wherever in the world you may be, if you have a screen and internet access, you’ll be able to join in on our biggest moment of 2022 so far. Now, how about some specifics?

How do I watch? The showcase will be streamed out live on official Xbox channels, including Twitch, YouTube, Facebook, Twitter, and, for the first time, TikTok.

The show will also be streamed out simultaneously on regional Xbox and Bethesda channels around the globe, as well as on Steam, China’s Bilibli, and media outlets.

Important note: the show will be streamed in 1080p at 60fps. For a more representative look at the visuals contained in the showcase, we recommend watching the 4K / 60fps rebroadcast of the showcase on the Xbox YouTube channel, which will be available after the conclusion of the premiere. We will be sure to post on @Xbox social when the 4K / 60fps version is ready to view.

Is the event available in languages other than English?  We will be providing subtitle support and/or audio dubbed translations in the following languages: Arabic, Chinese (Simplified), Chinese (Traditional), Czech, Danish, Dutch, Finnish, French, German, Greek, Hebrew, Hindi, Hungarian, Indonesian, Italian, Japanese, Korean, Malay, Norwegian, Persian (Farsi), Polish, Portuguese, Portuguese (Brazilian), Russian, Slovak, Spanish (Castilian), Spanish (Latin America), Swedish, Thai, Turkish, Ukranian, and Vietnamese. We expect to have all languages available with the show’s live broadcast but it is possible that select languages may need to be added in the days following the broadcast if they have not finished translating.

The easiest way to find your preferred language is to check out your country’s Xbox page on Facebook or by viewing on the official Xbox YouTube channel and clicking the gear icon in the lower right corner.

Is the show going to be Accessible to those with low/no hearing or low/no vision? There will be a version of the show with Audio Descriptions (AD) in English on the Xbox YouTube channel, and American Sign Language (ASL) on Xbox’s YouTube channel and the new /XboxASL Twitch channel.

I’m not going to be able to watch, where can I find out what was announced? As announcements roll out during the broadcast, the Xbox Wire team will be publishing detailed blog posts containing key announcements right here at news.xbox.com (including localized versions in Brazilian Portuguese, French, German, LATAM Spanish, and Japanese).

Xbox FanFest Watch Parties: There is no better way to celebrate this year’s Xbox & Bethesda Games Showcase than with friends around the world! That is why we are inviting all Xbox fans to join us at the Xbox FanFest Virtual Watch Party. To get access, sign up as an Xbox FanFest fan at www.xbox.com/fanfest and opt-in to the virtual event.

Notes for co-streamers and creators: We at Xbox greatly appreciate any co-stream efforts and aim to ensure you have a smooth experience if you choose to do so.

However, due to forces beyond our control, we cannot guarantee that glitches or disruptions by bots and other automated software won’t interfere with your co-stream.

Video on Demand (VOD): For those planning to create full post-show breakdowns in the form of VOD coverage, we recommend you do not use any audio containing copyrighted music to avoid any action by automated bots, and to also consult the terms of service for your service provider.

Will there be an Extended Show? Yes! Stay tuned for the Xbox Games Showcase Extended on June 14th at 10am PT where we will share new trailers, take deeper looks at the news from the Xbox & Bethesda Games Showcase and speak with some of your favorite game creators. This all-new broadcast is approximately 90 minutes in length, and will be broadcast live in English, Latin America Spanish, Brazilian Portuguese, German and French, and the additional languages we offer will be available within a week. Audio Descriptions and American Sign Language will be offered live.

See you on Sunday!