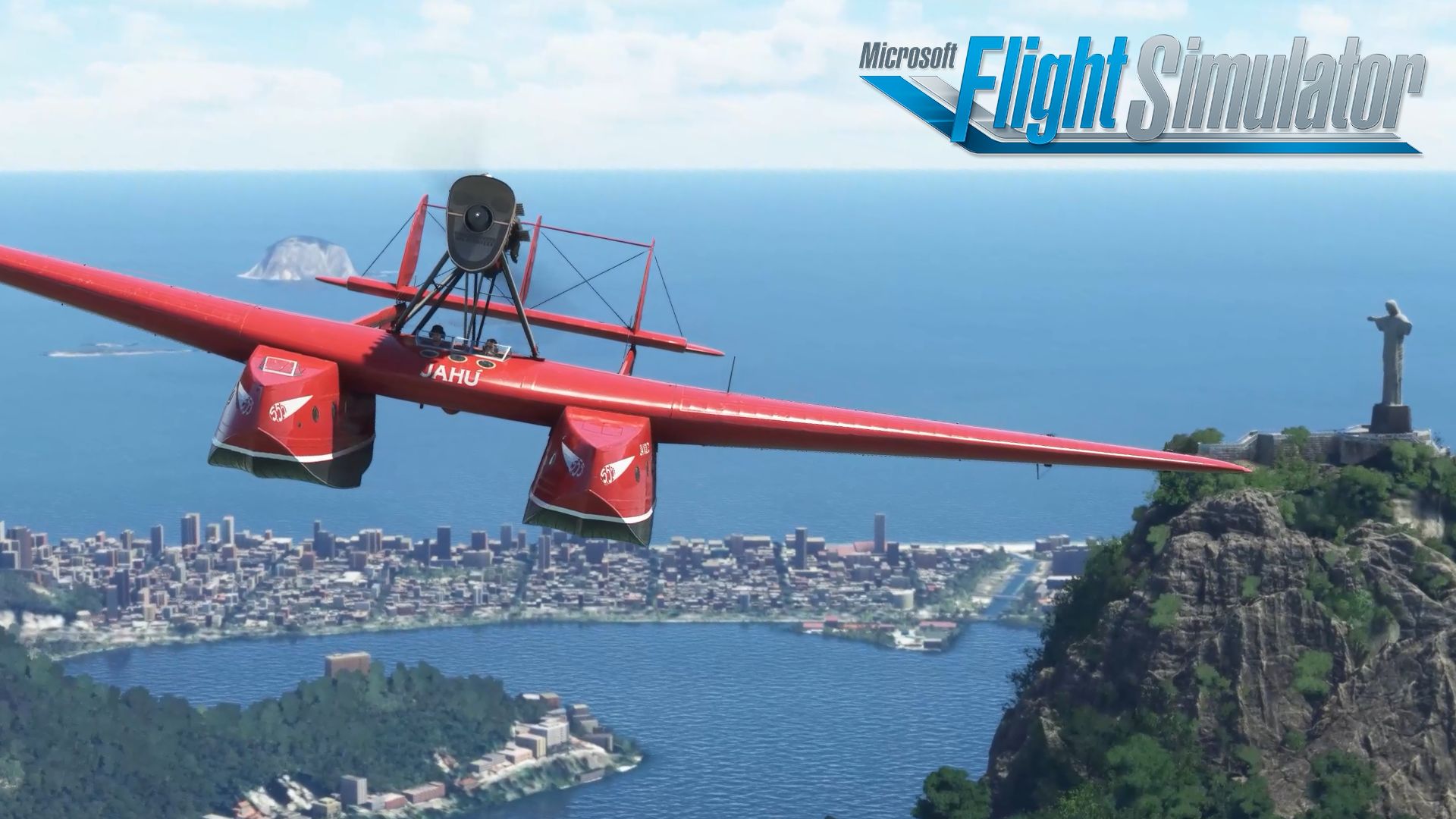 One of the most distinctive and memorable aircraft in history comes to Microsoft Flight Simulator.

Today we are pleased to introduce the fourth plane in the Microsoft Flight Simulator “Local Legends” series, the S.55. The “Local Legends” series celebrates the history of aviation and this plane, a twin-engine flying boat produced by Italian aviation manufacturer Savoia-Marchetti of Milan, is linked to our most recent World Update IX: Italy and Malta. It features a catamaran hull design, twin tail booms, triple vertical stabilizers, and a tractor-pusher engine-propulsion system mounted above its main wing. Constructed primarily of wood, the hydroplane’s cockpit is located in the forward mid-section of the main wing and its hulls can be configured to carry a number of combinations of fuel, passengers, and cargo.

Savoia-Marchetti conceived the unique craft during the inter-war period to serve military roles, primarily that of a torpedo bomber, with its payload (which could also include bombs) slung under the centerline of the main wing between its two hulls. The premise was that the S.55 could wait at sea and surveil an area for approaching ships, then launch and attack. The hydroplane roared into the sky for the first time in August of 1924. While the Italian military initially disapproved of the concept, they adopted the flying boat into service in 1926. The plane engaged briefly in combat (during the Spanish Civil War), but its enduring legacy is its operations as aircraft of choice for a number of long-range flights, notably trans-Atlantic journeys.

This prototype version of the S.55, Jahú, was flown by Brazilian aviator João Ribeiro de Barros, from Genoa, Italy, to Sao Paulo, Brazil, completing the incredible voyage in 1927. The inspiring journey marked the first time that aviators hailing from the Western Hemisphere completed a trans-Atlantic flight. The Jahú is the last surviving Savoia-Marchetti S.55 and is on display at the TAM Museum in the Brazilian city of São Carlos.

This model, the S.55X, from 1933, represents the final and most advanced iteration of the airframe produced. Only 25 were constructed. With an 800-horsepower Isotta Fraschini W-18 engines driving three-blade metal propellers and improved instrumentation, the S.55X boasts the highest performance and greatest range of all S.55 variants.

Shortly after their completion, all 25 ‘X’ models participated in a mass trans-Atlantic formation flight, known as the “Decennial Air Cruise,” led by General Italo Balbo of the Regia Aeronautica (Italian Royal Air Force). This flight, from Rome to Chicago’s 1933 Century of Progress world’s fair, is one of aviation history’s greatest success stories. It proved the quality of design and craftsmanship of the S.55X, the intrepidness and skill of the Italian aviators, and demonstrated that trans-Atlantic passenger service by airplane was feasible.

The Savoia-Marchetti S.55 and S.55X are available as a package in the Microsoft Flight Simulator in-sim marketplace today for $14.99. We will continue to introduce aircraft to the “Local Legends” series in the coming months. The sky is calling!

How to Watch the Xbox & Bethesda Games Showcase on Sunday

This Week on Xbox: New Pre-orders, Games with Gold, and Updates