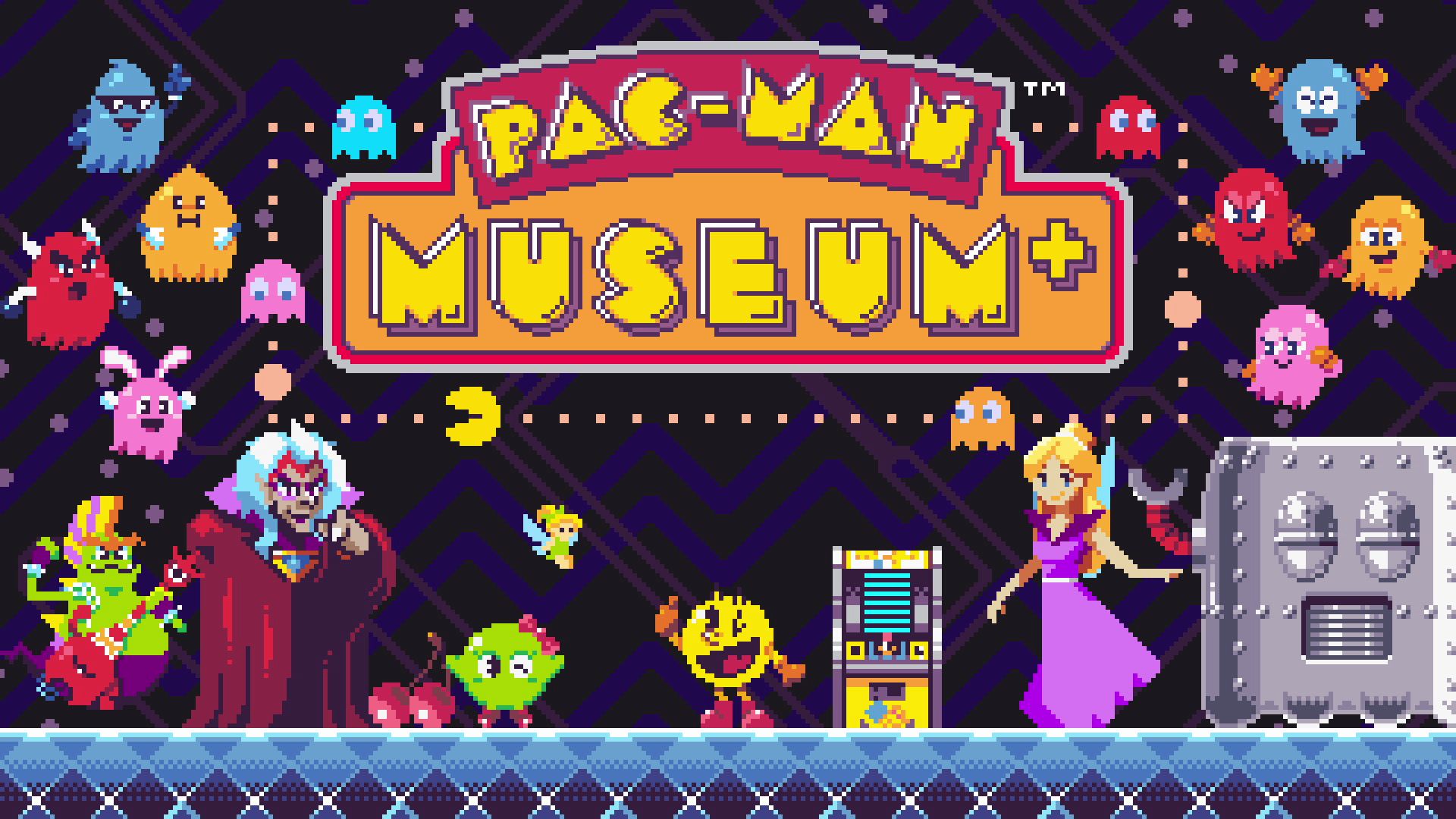 Visiting arcades as an ‘80s and ‘90s kid was so much fun. From 6-player beat ‘em ups to racing games, and every style in-between. Of course, my good friend Pac-Man was always there to quench my thirst for maze-running action. Arcades were, and still are, a place where you can discover something so incredibly fun and vividly designed that you won’t want to miss a pixel of the action. This is exactly what happened when I first discovered Pac-Mania in 1987.

My grandpa would sometimes take me to this arcade shaped like a castle and give me a few quarters so I could seek out Pac-Man or Super Pac-Man. But on one visit I discovered something different: Pac-Mania. With isometric 3D graphics, catchy music, and the idea that Pac-Man could now jump over the Ghosts – my mind was blown. I spent almost all my quarters on Pac-Mania that day and it’s a discovery that I’d return to again and again.

Pac-Man Museum+ is out now for Xbox One, Xbox Series X|S, and with Xbox Game Pass, and that feeling of discovery is part of what makes this collection of Pac-Man games so special. Featuring 14 games from over 40 years of Pac-Man history, it’s the biggest collection yet. On top of that, the in-game hub is a fully customizable virtual arcade that can be re-arranged and decorated with items, statues, wallpapers and more that are earned as you play each game.

As you guide Pac-Man around the arcade you’re bound to discover Pac-Man games you may not have played, mixed with those you know you enjoy. The virtual arcade’s audio ambiance sounds like a real arcade, with a mix of game sounds and background music creating a tasty soup of Pac-Man audio goodness — this too can be customized with background music tracks that are unlocked as you play.

Pac-Man Museum+ features a variety of gameplay styles in the 14 in-game titles. Of course, you’ll find great variations on Pac-Man’s tried and true ghost-chomping action such as Pac & Pal and Pac-Man Arrangement, but there’s also the action platforming of Pac-in-Time, Puzzle style such as Pac-Attack, and intense competitive styles with Pac-Man Championship Edition and Pac-Man Battle Royale.

Arcades are also a place where you can show off your talent by entering your initials after getting the hi-score. Pac-Man Museum+ has online leaderboards which give you a shot at arcade-style bragging rights, but on a far larger scale than a single arcade cabinet could offer!

Pac-Man has been chomping ghosts and eating fruit for 42 years now, and we’re proud to celebrate his legacy with the release of Pac-Man Museum+ with Xbox Game Pass; Ultimate members can play with cloud gaming and touch controls — no controller needed!

Play a variety of classic and nostalgic PAC-MAN games across many genres!

• Includes 14 legendary PAC-MAN titles
Play all 14 legendary titles like the classic PAC-MAN and PAC-LAND, as well as the newly included PAC-IN-TIME and PAC-MAN 256. Whether you love the original PAC-MAN’s side-scrolling action or the puzzle genre, this collection has something for everyone!

This Week on Xbox: New Pre-orders, Games with Gold, and Updates 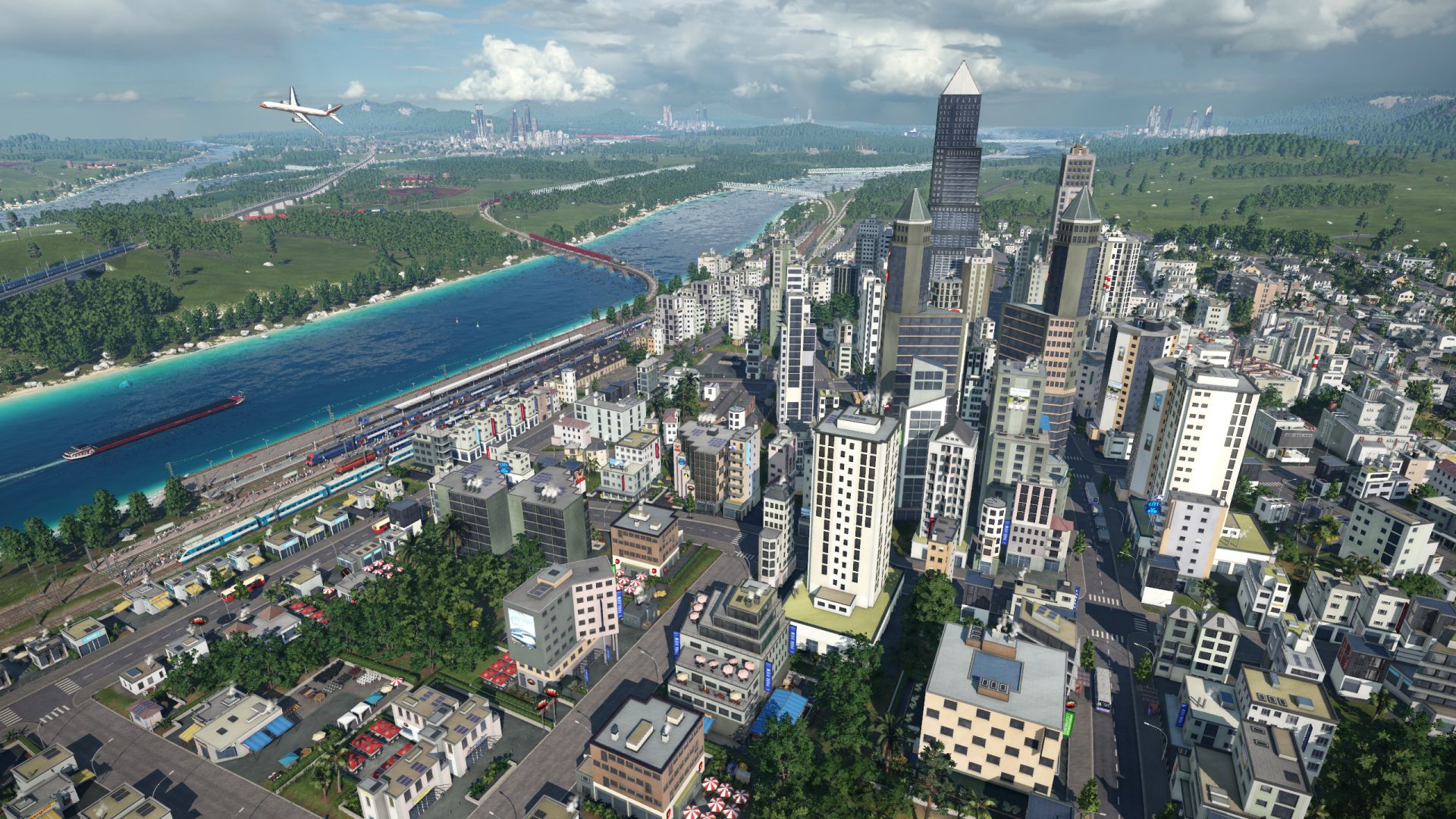 Today, we proudly share a sneak peek into the development of Transport Fever 2: Console Edition, and how we managed to bring the full transport tycoon experience to Xbox.

Transport Fever is a very popular and highly rated transportation tycoon franchise on PC. Its latest entry, Transport Fever 2, delivers a level of size and detail never before seen in the genre. The goal of the game is to build a successful transportation company by constructing railroads, streets, water and air lines. Starting in the 19th century, the player connects towns and industries to transport both passengers and cargo. In addition to a customizable free game mode, there is also a fully-fledged campaign mode with challenging missions set in real-world transportation history.

After the huge success of Transport Fever 2 on PC, it was only logical to bring the experience to consoles as well. Not only that, but no efforts were spared to give the console community the full experience that made the game great on PC. In order to achieve this, the engineers at Urban Games had to pull some rabbits out of their engineers’ hats.

One of the most cherished features of Transport Fever 2 are its highly detailed vehicles. The game comes with more than 200 lovingly hand-modeled trains, ships, and airplanes, each sporting multiple 4k textures and normal maps.

On PC, it is easily affordable to have all the models and textures in memory whenever needed, as a typical rig has 16 GB of RAM and a GPU with a dedicated extra memory. Consoles, however, are built differently. They have a unified architecture with an overall smaller amount but ultra-fast memory. The key to make it work on consoles is texture streaming, which allows to clear textures of models that are not in view anymore. Moreover, this technology is used in Transport Fever 2 to constantly load textures at the highest affordable resolution to present the stars of the show, like the classic Class A 3/5 steam locomotive, in their best coat of paint at all times.

A trademark of Transport Fever 2 are its huge maps. During development of the game, it was always paramount to provide a real sense of scale. The engine should allow for maps where a high-speed train, such as the famous Japanese Shinkansen, can really make use of its superior speed. So, a lot of effort was put into designing a highly effective terrain rendering pipeline that can handle maps of more than 120 sq miles of size with a detail resolution of almost 1 yard. Central to this is a dynamic terrain tessellation algorithm on the CPU that, while costing a bit of extra memory, makes sure the engine can render these maps on a wide variety of PCs.

Now, enter the world of consoles with their incredibly well-designed GPUs and graphic APIs. Here, the hardware can be leveraged very well for terrain rendering by making use of the GPU tessellation feature. This feature generates the render mesh for the terrain fully on the graphics card, saving valuable processing time for the complex economy and city growth simulations. While generating more triangles, the hardware approach still costs less memory overall due to its efficiency. So vast maps can be viewed from a bird’s view high up in the sky and seamlessly zoomed in down to individual rocks on a riverbank.

Finally, let’s talk about constructions, a central and defining part of the Transport Fever 2 experience. Constructions are large assemblies that consist of dozens of assets, street segments, ground decals and terrain modifications. Think of structures like airports, train stations, docks, highway crossings, and many more. Anything that is needed to build a vast transportation empire.

For a smooth construction experience, it is key that the player really feels that he has precise control over the building placement. On PC, constructions are typically built using the mouse. As the average PC user is very well adjusted to this method of input, it is sufficiently performant to calculate the entire construction each frame and place it under the cursor. However, on consoles, the best way of building constructions is to have them always kept in the center of the screen and move the camera along the map for placement. And moving the camera needs to be as smooth as silk.

So, for the console release of Transport Fever 2, the construction preview pipeline was overhauled. All dynamic calculations are now performed in the background while a static preview of the structure and its underlying ground plan are shown. Not only are constructions now completely stable in terms of FPS, but they also give feedback to the player on what environment features the construction would tear down when built.

Let’s get tycooning on console

We are very excited to bring the Transport Fever franchise to consoles for the first time ever with the release of Transport Fever 2: Console Edition on Xbox Series X|S and Xbox One in February 2023, and we hope you will enjoy it as much as we did developing it.