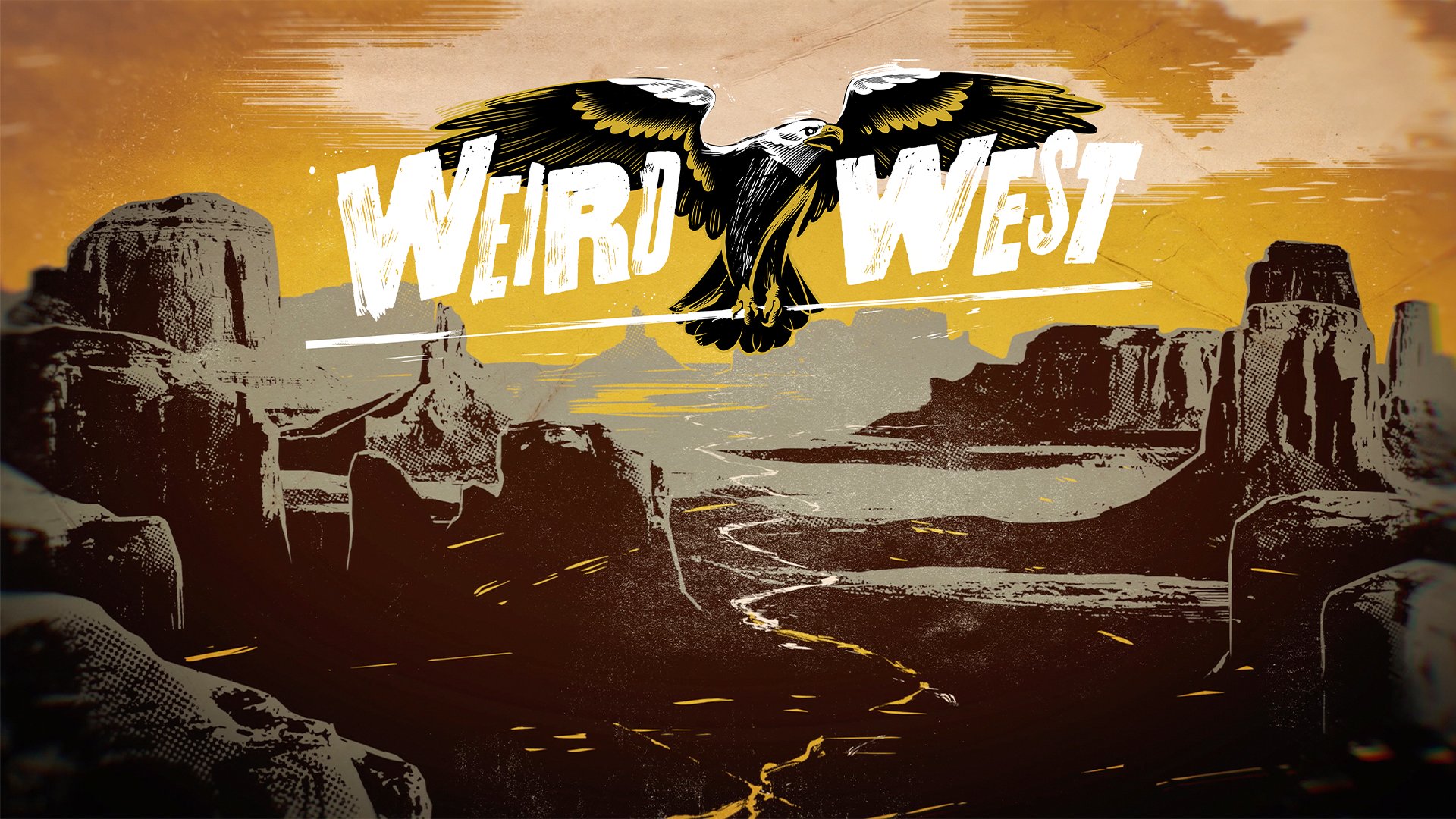 We’re excited and anxious to have you play Weird West and hope you will like the many things the game has to offer.

We’ve been working very hard on this baby, for many years, with a small team of passionate experts in the immersive sim genre. For Executive Producer Julien and I, our passion started with being fans of Ultima 7 and Ultima Underworld when we were kids; the immersive and simulation values we experienced back then as fascinated kids stayed with us to this day and forged our drive ever since.

I created Arkane Studios in ‘99. Julien joined me shortly after and was a key member behind Arx Fatalis, Dark Messiah, all the way to Dishonored. Weird West is our first attempt at a top-down immersive sim. It’s a genre that hasn’t really been attempted too often since immersive sims are traditionally in first person, but we believe the values translate well to the top-down angle, and it brings that comfortable nostalgic Ultima vibe that takes us back to our childhood.

Because, ultimately, that’s why we do the games we do; we want to give to the new generations what we received as kids: the gift of immersion. A world where players allow themselves to be whoever they want and invest themselves emotionally in the characters they meet and the places they explore.

Welcome to the Weird West — we hope you enjoy your stay.

Survive and unveil the mysteries of the Weird West through the intertwined destinies of its unusual heroes in an immersive sim from the co-creators of Dishonored and Prey.

Discover a dark fantasy reimagining of the Wild West where lawmen and gunslingers share the frontier with fantastical creatures. Journey through the story of a group of atypical heroes, written into legend by the decisions you make in an unforgiving land. Each journey is unique and tailored to the actions taken – a series of high stakes adventures where everything counts and the world reacts to the choices you make. Form a posse or venture forth alone into an otherworldly confines of the Weird West and make each legend your own.

Upgrading is Now in Session with Xbox All Access

Xbox, Doritos, and Rockstar Energy Drink Give Away Game Pass, Prizes, and DLC 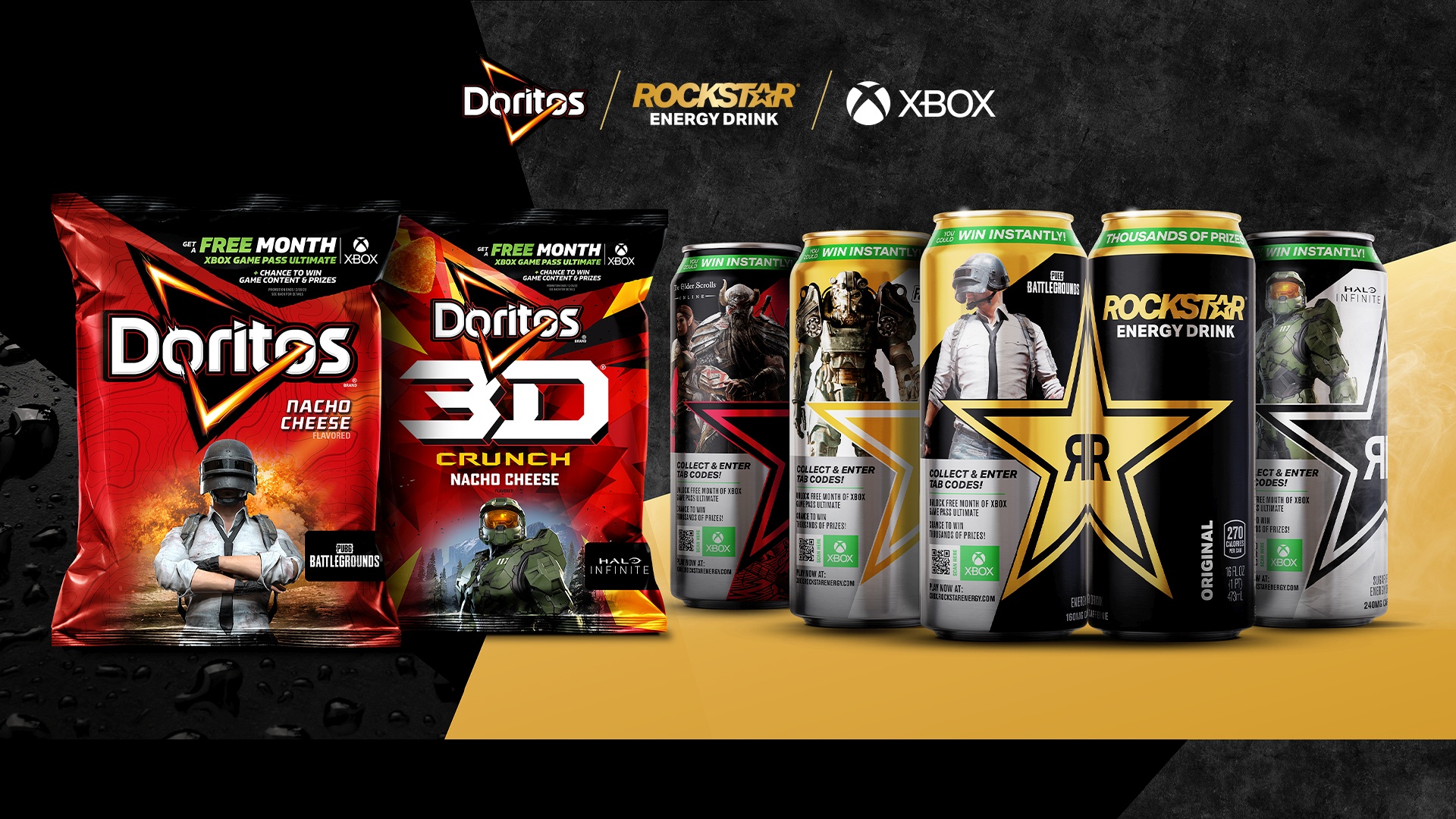 When fans purchase specially marked products, they can enter for chances to win instantly thousands of prizes to ignite a newfound love for gaming or celebrate the ongoing joy gaming brings them.

Rockstar Energy fans in select international markets will also be able to grab a specially marked can for their first free month of Xbox Game Pass Ultimate and enter to win other exciting Xbox prizes.

Fans in the US can visit www.doritosrockstarenergy.com to enter the code received on-can or on-bag to redeem the downloadable content and enter for a chance to instantly win from over 10,000 gaming-themed prizes —including Xbox Series S consoles, Xbox Wireless Controllers, PC gaming setups, gaming chairs and other amazing gear from Xbox, Doritos and Rockstar Energy.

The special edition Rockstar Energy cans are available in Belgium, Czech Republic, France, Ireland, Poland, Slovakia, and the United Kingdom. While fans in Canada, Denmark, Germany, Netherlands, Portugal and Spain will not see specially marked cans in stores, they will be able to enter the sweepstakes to win prizes such as Xbox Series S and first-time Xbox Game Pass Ultimate users in select markets can receive one-month of Xbox Game Pass Ultimate.

Fans in Australia, Belgium, Denmark, Finland, Netherlands, Norway and Sweden should be on the lookout for the exclusive packaging available in locations wherever Doritos are sold. Fans in Australia will be able to participate beginning November 4.

About Doritos and Rockstar Energy Drink

Xbox, Doritos, and Rockstar Energy Drink Give Away Game Pass, Prizes, and DLC