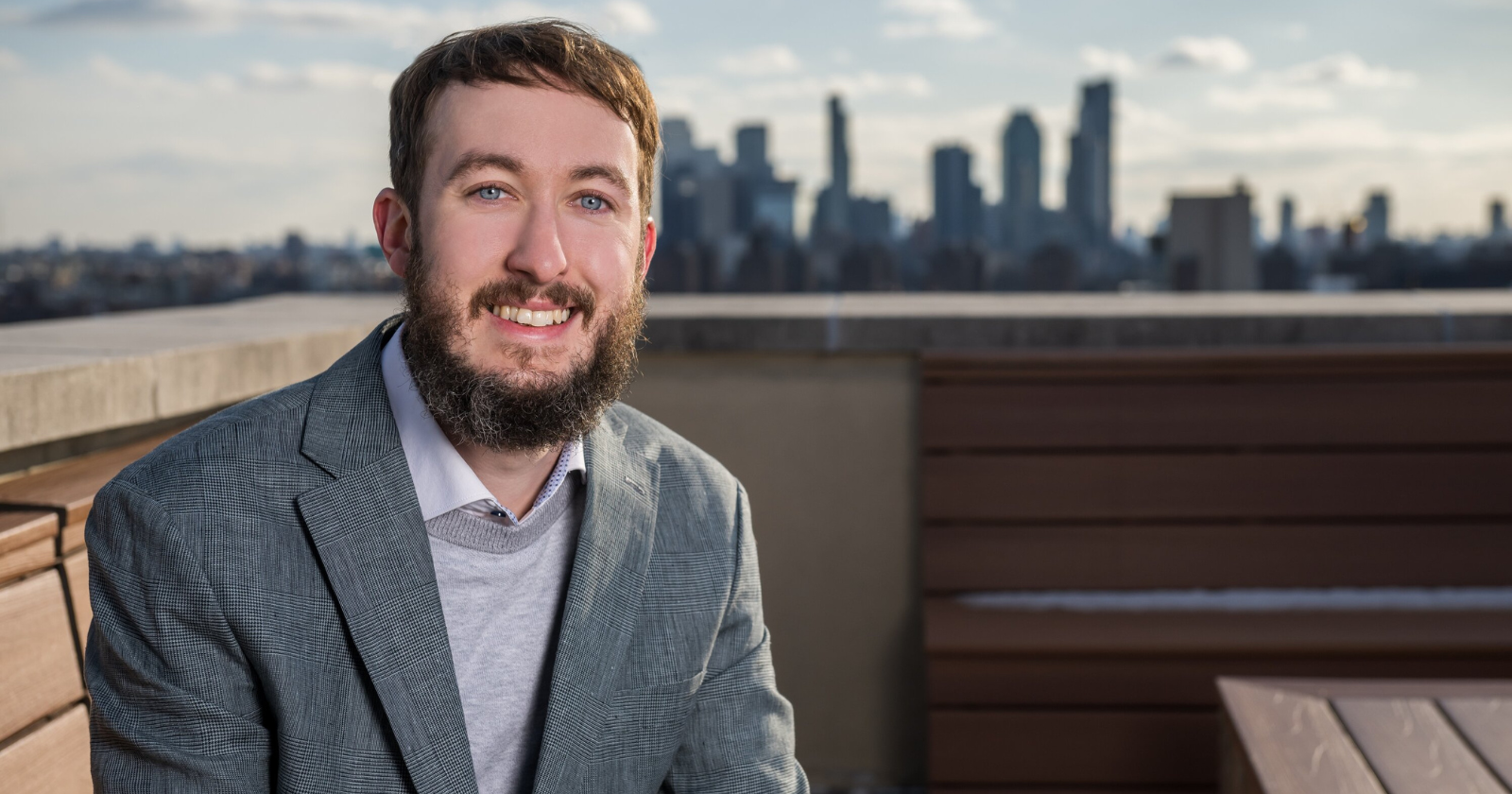 Can spending less time on the clock actually make your team more productive?

Joe O’Connor thinks so. He’s the CEO of 4DayWeek.com, a company aiming to shift our collective mindsets around the traditional 9 to 5, Monday to Friday grind.

It sounds counterintuitive, for sure – and yet many organizations are willing to give it a try.

In fact, Search Engine Journal is experimenting with a four-day workweek right now.

Joe currently leads 4 Day Week Global’s pilot program, and in the first six months of 2022, 150 companies and 7,000 of their employees participated in six-month coordinated trials of the four-day week.

Joe recently joined SEJ Show host Loren Baker in a podcast episode on helping your marketing team succeed inside the structure of a 4-day workweek.

We had the opportunity to connect with Joe after his podcast interview and ask a few more questions about how he grew into this career as a flexible work advocate and agent of organizational change.

Here, he talks about leadership, productivity, and the trends and skills we’ll need to future-proof our careers and companies going forward.

Growing Into The Four-Day Week Mindset

Miranda Miller: What path led you to become the Global Pilot Program Manager and now CEO of 4 Day Week Global?

Joe O’Connor: “In my previous role as campaigns director for Ireland’s largest public service union Fórsa, I organized an international conference on the future of working time back in 2018 and founded and launched the Four Day Week Ireland campaign coalition in 2019.

When I developed a four-day-week pilot program and research project in Ireland last year, it aligned with their plans to develop a global pilot project and a major U.S. campaign, so I came on board full-time with the organization in September 2021.

At the same time, I moved from Ireland to New York City with my partner and our two cocker spaniels, where I am also leading a research project on work time reduction as a visiting fellow with Cornell University’s ILR School.”

Miranda Miller: Tell us a bit about what you do. How has this work model changed the way you get your own work done?

Joe O’Connor: “I’ve learned a lot from the kind of first-hand exposure I’ve had to a wide range of very different companies who have adopted innovative new work practices, identified process improvements, and embraced new technologies to make their businesses efficient enough to deliver five days’ worth of output in four.

This has not only strengthened my capacity to support leaders to figure out how to make this work for their business but also enabled me to implement these strategies to make our organization as lean and efficient as it can possibly be.

This is a continuous work in progress – the four-day week and smart working is an ongoing fitness, not a one-off decision.”

Miranda Miller: At your leadership level, how is your time split between organizational strategy, people management, and other activities?

Joe O’Connor: “Although we are growing rapidly, we’re still a relatively small organization with quite a flat organizational structure, so I’m still very deeply involved with executing our day-to-day operations and rolling out global pilot programs.

The incredible organic momentum behind the global four-day week movement, particularly in the past six months or so, has meant that we have had to be extremely nimble in responding to this fast-moving space.

In recent months, I’ve been able to dedicate more of my time to proactively charting our future path. We’re building capacity towards our objective of running our 4 Day Week pilot program quarterly in every time zone and region by the second quarter of 2023.”

Miranda Miller: Can you share the top two influences shaping how you think about productivity and leadership?

Joe O’Connor: “One of the things that inspired me was my experience with public sector workers in Ireland, where many working parents – predominantly women – told us en masse in a major survey that they had opted to work four-day or reduced-hour schedules after returning from parental leave, for work-life balance and childcare reasons.

However, although they had dropped to 80% of their salary, they still felt that their responsibilities were the same, their role expectations were the same, and their output was the same.

This tells us two things: One, we have a significant gender equality problem in the workplace which a universal four-day week could be revolutionary in addressing.

And two, when it comes to productivity, Parkinson’s Law holds true – work tasks will expand to fill the time available for their completion.

Our founder Andrew Barnes has also inspired me in this regard. The landmark four-day week trial he spearheaded in his company in 2018, Perpetual Guardian in New Zealand, was primarily motivated by productivity.

By shifting the emphasis away from the number of hours spent at the office, at the desk, or on the clock and onto the work being produced and results being achieved, he could deliver better business performance while changing the lives of his employees for the better.

Setting Your 4-Day Week Program Up For Success

Miranda Miller: What productivity tips can you share with companies looking to make a four-day workweek campaign part of their culture?

Joe O’Connor: “For many companies, the four-day week is already here. It’s just buried under the rubble of wasteful practices and outdated processes, such as a lack of meeting discipline, unnecessary distractions and introductions in the workday, and poor use of technology.

The four-day week can provide a transformative forcing function in your company to address these inefficiencies and powerfully align the company’s productivity motivation with employee motivation for the transformative benefits that an extra day off work can bring.

While leadership needs to be very clear in setting and communicating the direction of travel, including the purpose, objectives, and metrics for the trial, they then need to empower their people to figure out the details.

The most detail-oriented CEO in the world does not know the day-to-day intricacies of the jobs of each of their employees well enough to redesign them.

The greatest and most sustainable productivity gains have been achieved by companies that have adopted a bottom-up approach to implementation, enabling staff to work out the changes to work practices necessary to redesign their work.

Often, some leaders overthink potential problems and blockages in the C-suite instead of asking their people for ideas and solutions.”

Tips For Future-Proofing Your Career & Business

What’s next for the world of work? What key trends/practices that companies need to start embracing, and how can leaders future-proof themselves?

Joe O’Connor: “When we started working with companies to trial or transition to reduced-hour working back in 2019, the primary reasons were addressing productivity issues and burnout concerns.

While both of these remain important, they have been surpassed by recruitment and retention as the single biggest reason why leaders are being attracted to the four-day week.

In a very competitive labor market, innovative and forward-thinking leaders recognize that if they can pull off the four-day week without sacrificing organizational priorities, they can give themselves a very significant competitive edge in the war for talent.

And the greatest benefits will flow for the longest period to the earliest adopters.

Companies like Atom Bank in the U.K. have seen a 500% increase in applications for open job vacancies since moving to a four-day week.

Healthwise, a large not-for-profit here in the U.S. introduced the four-day week last August to combat retention issues and has since seen its unplanned employee turnover reduce to zero.

Leaders now need to ask themselves: Is my greatest risk the risk of trying the four-day week and failing, or is it my biggest competitor embracing this new way of working first and reaping the rewards?”

Advertisement
Related Topics:4DayfutureJoeOConnorseoWeekWork
Up Next

6 Ways To Get Local SEO Clients You Really Want 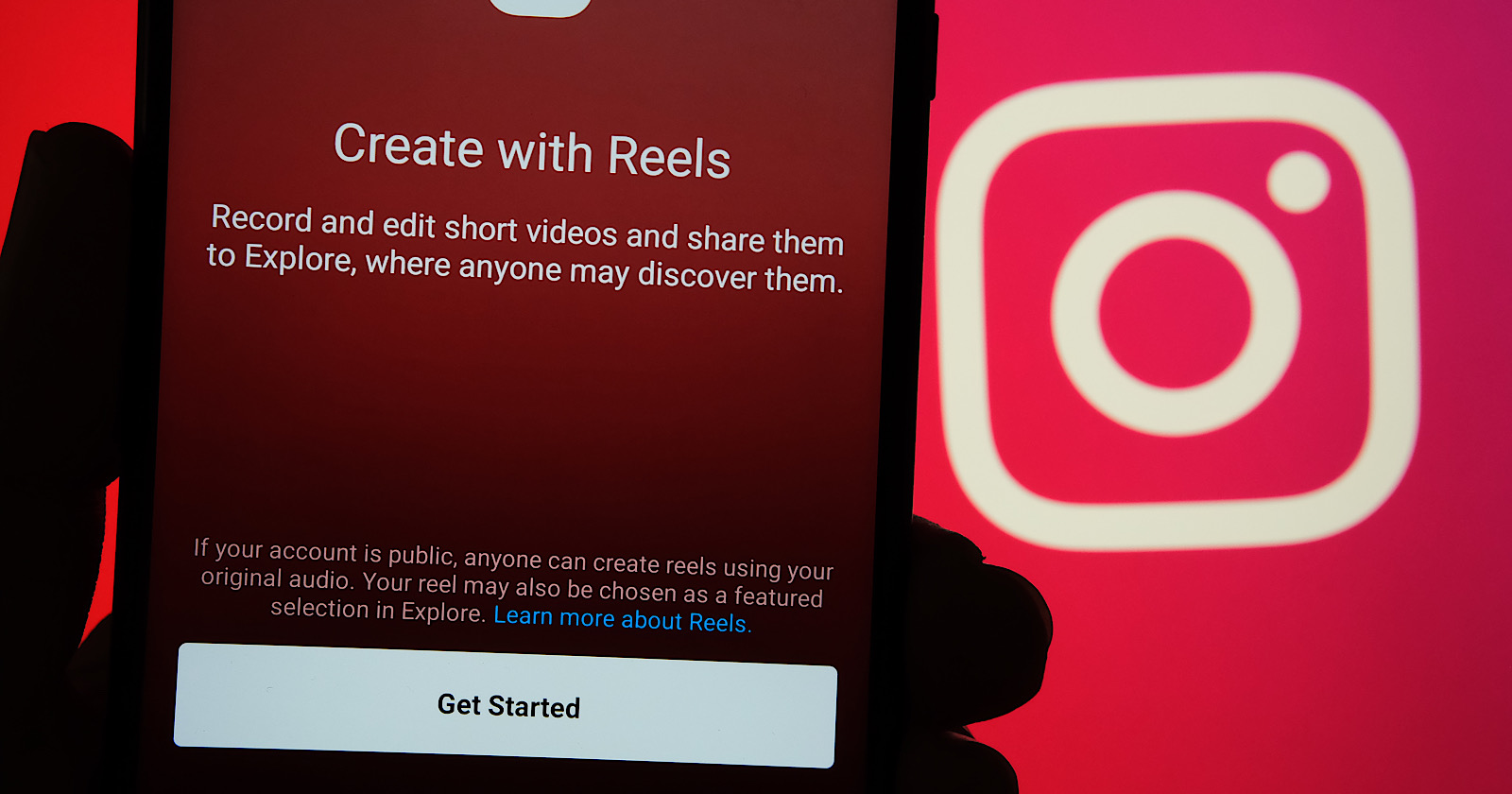 Instagram is announcing three new features for users who make Reels videos, which include the ability to crosspost to Facebook and more.

Adam Mosseri, Head of Instagram, announces the new features in the video below.

Have a favorite? Let me know 👇🏼 pic.twitter.com/RwjnRu5om2

The three new Reels features include:

Here are the full details about each of the updates announced today.

Keep in mind the default privacy setting for Reels is public. Even If you have a private Facebook profile, people you’re not connected to will be able to see your Reels.

Instagram is bringing the “add yours” sticker from stories to Reels.

You can add the sticker to any Reel to encourage others to create a Reel in response. It could be something like, “My highlight of the weekend was spending time at the beach. Add yours.”

Users can tap on the sticker and add their own reel responding to your prompt.

Mosseri shares his enthusiasm for the feature in the announcement video:

“What’s kind of amazing about it is when you see something it can inspire you to create your own story, and we want to have that in video too. We want consuming video to be fun and entertaining, but we also want to inspire people to tell their own stories, and this is hoping to get at that idea.”

Let’s say you post a Reel with an “add yours” sticker and so many people respond that it goes viral.

Thanks to attribution, everyone will know you started the trend.

“If you do start a trend we want to make sure you get credit for starting that trend, so there’s a little attribution link. A little link to your profile that will show up on the sticker, which you can turn off if you like.”

New and improved insights for Reels are rolling out to Facebook.

With this update you’ll be able to analyze data such as reach, average watch time, total watch time, and other metrics that can help you understand how your Reels are performing on Facebook.

On the topic of new Reels features, it’s worth mentioning Meta just introduced the ability to schedule Reels on Facebook.

Using Creator Studio you can schedule Reels content in advance, and manage all your published Reels in one central location.