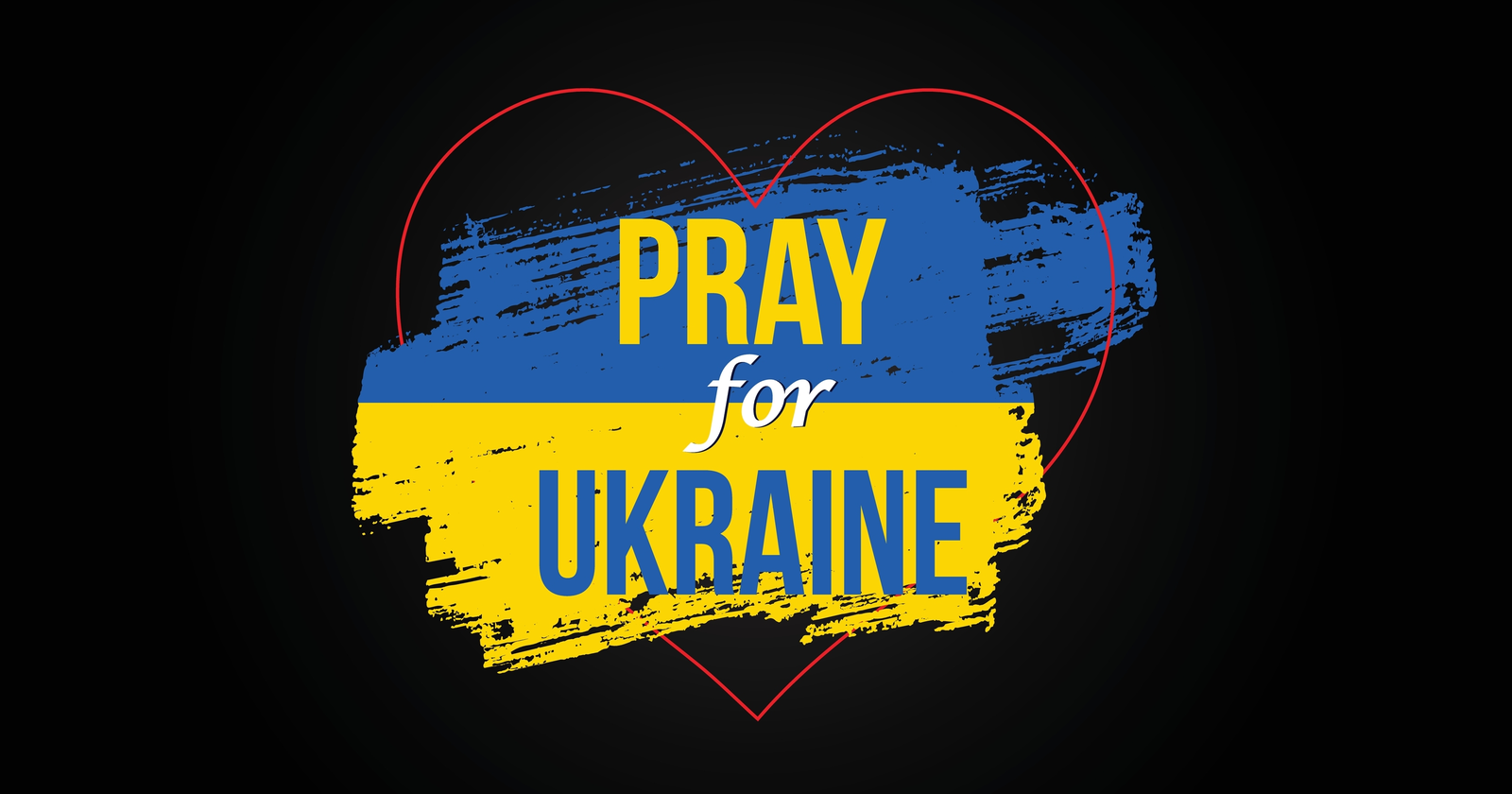 Ukrainian streets once filled with the laughter of children and hurried walks of people heading to work are now abandoned.

Workers of all kinds have had to abandon their posts to flee their homes or worse – to take up arms and defend their families.

Russia’s invasion has ground life as they knew it to a halt for millions of Ukrainians.

Outpourings of support from the search engine optimization and digital marketing industry abound as many companies and employees hail from the besieged country.

Tech is a $6.8 billion business in Ukraine and thousands of its 4.4 million residents work in the sector.

This invasion hits very close to many of us, even here at Search Engine Journal where the family of Loren Baker, SEJ’s Founder, is currently fighting to defend the people and the land of Ukraine.

The digital marketing and SEO community is a family. And when members of our family are hurting, we provide support in the best ways we know how. We will be adding to this list with updates and additional ways to help.

Google and its employees are donating a combined $15 million in money and in-kind support to aid relief.

The search giant will also donate $5 million in advertising credits to humanitarian and intergovernmental organizations it considers trustworthy.

“We will continue to monitor the situation and take additional actions as needed — and we join the international community in expressing sincere hope for a return to a peaceful and sovereign Ukraine,” he added.

Google’s announcement also notes that YouTube channels from RT and Sputnik are now blocked across Europe.

Russian state-funded media have had their monetization options across all Google platforms frozen for the time being, and RT is banned from advertising entirely.

Walker also notes that products like Google Pay may become unavailable in some countries as Google strives to comply with government sanctions.

Thanks to guests and sponsor @NinjasMarketing
who made this astonishing amount possible.

Speakers, Guest and Friends from Ukraine.

I am very proud about being able to help to so quick and so big.

Conductor To Pay Salaries Of Drafted Employees To Family

Seth Besmertnik of Conductor provided updates on LinkedIn this week on employee Oleksander Lytvyn, who was risking his life patrolling the streets while his family hunkers down in a parking garage.

“Our Ukraine team has over and over proved to be loyal, dedicated, proud, and open to always getting better.” Besmertnik wrote.

Conductor saw the writing on the wall more than a month ago as Russia provoked and threatened the country, Besmertnik wrote. They provided assistance and incentives for their Ukrainian team to escape.

Half of them chose to flee, but the other half stayed.

They message team members in Ukraine every 12 hours offering monetary and other assistance.

“For those who have stayed, we let them know what if they get drafted, we will provide income to their families as long as they are in service,” Besmertnik wrote.

Yesterday, we blocked the accounts of users from Russia.
Also, we’ve stopped updating SERPs for Yandex, Google “ru” and Google “by” databases and the search volume in Yandex databases.
We are grateful to everyone who supports us🙏
Glory to Ukraine 🇺🇦 pic.twitter.com/hLLHvlOqDL

How SEO Pros Can Help Our Colleagues In Ukraine

Olesia Korobka has organized a makeshift database of Ukrainian SEO and digital marketing professionals who are currently looking for remote work.

SEO consultant Alexis Rylko has compiled a post of ‘Awesome SEO & Digital Marketing Tools Made In Ukraine‘ for those who might like to support the cause with their business.

Julia Nesterets, CEO of crawler and log analyzer tool Jet Octopus, sent a tweet from her vehicle as she and her newborn baby delivered medical supplies, fundraised, and gave demos from the road as she works remote:

Working on all fields in parallel:
– buying medicines for defenders – demoing platform to new customers – being a mom of a newborn and 2 kids. Test @JetOctopus, subscribe. 15% of all sent to support Ukrainian army! pic.twitter.com/q9OEtIqem9

Ahrefs’ CEO Dmitry Gerasimenko is Ukrainian and offered to double subscriptions of anyone that donates to organizations that support the peace in Ukraine.

If a person donates the amount of a six-month plan, Ahrefs will support them with an entire year of service.

SE Ranking has a message on their website supporting Ukraine and provides links to how people can help.

One points to HelpUkraineWin.org, a resource created by Tumblr’s head of product, Bohdan Kit. There, he shares a form for one-time or monthly donations, a list of ways to donate or volunteer in other ways, and a feed from #StandWithUkraine on Twitter.

Olga Andrienko, VP of brand marketing at Semrush, tweeted, “We strongly oppose any act of war, including the Russian invasion of Ukraine. Prowly, our Polish entity, is coordinating an effort to provide some direct relief to people in need within Ukraine via NGO support.”

Any non-governmental organizations wishing to support their efforts can contact them directly at support@prowly.com.

Digital marketing agency Switch out of Malta has a page on their website dedicated to Ukraine support and every team member is donated one hour per day to humanitarian causes. There is also a contact form where people can request or offer services to help the people of Ukraine.

Information and misinformation about the Ukrainian conflict are everywhere, but a band of public relations specialists located in Kyiv wants to make sure the world hears only the truth.

More than 100 PR professionals created a Google form where media can ask for first-hand accounts from experts, volunteers, and eyewitnesses, according to a press release. They can also receive pictures and videos of the war.

Before making any donations or services to support Ukraine, make sure the charity is trustworthy.

Often people take advantage of strife and disaster to make money. There are others that have good intentions but support the cause illegally.

If you are looking for the most trusted place to donate, visit the Support Ukraine page from the Ministry of Foreign Affairs of Ukraine.

There are also requests circulating for people to participate in DDOS attacks to take down Russian sites.

It must be noted that not only is this illegal, but a well-intentioned person could easily end up participating in something else entirely.

The hearts and minds of the world are on the people of Ukraine as they continue to fight for their freedom against overwhelming odds.

Acrid smoke permeates from the husks of bombed-out buildings and gunfire rings out in the streets as Russian forces take on not only the Ukrainian military but citizens as well.

Search Engine Journal fully supports the people of Ukraine in their time of need and encourages everyone to do what they can to help the thousands of innocents caught in the middle.

With research and notes from Brock Cooper, News Writer.

Leading In SEO Through The Data Science Revolution: A CTO Q&A

It is with tremendous pride and excitement that I announce the promotion of Miranda Miller, an editorial and content strategy champion, to Senior Managing Editor.

While this promotion actually happened in January, having recently joined SEJ myself, I wanted to celebrate Miranda’s growth and leadership within the organization.

In this role, her areas of ownership will include core elements of SEJ’s editorial operations in this advanced role, including its rich educational and evergreen content.

Over the past several months, Miranda has truly shone as an organizational leader, working to grow SEJ’s editorial blueprint, talent, and operations exponentially.

“And all the while, Miranda somehow kept the publishing crank turning out exceptional content and breaking news,” Jenise added.

“I’ve been thrilled to watch Miranda so quickly engage and take on a meatier leadership role.”

Having followed her work since joining SEJ, I can personally speak to Miranda’s diversified wealth of knowledge to the editorial team – not to mention the publication at large.

“I joined SEJ early in 2021 to help lead the editorial team in a period of great growth and opportunity,” Miranda said.

“We’ve been able to increase expert and educational content production by over 60% even while introducing a data-driven approach to content strategy and optimization,” she added.

This year, we’ll publish 50% more ebooks than in 2021, and our contributing author program has grown to over 130 digital marketing and SEO experts with her guidance.

Prior to coming in-house, Miranda spent over 15 years leading her own marketing agency which served clients as wide-ranging as the world’s leading polar expeditions company, fintech and app startups, Fortune 100 companies, and several government agencies.

She’s been a prolific ghostwriter for brands and executives in SEO, tech, and finance, and has authored thousands of articles for clients that have appeared in the best-known B2B publications, technical journals, and mainstream media.

SEJ’s brand and content offerings continue to evolve, to serve an audience of marketers and business leaders – and there has never been a more inspiring or energizing time to cultivate, promote, and be part of this remarkably talented team.

“Content quality has always been my number one priority, and so it’s refreshing to see that this is a shared value across the SEJ team,” Miranda said.

“I love to see the new ebook formats and article types we’re creating now and am really looking forward to continuing to innovate and teach, to bring the most useful and helpful educational content possible to the SEJ audience.”

Miranda is a part-time digital nomad and runs a location-independent content studio for enterprise organizations.

Three to four months of the year, she works in coworking spaces and cafes around Europe, Latin America, and the Caribbean.

“But not at the beach,” Miranda adds. “That’s a myth. Ever had sand in your laptop? No bueno.”

At her home base on Georgian Bay in Canada, she’s the wife of a talented chef; mother bear to two teens, two Shepherds, and three budgies; and a patron of the local live music and literary scenes.