Are you looking for ways to improve your email marketing strategy? Want to delve deeper into human psychology to understand how to compose your email campaigns?

The team from Emma Inc. share their tips for success in this infographic.

They break things down as follows:

Check out the infographic below for more detail.

www.entireweb.com
See also  59% of US Adults Do Not Trust News on Social Media
Related Topics:
Up Next 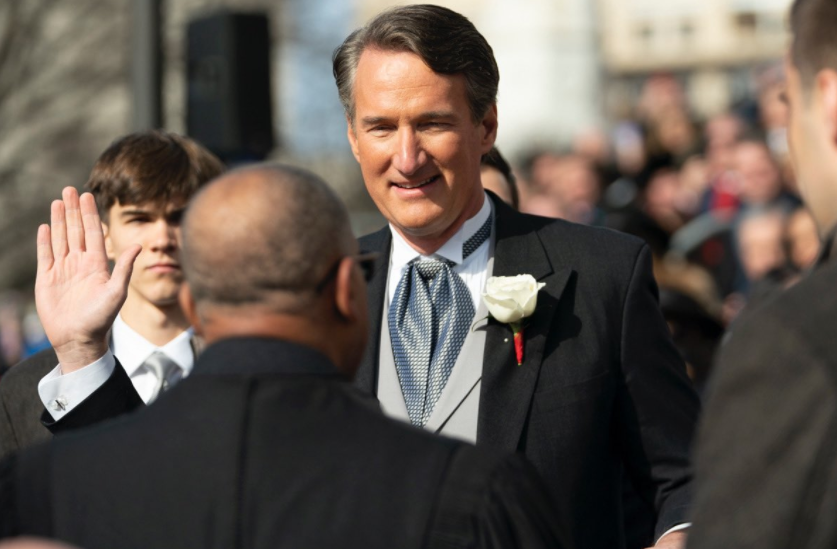 A bland-looking email address launched by Virginia Governor Glenn Youngkin designed to allow parents to report incidents at Virginia schools where they feel their parental rights are being undermined has created quite a storm on social media.

Much like Texas Governor Greg Abbott’s making neighbors snitches if they think someone is having an abortion, Governor Youngkin is allowing people to go to a website he has created so they can snitch on a teacher, librarian, school board member, and I guess, even the custodian or your child’s bus driver.

The Governor’s Office launched [email protected] with the intent for parents to report violations of his first two Executive Orders, which allow parents to opt their students out of school masking requirements and bans the teaching of “inherently divisive topics” including critical race theory in schools.

It appears that Youngkin went on the John Fredericks Radio Show Monday,  and said during his interview that “… [It’s] for parents to send us any instances where they feel that their fundamental rights are being violated, where their children are not being respected, where there are inherently divisive practices in their schools.”

The backlash over the order and the tip-line began to build on social media, with celebrities like John Legend and comedian Patton Oswald sharing the address with their followers.

“Black parents need to flood these tip lines with complaints about our history being silenced,” Legend wrote on Twitter, referring to the critical race theory ban.

7News spoke to Oveta Scott, a Prince William County middle school teacher who has spent more than a decade in the classroom.

We are human beings too. We are going through it too,” she said when asked about her reaction to the governor’s new email tip line. ‘Why are you vilifying us and attacking us? What are we doing? We’re trying to stay afloat. We have a shortage of substitutes. We have a shortage of bus drivers. Every day, I have to look for an email to see if I’m covering someone’s class. Every day.”

Nothing but a big distraction by an irresponsible public servant

State Senator Louise Lucas, a Democrat representing the 18th District in the southeast part of the state, said she does not expect the tip-line to lead to much of anything.

“Like a lot of other gimmicks that a lot of other governors have put forward, this one is going to fall flat like a led balloon,” she said, adding that most people she has spoken to see it as an “intimidation” tactic, reports WTVR.com.

“I have never seen a Governor act in such an irresponsible way as to reach down to the parents and by step the teachers, by step the principal, the superintends of school, just to try to intimidate,” Lucas said. “There’s more than just one segment of parents in the Commonwealth of Virginia. Is he listening to Black parents, Hispanic parents, Asian-American parents? Which parents is he listening to? He needs to listen to all parents. Last I checked, parents in the Commonwealth of Virginia want their children to be safe in school.”

Senator Lucas is letting Governor Youngkin off easy. I personally think Youngkin is taking a page from Texas Governor Abbott’s playbook, because just last week, at the public charter school, Founders Classical Academy of Lewisville, Abbott told hundreds of parents “The essential role of parents is being threatened by government itself.”

Abbott isn’t relying on a web address for snitches. He wants to change the Texas state constitution to make sure that “parents will be restored to their rightful place as the pre-eminent decision-makers for their children.”

The Governor also told the crowd he wants to toughen penalties against educators, including teachers and librarians who give students inappropriate books. “Texas will ensure that any education personnel who is convicted of providing minors with obscene content will lose their educational credentials and state licensing, forfeits their retirement benefits, and be placed on a do not hire list.”

It is time for all this craziness to come to an end. Good grief – I am getting too old to deal with all this “Bull S—” going on today.

After previewing it as a coming feature within its announcement of the expansion of remixable videos on the platform last week, Instagram has now outlined its new display of scheduled live streams on creator profiles, providing another way to raise awareness of upcoming live broadcasts in the app.

As you can see in these screenshots, shared by Instagram chief Adam Mosseri, the new display option will enable you to list your upcoming IG live streams on your profile, which, when tapped, will provide additional info in a pop-up prompt, where people can also sign-up for a reminder of when the stream is set to begin.

As explained by Mosseri:

“Creators have been able to schedule lives for a while now, but now, you can separate scheduling a live from creating a feed post, or even now a Story post, about that Live. You also get a little badge on your profile that’s lets followers know, or anybody know that goes to your profile, that there’s a Live coming up and they can subscribe to be reminded.”

Mosseri further notes that users can create as many scheduled lives as they like, with a side-scrolling list then added to your profile display.

It could be a handy addition for those who broadcast via IG Live, which could prompt more people to tune in, by raising more awareness about your broadcasts. Up till now, the only way to notify people about your upcoming streams in the app has been, as Mosseri notes, through posts and Stories, which limits the reach of those notifications to, generally, your existing followers. Now, anyone who comes by your profile will be able to see that you have a live broadcast coming up, which could bring in more viewers.

IG Live has become a key connection surface in the app, particularly throughout the pandemic, and as Instagram looks to expand the option into eCommerce, facilitating more direct engagement between brands and fans, the capacity to map out a more effective IG Live strategy could be a big help in maximizing your on-platform efforts.

It may seem like a relatively small addition in the broader scheme, but it could be a big help in raising awareness, and getting more viewers to your upcoming broadcasts.

LinkedIn Publishes New Report into Workplace Culture Shifts, and What They Mean for Employer Branding

LinkedIn has published a new report into the latest shifts in company and work culture, largely as a result of the pandemic, with many people’s approach to their career and professional development changing amid the ongoing re-shaping of the workforce and place.

As outlined by LinkedIn:

“Because of the pandemic, employees are rethinking their priorities and their relationships with employers. They’re seeking flexible work arrangements and more work-life balance. They want to work for employers who value their physical and emotional well-being. And they’re ready to walk away from those who don’t.”

LinkedIn’s 67-page ‘Reinvention of Company Culture’ report provides a detailed analysis of these changing attitudes and approaches, and how businesses can look to cater to employee needs, in order to build a better work environment.

The report looks at how people’s approach to their work is changing, particularly in regards to who they work for, and what they both represent and provide.

As you can see in this graphic, company culture is becoming a much bigger consideration, which is arguably because we now have more insight than ever into what each company represents, via social media posts and profiles. That underlines the importance of brands managing their external perception, and building a strong employer brand, which could also include empowering their employees to share relevant updates, reinforcing culture and ethos.

The report also looks at the changing approach to workplace flexibility, which is fast becoming a must-have for many organizations.

The pandemic has shown that many companies can, in fact, operate remotely, and many employees have found that the freedom that can bring affords them many lifestyle benefits, which they’re not so willing to give up by returning to the office full-time.

Of course, that varies. Some people like the structure and organization of the office environment, along with the social benefits, and there are strong arguments to be made for both approaches. But the stats here, and included in the report, point to the potential value of incorporating more flexible working arrangements.

Employee well-being is another point of focus, with interest in the topic on the rise:

Which is another valuable element to this report – in addition to the overall notes on workplace shifts, LinkedIn has also incorporated data on key platform posting trends, which could help to inform your own strategy.

Clearly, there is significant, and rising interest in these elements, and it’s worth considering how you can integrate such, both in terms of how you evolve your own workplace models to cater to such demand, and how you represent the same in your external posts and updates.

There are some valuable notes here, and some interesting points to consider in the coming post-pandemic shift. Because we’re not there just yet, with newer COVID variants still parking new waves of concern, and subsequent mitigation efforts. But as we progress towards the next stage, it is worth noting the broader impacts that the COVID shift has had on work, and how prospective employees are now looking at job postings and companies in their job search efforts.

Your social media presence can play a big role in this, and your LinkedIn presence in particular, and it’s worth taking in the various trends and considering what they could mean for your brand.

3 ways marketers can prepare for a cookieless future

How to Build a Successful Remote Freelance Team for Your Business