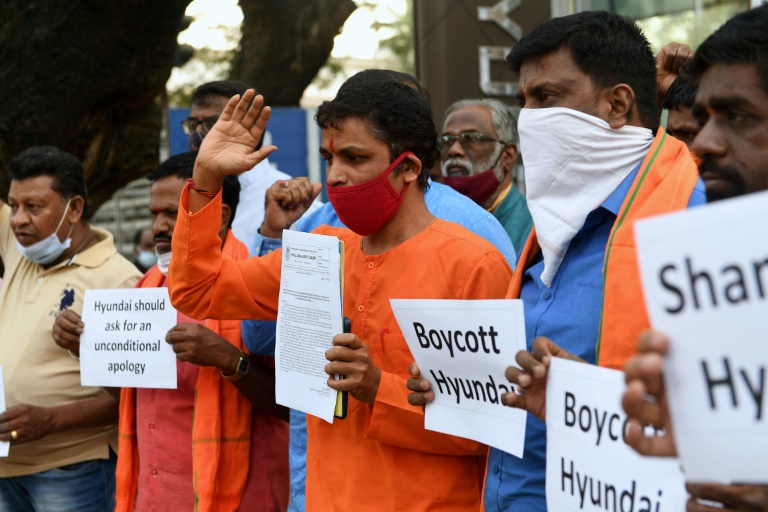 Pro-Kashmir social media posts by KFC, Hyundai and other global brands have sparked uproar in India, with diplomats saying Tuesday that the controversy had prompted an apology from a foreign government.

Control of Kashmir has been contested between India and Pakistan since their independence in 1947 and the nuclear-armed foes have fought two wars over the territory.

Both countries regularly trade heated diplomatic barbs over the issue and Pakistan marks every February 5 as a national holiday in a gesture of solidarity with people living on the Indian-administered side of the region.

This year, several Pakistan-based social media properties connected to some of the world’s biggest corporate names used to occasion to proclaim their own messages of support, including several American fast-food chains and South Korea’s Hyundai.

“Let us remember the sacrifices of our Kashmiri brothers and stand in support as they continue to struggle for freedom,” a Twitter account associated with the automaker’s Pakistan operations posted on Sunday.

India said Tuesday that its ambassador to South Korea had immediately sought an explanation from Hyundai at its Seoul headquarters.

Foreign minister Subrahmanyam Jaishankar also spoke with his South Korean counterpart Chung Eui-yong to convey “strong displeasure” over the phone, according to an Indian readout of the discussion.

Chung “conveyed that they regretted the offence caused to the people and Government of India by the social media post,” ministry spokesman Arindam Bagchi said in a statement.

Hyundai issued a statement to distance itself from the Twitter account, which it said was operated by a company partner.

“We deeply regret any offense caused to the people of India by this unofficial social media activity,” it said on Tuesday.