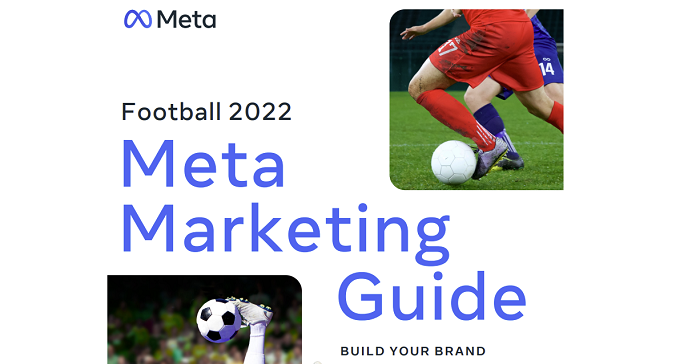 The FIFA World Cup tournament is being held in November this year, which will see your social media feeds filled with soccer (or ‘football’ depending on where you’re from) related news for the duration of the event, while the hype leading in – via the qualifiers and other announcements – will also see a spike in discussion over the coming months.

Which is why Meta’s looking to help brands tap into the excitement, with a new overview of how brands can ‘build their brand’ through the World Cup, and link into the surrounding chatter.

Though, for commercial reasons, Meta can’t say ‘World Cup’ specifically. As you can see in the below infographic, Meta has provided a range of stats and insights into the sporting discussion in its apps, in general, without honing in on specific event terminology.

But the World Cup is what this is about, and the below insights could help you map out a more effective strategy to tap into sporting discussion, and boost your brand messaging.

You can download Meta’s full ‘Building Your Brand Through Sports’ guide here.