TikTok could be forced to update its creator funding model due to several high profile users raising questions about their monetization options, and highlighting some key flaws in the platform’s current process.

As outlined by YouTube and now TikTok star Hank Green, TikTok’s current Creator Fund, through which it’s allocated $200 million to pay creators of the top-performing clips (available to those with over 100k total views per month on their videos), is inherently unfair to top creators who regularly get payouts because the payout amount is static, while the amount of users and creators continues to rise.

As explained by Green:

“If the fund were a percentage of revenue, rather than a static pool, that would be very bad for TikTok’s bottom line. Compared to what it is right now, they would have less profit, [but] it would be very good for creators […] as more creators join the fund, as the app continues to succeed, creators make less money per view.”

In essence, Green says that with more creators signing up to the Creator Fund, that means TikTok needs to pay out a larger number of users. And because the Creator Fund doesn’t rise relative to the amount of creators or users in the app, the payout amounts inevitably decline, as the app succeeds.

Which is in stark contrast to YouTube, where creators are paid relative to the ad views that their actual content generates. TikTok can’t do that, because it can’t insert mid or pre-roll ads into short video clips, so it has to find alternate means of monetization in order to provide equitable and attractive revenue share for creators.

Which has always been the challenge with short-form video content. Vine, the precursor to TikTok, eventually collapsed for the exact same reason.

Back in 2015, when Vine was on the rise, a group of the app’s top stars, including Logan Paul and King Bach, met with executives from parent company Twitter to call for greater revenue share for their efforts.

As per Business Insider:

“The stars had a proposal: If Vine would pay all 18 of them $1.2 million each, roll out several product changes and open up a more direct line of communication, everyone in the room would agree to produce 12 pieces of monthly original content for the app, or three vines per week. If Vine agreed, they could theoretically generate billions of views and boost engagement on a starving app. If they said no, all the top stars on the platform would walk.”

Twitter didn’t have an effective monetization model for Vine’s short clips, and while it did try to add longer videos with a view to inserting ads, and it did try to push in promos to advance the app’s model, it all ended up being too little, too late. The top creators did, in fact, end up leaving as a result of their failed negotiations, and their audiences followed them to wherever they went next. When Vine was eventually shuttered in late 2016, its usage was way down on peak levels.

TikTok knows this, and it’s been trying to add in more monetization options to counter the eventual push from creators for a bigger cut of the revenue pie.

As noted by Green, TikTok’s parent company ByteDance brought in $34.3 billion in revenue in 2020, and while not all of that came from TikTok, an increasingly larger share is being driven by TikTok’s growth.

See also  Clubhouse Finally Launches Android Version - But is it Already Too Late?

In order to provide more monetization pathways for its top stars, TikTok’s added creator tipping, along with its Creator Fund, while it’s also working on creator subscriptions and facilitating brand partnerships via its Creator Marketplace.

But the big-ticket item for TikTok is integrated commerce, enabling creators to directly monetize their presence through revenue share partnerships with brands.

This is already a key element on the Chinese version of the app ‘Douyin’, which now makes the majority of its revenue from commerce activity. TikTok’s working on several ways to integrate the same, and that, eventually, could provide a more lucrative pathway for TikTok and creators alike.

But it’s more work on the part of creators, it’s more effort than on YouTube, where they can earn money simply by signing up to the YouTube Partner Program and taking payouts from ads – which YouTube’s going to insert into their clips anyway.

Which makes this latest concern all the more pressing, and if the top TikTok stars do indeed end up banding together to seek a better deal, as proposed by Green, it could put TikTok and ByteDance in a difficult situation.

And it seems that, already, some of the app’s most popular creators are considering their next move:

Would TikTok consider increasing creator payouts in line with its rising revenue? And if it did, would that be sustainable, and acceptable by the company’s shareholders?

As a quick comparison, ByteDance’s revenue increased from $17 billion in 2019 to $34 billion in 2020. If the Creator Fund rose in line with this increase, it would have been doubled straight away, though as Green also notes, relative to the amount that TikTok generates from ads, it should actually have increased 6x over the current amount.

See also  Twitter Launches its Story-Like 'Fleets' for All Users

That would be a significant chunk out of ByteDance’s profits, and if it remained that way ongoing, with the fund rising relative to usage and ad performance, that would be a big dent for the company to have to eat.

But creators are the ones who bring the audience, and if TikTok won’t pay them, much like Vine before it, somebody else will.

If the issue escalates, that could become an existential concern. It’s nowhere near a critical stage as yet, but it’ll be interesting to see if and how TikTok responds to the new push, and what that means for the platform’s ongoing growth trajectory.

For its part, TikTok has issued a press statement on the push:

“We continue to listen to and seek feedback from our creator community and evolve our features to improve the experience for those in the program.”

Given ByteDance was very keen to highlight the $19 billion in profit it made in 2020, it’ll be interesting to see just how flexible it might be in catering to these new concerns, and likely demands from the app’s top stars. 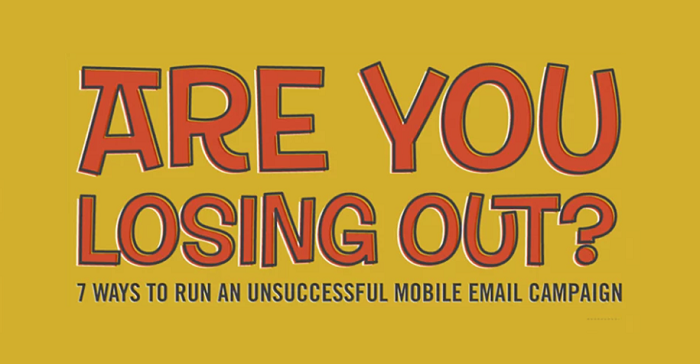