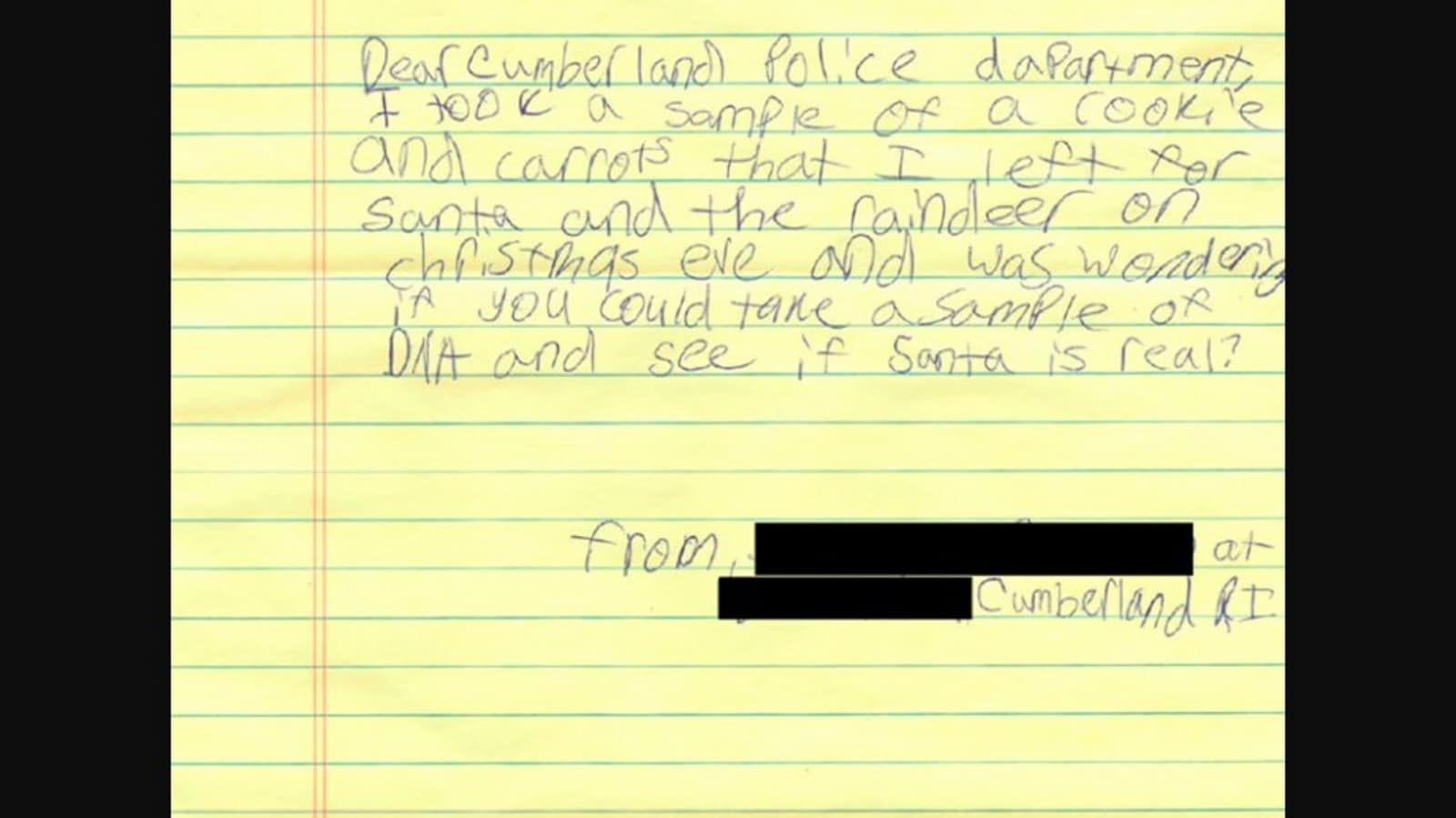 A police department is winning lots of love on the Internet after they responded to a little girl’s request for a DNA test on a cookie for evidence of Santa Claus in the sweetest way possible. It all started when the department received a letter after Christmas along with a cookie and a carrot with bite marks. Recently, the Mayor’s office at Cumberland took to Facebook to share the story and it has left people smiling.

“DNA requests by local young investigator,” they wrote as the title of the post that they shared in the form of a press release. In the post they explained how they received a “partially eaten cookie and carrot remains” with the request for “for possible DNA evidence of Santa Claus.”

“This young lady obviously has a keen sense for truth and the investigative process and did a tremendous job packaging her evidence for submission. We will do our very best to provide answers for her,” they added. They explained more by mentioning that the police department is awaiting the test results and in the meantime, they have also “uncovered evidence in support of Santa Claus’ presence in her neighbourhood. ” The department concluded the post with a few images.

The post was shared two days ago. Since being posted, it has received several likes and comments. People also took to the comments section to post various kinds of reactions.

“This is so wonderful,” wrote a Facebook user. “Very proud of CPD today! Great job,” expressed another. “WOW!!!!!!!!!!! Great job of doing this. I just love it,” posted a third. “Wow,” commented a fourth. What are your thoughts on the post?

Thank you for subscribing to our Daily News Capsule newsletter.