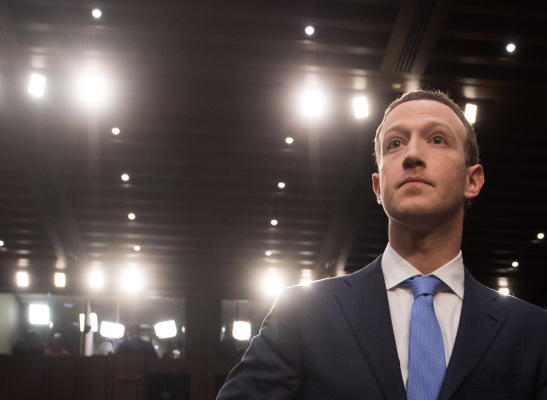 In an interview with Reuters six days after the attack on the U.S. Capitol, Facebook Chief Operating Officer Sheryl Sandberg infamously downplayed her company’s role in the day’s horrific events, which left five people dead.

“I think these events were largely organized on platforms that don’t have our abilities to stop hate and don’t have our standards and don’t have our transparency,” Sandberg said at the time, touting Facebook’s very recent and far from thorough efforts to remove QAnon, conspiracies and violent militias.

At Thursday’s hearing with the House Energy and Commerce committee, lawmakers circled back to Sandberg’s denial, but Facebook still didn’t have a good answer.

In his opening statements, Zuckerberg said that Facebook “did our part” to protect the U.S. election and placed the blame on the actions of former President Donald Trump.

Asked if Facebook “bears some responsibility” for spreading election misinformation and the Stop the Steal movement, Zuckerberg deflected, declining to answer directly.

“How is it possible for you not to at least admit that Facebook played a leading role in the recruitment, planning and execution of the attack on the capitol?” Rep. Mike Doyle (D-PA) asked.

“I think the responsibility lies with the people who took the actions to break the law and do the insurrection,” he said. “Secondarily, also with the people who spread that content, including the president but others as well, with repeated rhetoric over time, saying that the election was rigged and encouraging people to organize, I think that those people bear the primary responsibility as well.”

Doyle wasn’t having it, arguing that Facebook “supercharged” the dangerous rhetoric, which spread like wildfire on the platform before the January 6 attack. As Doyle pointed out, the FBI showed that insurrectionists used Facebook during the “recruitment, planning and execution” stages of the attack.

“My question for you is, will you admit today that Facebook groups in particular played a role in fomenting the extremism that we saw, and that led to the Capitol siege?” Schakowsky asked.

“The comment that Sheryl made, what I believe that we were trying to say and what I stand behind is what was widely reported at the time … ” Zuckerberg began, before Schakowsky told him to get to the point.

“Certainly there was content on our services,” Zuckerberg said vaguely. “And from that perspective, I think that there’s further work we need to do to make our services and moderation more effective.”

Beyond the fact that the Stop the Steal movement swelled to enormous numbers in Facebook groups, insurrectionist leaders relied on Facebook to communicate and hunt for lawmakers on the day of the attack.

That shouldn’t have come as a surprise to the company: The militia members who hatched a plot to capture or kill Michigan Governor Gretchen Whitmer last year also relied on the platform to organize and communicate, according to FBI affidavits.

How Often Will Core Web Vitals Ranking Factor Be Calculated? via @sejournal, @martinibuster