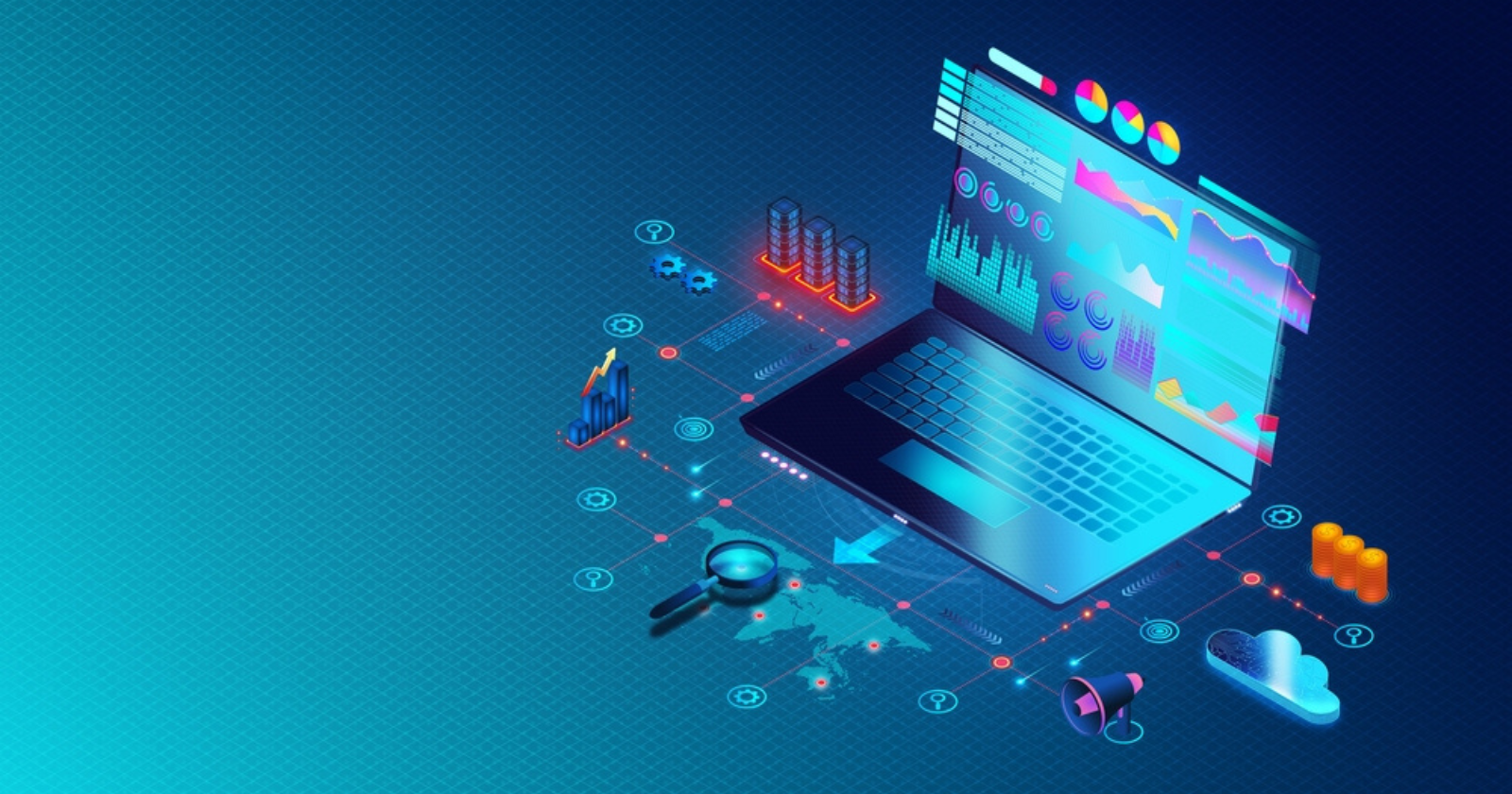 Programmatic advertising has been a buzzword in the marketing industry for quite some time. But what does programmatic actually do? And how does it differ from traditional display marketing?

Read on to learn everything you need to know to be successful at programmatic advertising.

What Is Programmatic Advertising?

Programmatic advertising uses automated technology and algorithmic tools for media buying. The term programmatic relates to the process of how ads are bought and sold in the advertising space.

Programmatic advertising differs from more traditional media buying methods in its use of automation.

It analyzes many user signals to ensure that ads serve the right person, in the right place, at the right time.

What’s The Difference Between Programmatic And Display Ads?

It’s easy to confuse display and programmatic ads, especially with the strides that Google has made in its automated and real-time bidding capabilities.

The largest difference between programmatic and display is:

The second biggest difference between display and programmatic is the ability to buy ads across platforms.

Display ads are more commonly referred to when placing ads within one specific ad network, such as the Google Display Network.

Programmatic advertising, on the other hand, takes display media to the next level.

With both programmatic and display, advertisers typically have control over the following:

Automated technology has made significant strides throughout the years.

There are many types of programmatic platforms.

The three main types of platforms are:

To familiarize yourself with the different platform types, let’s take a look at some of the major players in each category.

If you’re looking for a video SSP, some of the leading companies include:

While there are many more available to publishers, these are companies you may have heard of but might not have associated with programmatic technology.

Similar to SSPs, these company names may ring a bell and offer DSPs.

Some of the top DSPs include:

Some of the larger DSPs for Connected TV and video include:

Again, there are many more DSPs available to advertisers. It’s important to choose a DSP with the features and inventory you are looking for.

Some DSPs offer self-serve advertising, while others offer both self-serve and full-managed service (likely to larger advertisers or agencies).

Some of the more well-known ad exchangers available to publishers include:

Not all ad exchanges are equal.

It’s important for publishers to research options carefully and choose platforms that align with their goals.

How Much Does Programmatic Advertising Cost?

Simply put, programmatic advertising can cost as little or as much as your budget allows.

It’s a common misconception that small businesses can’t benefit from programmatic technologies – but we’re here to correct that.

Programmatic ads are typically bought on a cost-per-thousand-impressions (CPM) basis.

However, CPMs can be much higher based on factors such as:

A good rule of thumb for programmatic ad cost is: The more niche your audience, the higher CPM you will pay.

So, whether you’re a multi-million dollar advertiser or a small business just getting started, you can likely fit programmatic into your advertising budget.

What Are The Benefits Of Programmatic Advertising?

There are many benefits to incorporating programmatic advertising into your marketing strategy.

Some of the top benefits include:

Arguably the biggest benefit of programmatic advertising is the ability to grow and scale.

Programmatic is the best way to buy ad inventory to reach the masses due to the abundance of cross-platform inventory.

Related to the above benefit of scaling reach, programmatic is one of the most cost-effective types of advertising out there today.

Earlier, we discussed average CPMs for programmatic averaging between $0.50-$2.00.

Even with a small budget, your marketing dollars can go pretty far to reach your target audience and increase awareness of your product or service.

Because programmatic platforms rely on real-time bidding, advertisers reap the benefit of receiving near real-time data.

Why does this matter?

Real-time data means you can make faster decisions and pivots. It also puts you in a proactive – instead of reactive – mode.

Another benefit of programmatic advertising is the type of data segments available to advertisers.

Taking that a step further, DSPs have many third-party segments that advertisers can choose to target if they don’t have first-party data.

This avenue opens the door to finding new customers similar to current ones.

It’s important to note that programmatic advertising is typically seen as an awareness tactic.

Because of this, companies that look solely at last-click success often overlook the true potential of programmatic advertising.

So, how does programmatic fit into a cross-device campaign?

The key is to capture that initial awareness to users through programmatic ads.

Likely, a user won’t purchase a product or service after the first interaction with a brand.

Once a user’s interest is peaked, you have the ability to remarket to them on other platforms based on their interaction or engagement with that initial ad.

Marrying that data together from the first interaction to eventual purchase is key to determining the success of your programmatic strategy.

There are different types of programmatic advertising.

These should not be confused with the programmatic platforms themselves.

The types of programmatic advertising are simply how an advertiser purchases ad inventory.

The four most common types are:

Programmatic ads come in all shapes and sizes.

The beauty of using programmatic ads is tailoring the content to your chosen target audience.

A few well-executed programmatic campaigns include:

The Amanda Foundation is a non-profit animal hospital and shelter rescue in the Los Angeles area.

It created a campaign to help at-risk shelter animals find a home during their final days.

Specifically, it leveraged programmatic signals like location, demographics, and browsing behavior to tailor specific animal images to its audience.

If a user was interested in large dogs, they would be served a banner ad with large dogs instead of smaller dogs.

As you can see, messages and images were tailored to the individual’s behavior and interests.

You’ve most likely seen or heard some version of a Geico ad.

Have you ever thought about the different ads Geico targets for you, though?

The brand carefully chooses its content based on the platform it serves on, the target audience and demographics, and more.

Its commercials are so popular, in fact, that Geico has dedicated a resource page on its website where users can view their favorite commercials.

The basics and benefits of programmatic advertising can help guide your existing programmatic strategy, or if you’re just getting started, create a new strategy that incorporates programmatic.

Understanding the functionality and features of each platform will be a critical component of your programmatic success. 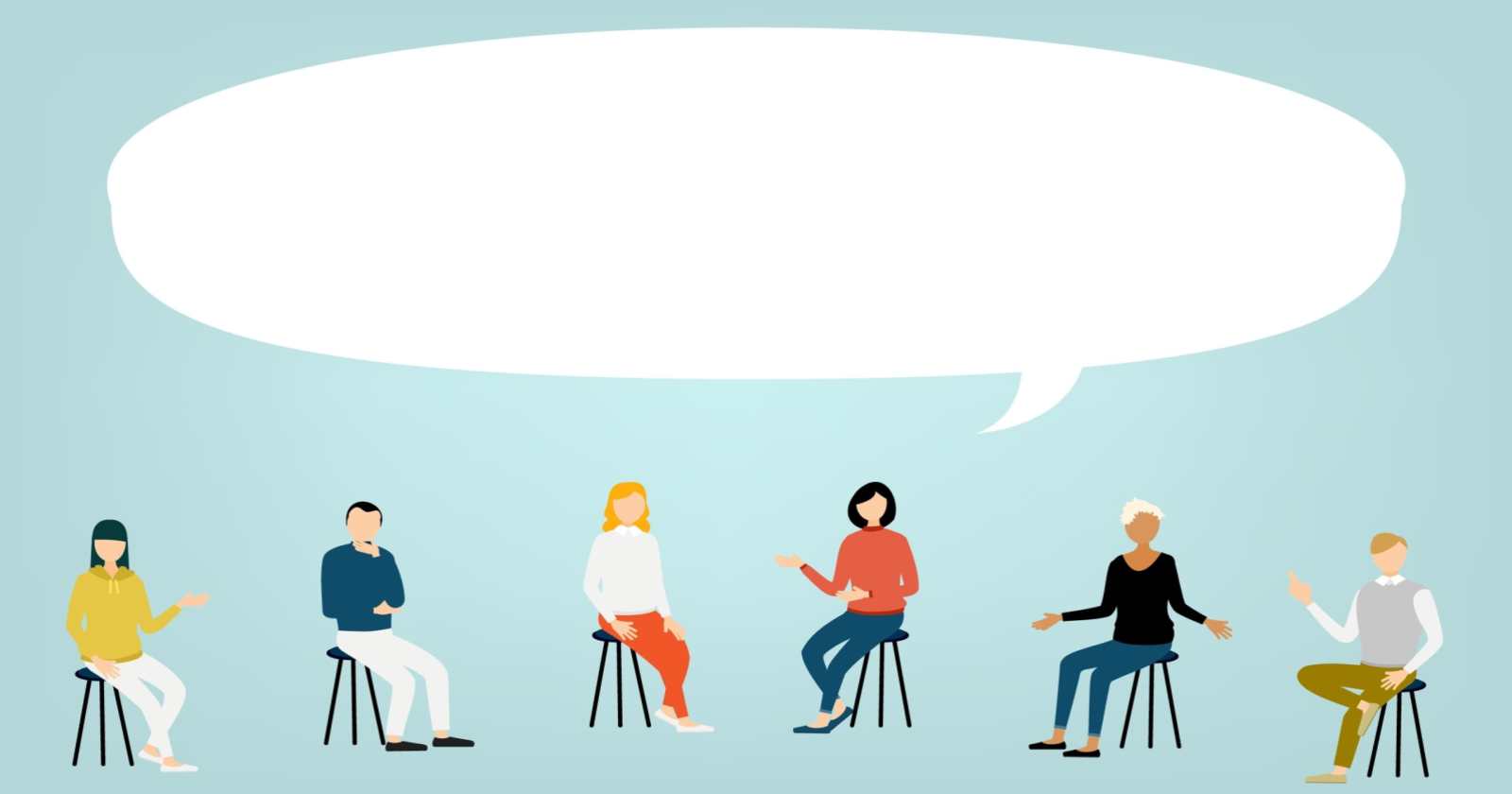 After the event, Google’s Ad Liason, Ginny Marvin, hosted a roundtable of PPC experts specifically in the B2B industry to give their thoughts on the announcements, as well as how they may affect B2B. I was able to participate in the roundtable and gained valuable feedback from the industry.

The Struggle With Images

Some of the updates in Search include browsable search results, larger image assets, and business messages for conversational search.

Brad Geddes, Co-Founder of Adalysis, mentioned “Desktop was never mentioned once.” Others echoed the same sentiment, that many of their B2B clients rely on desktop searches and traffic. With images showing mainly on mobile devices, their B2B clients won’t benefit as much.

Another great point came up about the context of images. While images are great for a user experience, the question reiterated by multiple roundtable members:

Images in search are certainly valuable for verticals such as apparel, automotive, and general eCommerce businesses. But for B2B, they may be left at a disadvantage.

Ginny asked the group what they’d like to change or add to an event like Search On.

The overall consensus: both Search On and Google Marketing Live (GML) have become more consumer-focused.

Greg Finn said that the Search On event was about what he expected, but Google Marketing Live feels too broad now and that Google isn’t speaking to advertisers anymore.

Marvin acknowledged and then revealed that Google received feedback that after this year’s GML, the vision felt like it was geared towards a high-level investor.

The group gave a few potential solutions to help fill the current gap of what was announced, and then later how advertisers can take action.

Michelle Morgan and Melissa Mackey said that “even just screenshots of a B2B SaaS example” would help them immensely. Providing tangible action items on how to bring this information to clients is key.

The second half of the roundtable included input from multiple Google Search Product Managers. I started off with a more broad question to Google:

Cecilia Wong, Global Product Lead of Search Formats, Google, mentioned that while they can’t comment directly on the overall direction, they do focus on Search. Their recommendation:

Google could not comment directly but acknowledged that looser restrictions on image content is a need for B2B advertisers.

Is Value-Based Bidding Worth The Hassle?

The topic of value-based bidding came up after Carlo Buchmann, Product Manager of Smart Bidding, said that they want advertisers to embrace and move towards value-based bidding. While the feedback seemed grim, it opened up for candid conversation.

Melissa Mackey said that while she’s talked to her clients about values-based bidding, none of her clients want to pull the trigger. For B2B, it’s difficult to assess the value on different conversion points.

Further, she stated that clients become fixated on their pipeline information and can end up making it too complicated. To sum up, they’re struggling to translate the value number input to what a sale is actually worth.

Geddes mentioned that some of his more sophisticated clients have moved back to manual bidding because Google doesn’t take all the values and signals to pass back and forth.

Finn closed the conversation with his experience. He emphasized that Google has not brought forth anything about best practices for value-based bidding. By having only one value, it seems like CPA bidding. And when a client has multiple value inputs, Google tends to optimize towards the lower-value conversions – ultimately affecting lead quality.

The Google Search Product Managers closed by providing additional resources to dig into overall best practices to leverage search in the world of automation.

Google made it clear that the future of search is visual. For B2B companies, it may require extra creativity to succeed and compete with the visualization updates.

However, the PPC roundtable experts weighed in that if Google wants advertisers to adopt these features, they need to support advertisers more – especially B2B marketers. With limited time and resources, advertisers big and small are trying to do more with less.

Marketers are relying on Google to make these Search updates relevant to not only the user but the advertisers. Having clearer guides, use cases, and conversations is a great step to bringing back the Google and advertiser collaboration.

A special thank you to Ginny Marvin of Google for making space to hear B2B advertiser feedback, as well as all the PPC experts for weighing in.