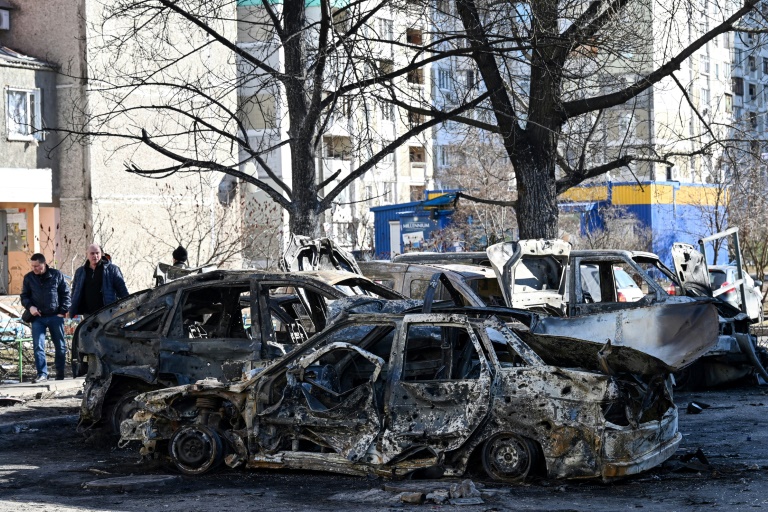 Social media giants Twitter and Facebook parent Meta moved Monday to curb the presence on their platforms of Russian state-linked news outlets, which stand accused of pushing misinformation about Moscow’s invasion of Ukraine.

The tech platforms have become one of the fronts in the internationally condemned attack, home to sometimes false narratives but also real-time monitoring of a conflict that marks Europe’s biggest geopolitical crisis in decades.

Meta said it would be restricting access in the European Union to RT and Sputnik, which Western nations have accused of being Kremlin mouthpieces and serving as a platform to argue for war.

The social media behemoth’s vice president of global affairs, Nick Clegg, cited the “exceptional nature of the current situation” in announcing the decision but offered no details.

Twitter’s head of site integrity, Yoel Roth, wrote that the platform has been seeing more than 45,000 tweets per day that are sharing links to the outlets.

“Our product should make it easy to understand who’s behind the content you see, and what their motivations and intentions are,” he added.

In addition to adding labels that identify the sources of links, Roth said the platform is also “taking steps to significantly reduce the circulation of this content on Twitter.”

Twitter and Facebook have both been hit with access restrictions in Russia since the invasion of Ukraine and are now “largely unusable,” said web monitoring group NetBlocks.

The European Union had already announced Sunday a ban on RT and Sputnik broadcasting in the bloc, with EU chief Ursula von der Leyen saying they “will no longer be able to spread their lies to justify (President Vladimir) Putin’s war.”

A Sputnik report fired back over the moves to restrict its access to social to media, saying the “unprecedented bans are a clear assault on free speech, but you can still follow Sputnik on Telegram.”

The US State Department, in a report published in January, said the outlets equate themselves with public, independent media like the BBC but in fact “serve primarily as conduits for the Kremlin’s talking points.”

“RT and Sputnik are not transparent, and their overall goals appear to be fundamentally different from independent media… the Russian government is closely involved,” the report said.

“The outlets’ reporting and programming openly supports the Kremlin’s positions and policies, and both frequently spread disinformation,” it added.

The outlets are Russia’s primary media directed at non-Russian speakers, with RT offering a global network of channels, websites and social media accounts publishing content in English, Spanish, French, Arabic, German as well as Russian, according to the State Department.

News of the RT and Sputnik restrictions came the day after Meta said pro-Russia groups were orchestrating misinformation campaigns on social media, using fake profiles or hacked accounts to paint Ukraine as a feeble pawn of Western duplicity.

The cyber security team at the tech giant — also parent to Instagram — said it blocked a set of Russia-linked fake accounts that were part of a social media scheme to undermine Ukraine.

Meta Shares its Latest Advances in Automated Object Identification, a Key Development in its AR Push

The Ultimate Guide to Video Marketing