Meta has outlined its latest advances in automated object identification within images, with its updated SEER system now, according to Meta, the largest and most advanced computer vision model available.

SEER – which is a derivative of ‘self-supervised’ – is able to learn from any random group of images on the internet, without the need for manual curation and labeling, which accelerates its capacity to identify a wide array of different objects within a frame, and it’s now able to outperform the leading industry standard computer vision systems in terms of accuracy.

And it’s only getting better. The original version of SEER, which was initially announced by Meta last year, was built on a model of over 1 billion images. This new version is now 10x the scope.

“When we first announced SEER last spring, it outperformed state-of-the-art systems, demonstrating that self-supervised learning can excel at computer vision tasks in real world settings. We’ve now scaled SEER from 1 billion to 10 billion dense parameters, making it to our knowledge the largest dense computer vision model of its kind.”

Of particular note is the system’s capacity to identify different images of different people and cultures, while it’s also able to assign meaning and interpretation to objects from varying global regions.

“Traditional computer vision systems are trained primarily on examples from the U.S. and wealthy countries in Europe, so they often don’t work well for images from other places with different socioeconomic characteristics. But SEER delivers strong results for images from all around the globe – including non-U.S. and non-Europe regions with a wide range of income levels.”

That’s significant, because it’ll expand the system’s understanding of different objects and uses, which can then help to improve accuracy, and provide better automated descriptions of what’s in a frame. That can then provide more context for visually impaired users, along with product identification matching, signage signals, branding alerts, etc.

Meta also notes that the system is a key component of its next shift.

“Advancing computer vision is an important part of building the Metaverse. For example, to build AR glasses that can guide you to your misplaced keys or show you how to make a favorite recipe, we will need machines that understand the visual world as people do. They will need to work well in kitchens not just in Kansas and Kyoto but also in Kuala Lumpur, Kinshasa, and myriad other places around the world. This means recognizing all the different variations of everyday objects like house keys or stoves or spices. SEER breaks new ground in achieving this robust performance.”

Meta’s been working on improved object identification for years, and has made significant advances in terms of automated captions, reader descriptions and more.

It’s also working on identifying objects within video, the next stage. And while that’s not a viable option as yet, it could, eventually, lead to all new data insights, by enabling you to learn more about what each individual user posts about, and how to reach them with your promotions.

Even right now, this can be valuable. If you knew, for example, that a certain subset of users on Instagram were more likely to post a picture of their meal, based on previous posting patterns, that could help in your ad targeting. Extrapolate that to any subject, with a high degree of accuracy in data matching, and that could be a great way to generate maximum value from your ad approach.

And that’s before, as Meta notes, considering the advanced applications in AR overlays, or in improving its video algorithms to show people more of the content they’re more likely to engage with, based on what’s actually in each frame.

The next stage is coming, and systems like this will underpin major shifts in online connectivity.

You can read more about Meta’s SEER system here. 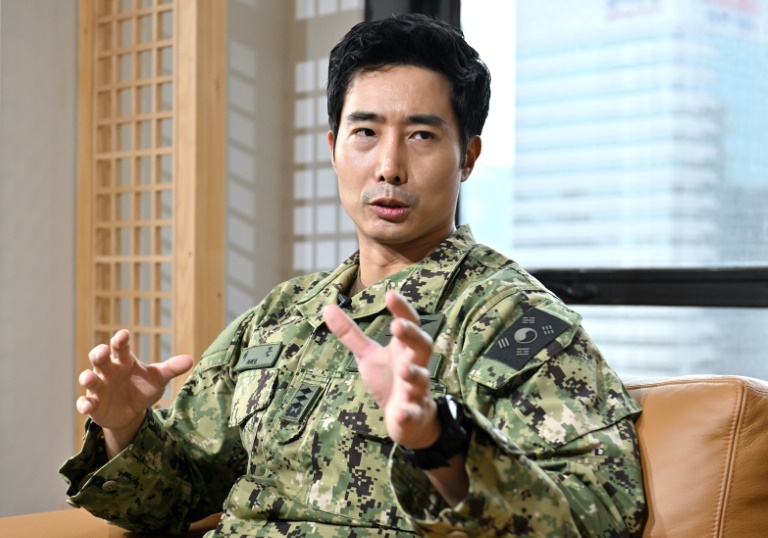 A former South Korean Navy SEAL turned YouTuber who risked jail time to leave Seoul and fight for Ukraine says it would have been a “crime” not to use his skills to help.

Ken Rhee, an ex-special warfare officer, signed up at the Ukrainian Embassy in Seoul the moment President Volodymyr Zelensky asked for global volunteers and was fighting on the front lines near Kyiv by early March.

To get there, he had to break South Korean law — Seoul banned its citizens from travelling to Ukraine, and Rhee, who was injured in a fall while leading a special operations patrol there, was met at the airport by 15 police officers on his return.

But the celebrity ex-soldier, who has a YouTube channel with 700,000 followers and documented much of his Ukraine experience on his popular Instagram account, says he has no regrets.

“You’re walking down the beach and you see a sign by the water saying ‘no swimming’ — but you see someone drowning. It’s a crime not to help. That’s how I see it,” he told AFP.

Rhee was born in South Korea but raised in the United States. He attended the Virginia Military Institute and planned to join the US Navy SEALS, but his father — a “patriot”, he says — convinced his son to return to South Korea to enlist.

He served for seven years, undergoing both US and Korean SEAL training and doing multiple stints in war zones in Somalia and Iraq before leaving to set up a defence consultancy.

“I have the skillset. I have the experience. I was in two different wars, and going to Ukraine, I knew I could help,” he said, adding that he viewed breaking South Korea’s passport law to leave as equivalent to a “traffic violation”.

But the reaction in South Korea — where Rhee shot to fame as a trainer in the popular YouTube series “Fake Men” — was swift and unforgiving.

“It was instant. People in Korea, they just criticised me about breaking the law,” said Rhee.

His critics claim the 38-year-old’s decision was criminally irresponsible, and point to his posting of war footage on his YouTube and Instagram accounts as evidence of showboating.

Rhee says he tries not to let the furore get to him. “I think it’s pretty obvious who the good guys are and who the bad guys are,” he said of Russia and Ukraine.

On his first day on the frontline in Irpin — which he describes as “the Wild West” and “chaos” — he says he witnessed Russian war crimes.

“I saw a civilian get shot. He was driving… and they shot him through the windshield and he died in front of us,” he said.

“It was like: there’s my proof. There’s definitely war crimes going on. It reminded me and my teammates what we were doing and why we were there,” he said.

Because of his military training, Rhee was told to set up his own team, so he recruited other volunteers with combat experience and set up a multi-national special operations group.

“I was eating Canadian MREs. My gun was from the Czech Republic. I have a Javelin missile from the United States. I have a rocket that’s from Germany… but nothing is Korean,” he said.

He tried to take his Korean-made night vision goggles but was not given government export permission. Seoul has provided non-lethal aid to Kyiv, but Rhee said they could do more.

Russia said this week that 13 South Koreans had travelled to Ukraine — including four who were killed. Seoul said it was trying to verify the claims.

Although Rhee did not know the fate of all his teammates, he said “a lot of my friends have died”.

“I don’t want my friends’ sacrifices to be forgotten,” he said, adding that he plans to write a book — and maybe a screenplay — about his team’s experiences.

But first, he needs to deal with the official repercussions of his trip. He is quietly optimistic South Korea’s new conservative administration won’t put him in jail.

Rhee is not allowed to leave the country until his case is resolved, and is receiving treatment for his injuries. But he hopes one day to fight alongside his teammates again, for a cause they believe in.

The joke as people left the frontline was: “See you in Taiwan,” he said, referring darkly to the risk that Beijing will follow Moscow’s lead and invade a neighbouring democracy.