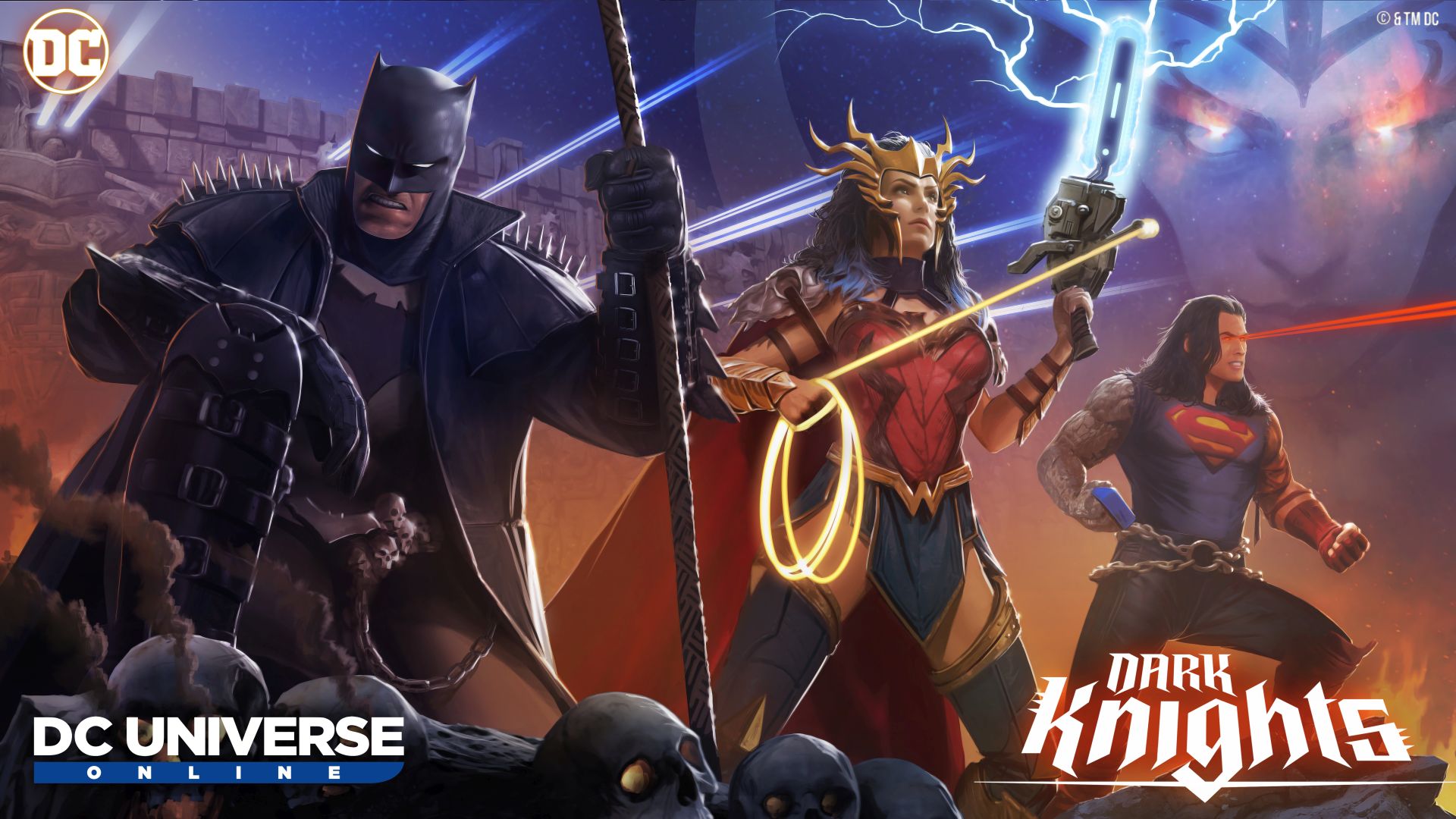 Suffering descends on the Multiverse in DC Universe Online’s new free episode, Dark Knights. Perpetua — the creator of the Multiverse — has escaped the Source Wall. Her goal? Remake the Multiverse by destroying good worlds and siphoning power from evil worlds.  With this kind of power, no one can stop her.

Well, no one except for you and a desperate alliance of DC Super Heroes and Super-Villains. You’ll work together to try to dismantle Perpetua’s crisis engines, face off against the Dark Knights, and prevent Perpetua’s twisted visions for the Multiverse from becoming your reality.

The Washington D.C. introduced in The Legion of Doom is now a ruined and twisted playground for The Batman Who Laughs. Destruction runs rampant, laying waste to familiar landmarks like the Hall of Justice.

You’ll team up with Lex Luthor and visit evil worlds like New Apokolips and Earth 3 to dismantle Perpetua’s power generators. Along the way, you’ll battle foes like Darkfather, Superwoman, and The Devastator.

Once you’ve weakened Perpetua’s suffering engines, you’ll be able to bring the battle to her at the Source Wall. Will you fall at the hands of the Dark Knights or rise to the occasion and seal Perpetua away?

For those about to rock, we salute you. Dark Knights features two new gear styles to earn inspired by the Death Metal versions of Batman and Wonder Woman. In addition to these new episode rewards, make sure to collect your free April daily rewards from Doctor Fate in the House of Legends!

DC Universe Online is free to play for all Xbox One players. All episodes are free to access for everyone, so you can play alongside your friends no matter the content.

New or returning? Download DCUO for free from the Microsoft Store on Xbox One.

Once you start the game, choose your morality, mentor, and powers to use in battle. Then create and customize your unique character to begin your adventures in the iconic DC universe!

For additional content details and guides to get started in DCUO, please visit us at DCUniverseOnline.com.

DC Universe™ Online is now on Xbox One! Join thousands of other players in this Free-to-Play, massive online action game set in the popular DC Comics universe. Choose your side – Hero or Villain – and create your character to experience true action combat, as you fight alongside and against legendary characters such as Batman, Wonder Woman, Superman, Lex Luthor, and Circe.

Jump in and explore the DC Universe; walk the darkened streets of Gotham City, investigate the mysteries of the futuristic cityscape of Metropolis, and travel to legendary locations such as Arkham Asylum and the Watchtower.

The Xbox One version of DC Universe Online includes the following:

Become a part of our thriving community at DCUniverseOnline.com!

Please note the download is around 35GB and could take several hours, but it’s worth the wait!

Strike from the Shadows in the Newest Rogue Company Update