Twitter provides additional clarity on how it limits the visibility of duplicate content shared widely across the platform.

It wasn’t clear what constitutes a violation, or what exactly happens when a violation occurs.

Twitter has now published a help page answering many of the unknown questions.

Known colloquially as “copypasta,” Twitter’s policy targets blocks of text, images, or a combination of content that has been copied and pasted into tweets.

Content found to violate this policy may be hidden from other users, or be ineligible for promotion.

In cases of severe violations, it may result in removal or permanent account suspension.

“Copypasta or duplicate content is a tactic for propagating a message, and is used for a wide range of purposes, it can be repetitive, spammy, and disruptive to people’s experience on Twitter.”

According to Twitter, copypasta can be used to manipulate the site to artificially boost content, suppress information, or manipulate the app’s trends and top search results.

Content that will be limited under these new rules include:

It will not affect posts made using Twitter’s retweet feature or copy-pasted content that is combined with unique commentary or reaction.

Tweets that explicitly quote copied text will also not be impacted.

Copypasta Tweets Will Have Limited Visibility

Twitter will limit the reach of duplicative tweets in the same manner it restricts those deemed abusive, spammy or in violation of applicable laws.

The social media platform limits the visibility of this type of content by:

10 Ways To Optimize Your Site For Future SEO Success 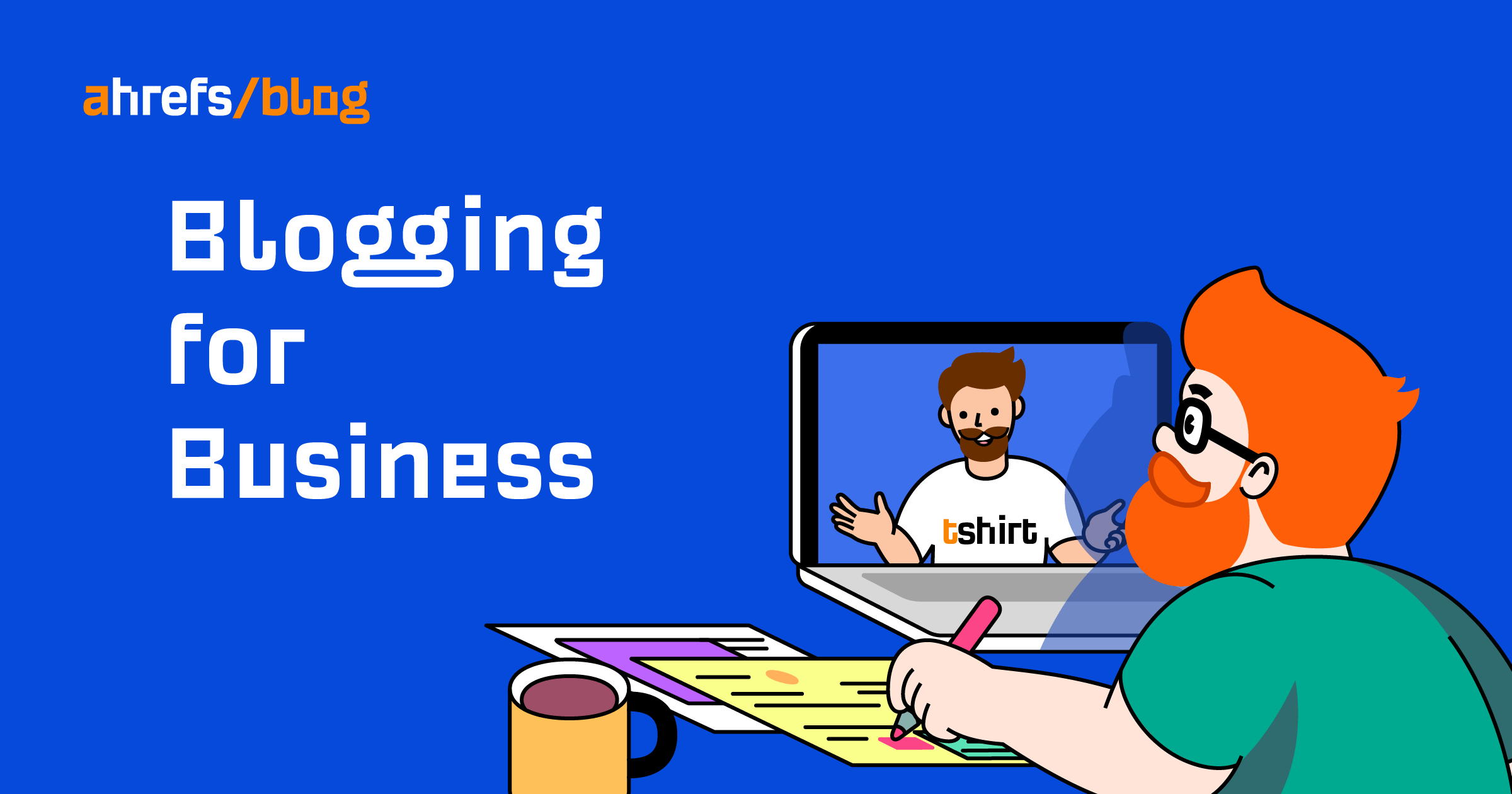 Creating and selling educational courses can be a lucrative business. But if you already have a product to sell, you can actually use courses as a marketing tool.

Back in 2017, about two years after joining Ahrefs, I decided to create a course on content marketing.

I had a very clear understanding of how an educational course would help me promote Ahrefs.

That was my raw thought process going into this venture.

And I absolutely didn’t expect that the lifespan of my course would be as interesting and nuanced as it turned out to be.

The lessons of my course have generated over 500K+ in total views, brought in mid-five-figures in revenue (without even trying), and turned out to be a very helpful resource for our various marketing purposes.

So here goes the story of my “Blogging for Business” course.

I won’t give you any tips on how to create a successful course (well, maybe just one). There are plenty of resources (courses?) on that topic already.

All I want to say is that my own experience was quite grueling.

The 10 lessons of my course span some 40K words. I have never attempted the feat of writing a book, but I imagine creating such a lengthy course is as close as it gets.

I spent a tremendous amount of time polishing each lesson. The course was going to be free, so it was critical that my content was riveting. If not, people would just bounce from it.

Paid courses are quite different in that sense. You pay money to watch them. So even if the content is boring at times, you’ll persevere anyway to ensure a return on your investment.

When I showed the draft version of the course to my friend, Ali Mese, he gave me a simple yet invaluable tip: “Break your lessons into smaller ones. Make each just three to four minutes long.”

How did I not think of this myself?

Short, “snackable” lessons provide a better sense of completion and progress. You’re also more likely to finish a short lesson without getting distracted by something.

I’m pretty sure that it is because of this simple tip that my course landed this Netflix comparison (i.e., best compliment ever):

With the prices of similar courses ranging from $500 to $2,000, it was really tempting to make some profit with ours.

I think we had around 15,000 paying customers at Ahrefs at that time (and many more on the free plan). So if just 1% of them bought that course for $1K, that would be an easy $150K to pocket. And then we could keep upselling it to our future customers.

Alternatively, we thought about giving access to the course to our paying customers only.

This might have boosted our sales, since the course was a cool addition to the Ahrefs subscription.

And it could also improve user retention. The course was a great training resource for new employees, which our customers would lose access to if they canceled their Ahrefs subscription.

And yet, releasing it for free as a lead acquisition and lead nurturing play seemed to make a lot more sense than the other two options. So we stuck to that.

Teasing something to people before you let them get it seems like one of the fundamental rules of marketing.

There’s something about “the wait” and the anticipation that we humans just love to experience.

So while I was toiling away and putting lessons of my course together, we launched a landing page to announce it and collect people’s emails.

In case someone hesitated to leave their email, we had two cool bonuses to nudge them:

The latter appealed to freebie lovers so much that it soon “leaked” to Reddit and BlackHatWorld. In hindsight, this leak was actually a nice (unplanned) promo for the course.

I don’t remember our exact promotion strategy. But I’m pretty sure it went something like this:

I also added a little “sharing loop” to the welcome email. I asked people to tell their friends about the course, justifying it with the fact that taking the course with others was more fun than doing it alone.

I have no idea how effective that “growth hack” was, but there was no reason not to encourage sharing.

In total, we managed to get some 16,000 people on our waitlist by the day of the course launch.

On a set date, the following email went out to our waitlist:

Did you notice the “note” saying that the videos were only available for free for 30 days? We did that to nudge people to watch them as soon as possible and not save them to the “Watch later” folder.

In retrospect, I wish we had used this angle from the very beginning: “FREE for 30 days. Then $799.”

This would’ve killed two birds with one stone:

(If only we could be as smart about predicting the future as we are about reflecting on the past.)

Once it was live, the course started to promote itself. I was seeing many super flattering tweets:

We then took the most prominent of those tweets and featured them on the course landing page for some social proof. (They’re still there, by the way.)

Once the 30 days of free access ran out, we added a $799 paywall. And it didn’t take long for the first sale to arrive:

This early luck didn’t push us to focus on selling this course, though. We didn’t invest any effort into promoting it. It was just sitting passively in our Academy with a $799 price tag, and that was it.

And yet, despite the lack of promotion, that course was generating 8-10 sales every month—which were mostly coming from word of mouth.

Thanks to its hefty price, my course soon appeared on some popular websites with pirated courses. And we were actually glad that it did. Because that meant more people would learn about our content and product.

Then some people who were “late to the party” started asking me if I was ever going to reopen the course for free again. This actually seemed like a perfectly reasonable strategy at the time:

That $799 price tag also turned my free course into a pretty useful marketing tool. It was a perfect gift for all sorts of giveaways on Twitter, on podcasts, during live talks, and so on.

And whenever we partnered with someone, they were super happy to get a few licenses of the course, which they could give out to their audience.

Despite my original plan to update and relaunch this course once a year, I got buried under other work and didn’t manage to find time for it.

And then the pandemic hit.

That’s when we noticed a cool trend. Many companies were providing free access to their premium educational materials. This was done to support the “stay at home” narrative and help people learn new skills.

I think it was SQ who suggested that we should jump on that train with my “Blogging for Business” course. And so we did:

We couldn’t have hoped for a better timing for that relaunch. The buzz was absolutely insane. The announcement tweet alone has generated a staggering 278K+ impressions (not without some paid boosts, of course).

We also went ahead and reposted that course on ProductHunt once again (because why not?).

All in all, that relaunch turned out to be even more successful than the original launch itself.

In the course of their lifespan on Wistia, the 40 video lessons of my course generated a total of 372K plays.

And this isn’t even the end of it.

Because the course was now free, it no longer made sense to host it at Wistia. So we uploaded all lessons to YouTube and made them public.

To date, the 41 videos of my course have generated about 187K views on YouTube.

It’s fair to mention that we had around 200,000 subscribers on our channel at the time of publishing my course there. A brand-new channel with no existing subscribers will likely generate fewer views.

Here’s an interesting observation that both Sam and I made at around the same time.

Many people were publishing their courses on YouTube as a single video spanning a few hours rather than cutting them into individual lessons like we did. And those long videos were generating millions of views!

Like these two, ranking at the top for “learn Python course,” which have 33M and 27M views, respectively:

So we decided to run a test with Sam’s “SEO for Beginners” course. It was originally published on YouTube as 14 standalone video lessons and generated a total of 140K views.

Well, the “single video” version of that same course has blown it out of the water with over 1M views as of today.

I’m sure you can already tell where I’m going with this.

We’re soon going to republish my “Blogging for Business” course on YouTube as a single video. And hopefully, it will perform just as well.

So that’s the story of my “Blogging for Business” course. From the very beginning, it was planned as a promotional tool for Ahrefs. And judging by its performance, I guess it fulfilled its purpose rather successfully.

Don’t get me wrong, though.

The fact that my course was conceived as a promotional tool doesn’t mean that I didn’t pour my heart and soul into it. It was a perfectly genuine and honest attempt to create a super useful educational resource for content marketing newbies.

And I’m still hoping to work on the 2.0 version of it someday. In the past four years, I have accrued quite a bit more content marketing knowledge that I’m keen to share with everyone. So follow me on Twitter, and stay tuned.