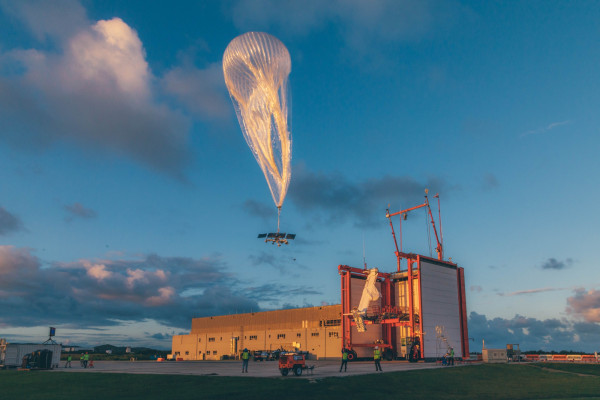 Google’s parent firm, Alphabet, is done exploring the idea of using a fleet of balloons to beam high-speed internet in remote parts of the world.

The firm said on Thursday evening that it was winding down Loon, a nine-year-old project and a two-and-a-half-year-old spin off firm, after failing to find a sustainable business model and partners for one of its most prominent moonshot projects.

The demise of Loon, which assumed spotlight after the project helped restore cell services knocked out by a hurricane in Puerto Rico, comes a year after the Android-maker ended Google Station, its other major connectivity effort to bring internet to the next billion users.

Through Station, Google provided internet connectivity at over 400 railway stations in India and sought to replicate the model in other public places in more nations.

That said, Alphabet’s move today is still surprising. Just last year, Loon had secured approval from the government of Kenya to launch first balloons to provide commercial connectivity services — something it did successfully achieve months later, giving an impression that things were moving in the right direction.

On its website, Loon has long stated its mission as: “Loon is focused on bringing connectivity to unserved and underserved communities around the world. We are in discussions with telecommunications companies and governments worldwide to provide a solution to help extend internet connectivity to these underserved areas.”

Perhaps the growing interest of SpaceX and Amazon in this space influenced Alphabet’s decision — if not, the two firms are also going to have to confront some difficult feasibility questions in the future.

“We talk a lot about connecting the next billion users, but the reality is Loon has been chasing the hardest problem of all in connectivity — the last billion users,” wrote Alastair Westgarth, chief executive of Loon, in a blog post.

“The communities in areas too difficult or remote to reach, or the areas where delivering service with existing technologies is just too expensive for everyday people. While we’ve found a number of willing partners along the way, we haven’t found a way to get the costs low enough to build a long-term, sustainable business. Developing radical new technology is inherently risky, but that doesn’t make breaking this news any easier.”

“The Loon team is proud to have catalyzed an ecosystem of organizations working on providing connectivity from the stratosphere. The world needs a layered approach to connectivity — terrestrial, stratospheric, and space-based — because each layer is suited to different parts of the problem. In this area, Loon has made a number of important technical contributions,” wrote Westgarth.

In a separate blog post, the firm said it had pledged a fund of $10 million to support nonprofits and businesses focussed on connectivity, internet, entrepreneurship and education in Kenya.

Alphabet also plans to take some of Loon’s technology forward and share what it learned from this moonshot idea with others.

Additionally, “some of Loon’s technology — like the high bandwidth (20Gbps+) optical communication links that were first used to beam a connection between balloons bopping in the stratosphere — already lives on in Project Taara. This team is currently working with partners in Sub-Saharan Africa to bring affordable, high-speed internet to unconnected and under-connected communities starting in Kenya,” the firm said.

Scores of firms including Google and Facebook have visibly scaled down several of their connectivity efforts in recent years after many developing nations such as India that they targeted solved their internet problems on their own.

It has also become clear that subsidizing internet access to hundreds of millions of potential users is perhaps not the most sustainable way to acquire customers.