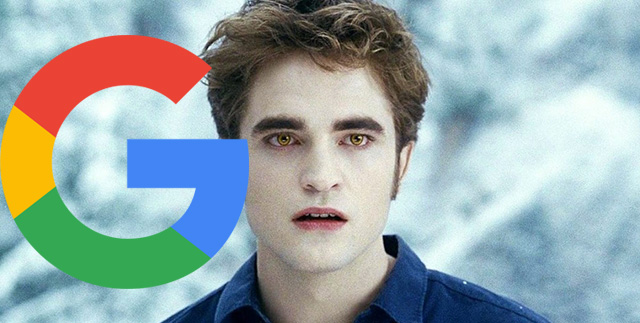 The Federal Vampire & Zombie Agency is no longer showing up in Google Search, is it some sort of conspiracy or technical bug? Well, it is a technical issue with the web site, it is having server issues but I thought it would be fun to cover since I never knew such an agency existed.

The Federal Vampire & Zombie Agency (FVZA), also known as the Vampire National Guard (Vanguard), was responsible for controlling the nation’s vampire and zombie populations while overseeing scientific research into the undead. At least that is what the website said (although I cannot access it now, which likely why Google is not displaying it).

I spotted this via Reddit, where else would someone spot this, and the person posted “What’s up with The Federal Vampire and Zombie Agency’s main site being completely delisted on Google?”

Yep, a site command for [site:fvza.org] brings up the fishing guy:

But Bing catches it:

Gary Illyes from Google replied to this on Reddit pointing to the Google mobile friendly test showing that Googlebot said the Crawl failed. Gary added “the site in question doesn’t have a robots.txt and the tool I linked to would also just say that, that the URL is disallowed for crawling. My guess is that some misconfigured firewall is preventing Google’s crawler accessing the site altogether.”

Again, personally I cannot access it right now either.

So if you are looking to renew your membership to The Federal Vampire & Zombie Agency, you will need for someone to bring it back to life.

Google May Update The Webmaster Guidelines In 2022

For those of you still using Google AMP, like myself, did you know that GA 4, Google Analytics 4 and Google AMP do not play nicely together. GA4 still does not officially support AMP pages and we don’t know if or when GA4 will support AMP.

The good news is that David Vallejo published a detailed piece on what you can track in GA4 with AMP on his site over here. It is super detailed, so make sure you set a time to review in detail.

But according to Krista Seiden, the Google Analytics guru, GA4 does not currently officially deal with AMP and she has no idea if they ever will.

Calling @kristaseiden & @fedorovicius. I know that AMP and GA4 haven’t played nicely together in the past, is that still the case? What do you recommend for tracking AMP in GA4?? https://t.co/e2sGeoifKl

Correct, nothing official yet. TBD on if/when 🤷‍♀️

I have to imagine GA4 will add more support? As a publisher that still uses AMP, I do want GA4 to support it, espesially since we are being forced over to it.

Or maybe it will just force me to stop using AMP?

Benchmark your social media performance for a competitive edge

How to Create an Email Newsletter People Actually Read