I am seeing tons of reports over the past 24 hours of complaints around mass disapproving of ads and suspensions of accounts within Google Ads. Some are specific to being disapproved around “government documents and circumventing systems.”

Ginny Marvin from Google updated us saying no, there is no bug or mass disapprovals going on.

I am seeing very little information from Google on these disapprovals and account suspensions. Ginny Marvin from Google did respond to one complaint on Twitter from a respected member of the search marketing community saying “we take system safety very seriously & have focused significantly in this area to both catch more fraud & reduce flagging of good customers. I know it can be frustrating, but we review all appeals & monitor incorrect decisions to provide feedback to our systems. Due to the complex and sensitive nature of these situations, support reps are not able to comment on suspension details.” She did offer a link to this help page for a place to start.

Hi John, We take system safety very seriously & have focused significantly in this area to both catch more fraud & reduce flagging of good customers. I know it can be frustrating, but we review all appeals & monitor incorrect decisions to provide feedback to our systems. 1/2…

Appreciate the reply, Ginny. It is indeed very frustrating. I’ll have a look at that doc and work my way through it, but do know this is a huge issue going on right now, for me and many others.

The ratio might surprise you & it’s one of the reasons the team is so heavily focused in this area to both catch issues & reduce false positives. I’ve shared this feedback with the team and we‘ll continue to invest in making the experience better.

Lior Krolewicz posted a screenshot of some of these messages on his blog saying “when I logged into Google Ads this morning, I saw multiple accounts with newly disapproved ads for one fairly odd policy: Disapproved (Government Documents and Official Services).” Here is that help document on that government documents and official services policy:

Google provides more examples in the help document but Lior said “I soon began getting emails from clients that received the same messages and realized it was not an isolated issue.” He also posted a screenshot showing the number of ads disapproved.

the only thing I can see on the ad (along with the other ads that were popped for the same violation) is the use of the word “Official” in the headline with the brand’s name. @adsliaison 🕵️any insight? Recent updates to the policy that might have tripped up on these?

Hi Ginny – our accounts were hit, en masse. Support confirmed the error in 1 acct but said the fix would take 2 days. any chance we can speed that up? pic.twitter.com/1ycGnBz2CQ

There is also a large thread on these complaints in the Reddit forums saying “Anyone else seeing tons of ads getting disapproved for government documents and circumventing systems?” Then there are tons and tons of threads of complaints around this in the Google Ads forums, I’ll just list some – I can’t go through all of them:

Again, something is going on around this “government documents and circumventing systems” and maybe other efforts to step up policy enforcement. I am not sure if all of these disapprovals and suspensions are accurate or not but it seems Google is not talking about it much.

Ginny Marvin responded to my request for more details saying this is not a bug – not that I thought it was a bug, I thought there was some step up in policy enforcement:

Hi Barry, Safety is paramount and our policies span range of concerns, including the content of ad creatives and advertiser behavior. The issues addressed in this story aren’t related. We also haven’t seen any “mass” disapprovals that would indicate a bug.

Ginny added there is also no mass disapprovals going on:

The teams are keenly aware that policy flags are disruptive and work incredibly hard to strike the right balance. Safety is critical to a healthy system. Advertisers can request as reviews and/or appeals.

Maybe I am confusing things?

FYI – chatting with Google Ads support yesterday, they said it was a “known issue”. pic.twitter.com/TmAdmjFs3a

Forum discussion at Reddit and the forum links above.

Advertisement
See also  Google Massages Are Back
Related Topics:accountsAdsDisapprovingGoogleMassesSuspending
Up Next 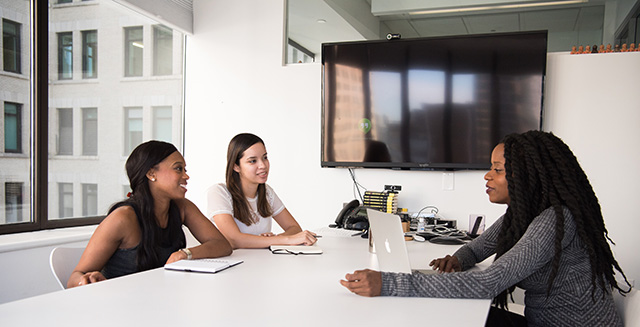 At the Google NYC SEO Meetup Lily Ray mentioned that when it comes to interviewing new employees for the Amsive Digital SEO team, she asks a question you must get right or you are immediate dismissed. The question is, what is the difference between crawling, indexing, rendering and rankings.

Danny Sullivan of Google shared this comment on Twitter saying “Says @lilyraynyc about hiring good SEOs: “We ask them the difference between crawling, indexing, ranking and rendering. You’d be surprised how many get this wrong.” I’m paraphrasing her, and it’s an excellent question #SearchCentralNYCSEOmeetup.”

To be clear, Lily was talking about an experienced SEO looking for a job, not an intern or someone with little to no experience.

Says @lilyraynyc about hiring good SEOs: “We ask them the difference between crawling, indexing, ranking and rendering. You’d be surprised how many get this wrong.” I’m paraphrasing her, and it’s an excellent question #SearchCentralNYCSEOmeetup pic.twitter.com/rlcAVc3wVK

Danny I guess agreed with this after this joke was made he responded as such:

I think it’s less about knowing that making someone an expert but rather that’s fundamental things that if someone doesn’t know, they’re not really qualified at all.

Now, do you think all SEOs should now these differences? I kind of do – I do think it is fundamental – but I bet you many do not know the difference between crawling, indexing, rendering and rankings?

Work smarter, not harder, to give customers what they want

RimWorld, the Acclaimed Sci-Fi Colony Management Sim, is Coming to Xbox on July 29

Why we care about performance marketing