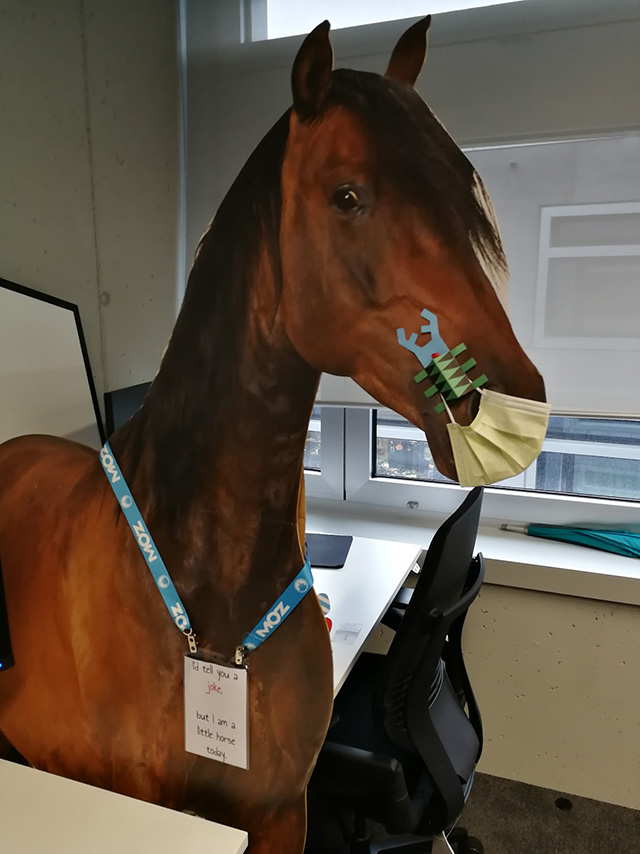 So John Mueller of Google shared a photo of his cardboard cut out the other day and I was super upset that it was without a mask. John then shared on Twitter that the User-agent horse had a mask – so all is good now.

If you look at the badge on the horse, it says “I’d tell you a joke, but I am a little horse today.” I am glad the hoarse horse is masking even more now. 🙂

He shared this on Twitter – the thread is pretty funny.

Well, @methode , @g33konaut , @marrrr wanted a pony. So I got user-agent. It turns out that ponies aren’t just small horses, so that was a bit awkward at first.

Who knew that people were so peculiar about facts? They all look the same to me, and it definitely wasn’t a cow, so it seemed like a safe choice.

User-agent didn’t complain about the food, and was pretty quiet, so overall it had quite a positive influence either way.

Google Says Stock Or Inventory Levels Should Not Impact Rankings

Again I am seeing signals, both a lot of chatter from the SEO community and tools lighting up around a possible but yet unconfirmed Google search ranking algorithm update. Yes, there has been a ton of unconfirmed updates in the past couple of weeks and let’s add this one to the list.

Most recently we had unconfirmed Google search updates on January 19th and 20th, January 14th, 15th and 17th, then before that on January 11th and then it was quiet until some tremors in late December. So now I am seeing chatter start up on Friday, January 21st and spike through January 22nd and this morning.

It might be just some sort of update that Google didn’t announce that started a week or two ago and it is still rolling out but it is hard for us to say without a statement from Google.

And like the other unconfirmed updates this month, there is both SEO industry chatter and data from the tracking tools that support this but yes, we do not have a Google confirmation about an update.

Like I said above, the chatter started around Friday, January 21st and continued through Saturday January 22nd and today, Sunday January 23rd. Here is what I found at WebmasterWorld throughout this timeframe:

About the same here. I assume the update is still rolling out or twhat we are seeing is the ghost town after an update.

The lost keywords on mobile search have not returned. They do show on desktops. The page experience for mobile is good so not sure what’s really going on. Any ideas would be welcomed.

update: this is only in US by the looks of it. All the ‘lost’ keywords show in UK and other places but have been removed from US.

I see high spikes in traffic on totally irrelevant pages on my site. This morning it looks like quality traffic is starting to pick up. The weird thing is that G drives so much traffic to very unimportant pages. Some adjustment is certainly taking place.

My main site is about weather forecast. This morning I had high traffic spikes on pages from small and irrelevant towns in Tanzania, Colombia, Chile, Kenya and many others. This is unusual. These locations are not having any particular weather events to attract so many users at the same time on the same page.

I keep seeing anomalies with high traffic right now. I don’t know if it’s a fix or an update.

Something major happened because my main website dropped like a rock (25-30% in keywords and traffic) over the night. And my competitors as well. Semrush shows very depressing data and the traffic does confirm it. Looking forward to see what Google cooked this time.

Yesterday ended at 91.7% however just seemed slow all day. and again today it seems sluggish but “is it that time of year” ?!?!

One thing is for certain though, the pub / hotel site today is quiet BUT the restaurant had a great lunch service and the the “new UK norm” bars are very busy at the moment … It’s cold outside so they’re all warrming-up inside 🙂

Some are also suggesting that the tracking tools, like Semrush and others need to readjust for the new high levels of volatility.

So most of the tools seem pretty hot…

Are you noticing ranking changes?

Update: Glenn Gabe agrees that it might be a continuation from whatever rolled out earlier, he shared these charts:

And here are some that dropped earlier in the month that are dropping more over the past few days. Google hasn’t confirmed an update, but there is clearly something big going on. Again, I’ve also had site owners reaching out about big drops or surges… Stay tuned. pic.twitter.com/4gTvYxMP7g 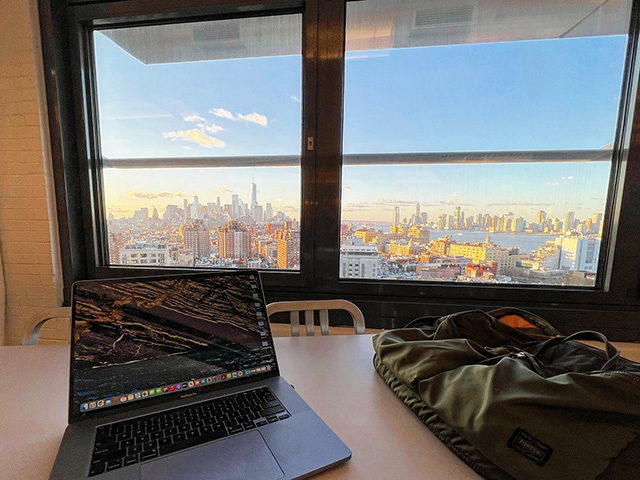 Here is a recent photo from the New York City Google office and the view this conference room has. It was the first time this Googler has been back at the office in almost two years and it was a nice day for it.

Google wrote that on January 21, 2022 at 4:07 AM UTC “We’re aware of a problem with Google Ads affecting a significant subset of users. We will provide an update by Jan 21, 2022, 8:00 AM UTC detailing when we expect to resolve the problem. Please note that this resolution time is an estimate and may change. This issue is affecting Discovery and Performance Max campaigns”

Google has issued another update that “We are continuing to investigate this issue” but has no details yet on what the specific issue is.

Any of you seeing the issue?

Update: Here is Google’s statement “our team uncovered a temporary technical issue that affected serving on YouTube inventory between January 18 and January 21 for a subset of Discovery campaigns and a small portion of Performance Max campaigns. We have resolved the issue and everything is now working as intended.”

Google sent Search Engine Land this statement, “Placement reports for Performance Max campaigns are a new reporting resource for advertisers to easily see where on Google’s channels ads have served and associated impressions. We created these reports to give advertisers more transparency and assurance around where their ads are showing.”

See also  An Overview of Google's Algorithm Updates in 2021 [Infographic]

Chris Ridley shared this on Twitter on this topic:

“Unfortunately, the data only shows where ads have served and their impressions — not click data. ” via SEL