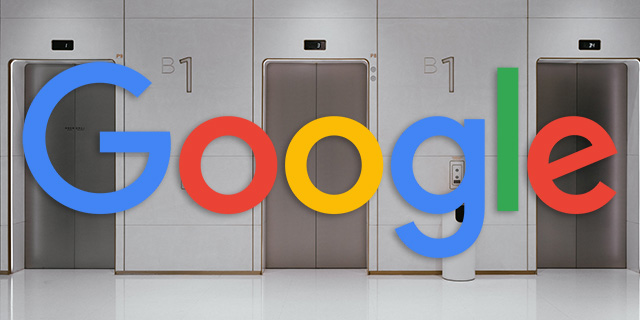 On last Friday’s hangout with Google’s John Mueller, Ankit Dalal, an SEO, asked about a site he is working on and what the issue it has with rankings. In short, the site was not ranking well, so they migrated the site to a new domain and the rankings climbed for a three-day period, then after that, the rankings went back down to where the original domain was ranking.

John Mueller of Google asked a few technical SEO diagnostic question and then suggested that it might be a quality issue with the site. That the old domain had that quality issue, and then when you migrated to a new domain, it took Google a few days to understand the site moved. Once Google figured out the site moved, Google applied the same quality signals to that new domain – resulting in the rankings going down again.

We know that Google algorithms, penalties, etc can follow you, this is not new. We covered this topic many times but here in 2022, it still happens.

Glenn Gabe summed it up nicely in these two tweets:

More: So as the migration unfolded, Google’s algorithms didn’t understand the quality issues for a few days & the homepage ranked higher again. Then once G understood the quality issues, the same drop happened. That’s NOT a solution for improving quality: https://t.co/kJ6jAuP77e pic.twitter.com/FmfOh8HeCj

Here is the transcript:

ANKIT DALAL: Thank you for your time. Yeah, I have a question. It’s kind of lengthy one. So there is a problem going on with me. I have a new website. So what the issue is going, I have been running this website for three years. So everything was perfect and good. So this month, I also asked you this question on last hangout, but that problem also becomes bigger now. It has grown. So on 1st March, my website home page, it was gone from the search results, completely gone from there. OK, it’s a kind of Google thing. So [INAUDIBLE] everything. I kind of do everything. I tried many things. But the home page was not in the search results. But the interesting thing, in the Google Search Console, for every keyword, Search Console is saying I’m still ranking on first position for every keyword that was ranking before 1st March. But the significant amount of impressions and clicks had gone. About 90% had gone. But the rankings and the CTR is the same. For about one week, I tried everything, but nothing works out for me. I have also gone through Central [INAUDIBLE] forms and everything, but nothing. So I take a bold step. I migrate the website to a whole new domain. So in a couple of hours, everything gets indexed. About 200 pages get indexed in a couple of hours. And the new website, in three hours, was ranking on the first position for those keywords. Everything was good. [INAUDIBLE] but everything else take care of. After three days, the same problem happens with the new website also. Only the home page gone for the search results. But the Search Console is still saying that I am ranking on the first position [INAUDIBLE],, but I can’t find my website in the search. I tried many different devices, IPs, but I can’t find my website on those keywords, especially my own. But Google Search Console is saying I am still ranking on the first position still. But every day, I’m checking. It’s still ranking on the first [INAUDIBLE].. I don’t know. I’m out of options now. I don’t know what I should do.

JOHN MUELLER: What I would do first of all is try to figure out if it’s a technical issue or not. And one way you could try to find out more there is to use the URL inspection tool.

ANKIT DALAL: Yeah, I did the URL inspection tool with the old website also. There is no error in the Search Console. I tried different crawlers, also scanning for everything. Everything is good. And there is no error in everything. Now I also switch to AMP for– and the Core Web Vitals are 100%, for the old website also and for the new one also. There is no error in the technical point of view, nothing like– it’s the home page. I kind of not say it’s a quality issue because– it can happen because it’s a Google thing. But I don’t think it’s a quality thing because Search Console is still saying I’m ranking on the first page but I can’t find my website. And the traffic has also gone like 90% off. I’m still getting the traffic from those keywords, but I can’t find my website. I try different IPs, country, search engine, devices, but I can’t find my website anywhere.

JOHN MUELLER: Yeah. I mean, the check with the URL inspection tool is mostly to determine, is the page indexed or not? And–

JOHN MUELLER: From what you’re explaining, it’s indexed but it’s not ranking, at least when you search. And the thing with, I think, the performance report in Search Console, especially the position number there, that is based on what people actually saw. And it can be the case that a small number of people saw your website, but when they did see it, it was ranking really well. And in those cases, we would say, well, that ranking is what we saw. It doesn’t mean that it will always be ranking that high when people search. It might be that, for a short period of time, it’s ranking at number one, and then, for a longer period of time, its ranking at position 200, for example. And if nobody goes to number 200, then the only thing we see is that number-one ranking. And that’s what we would show in Search Console, then, because we just essentially report on what people actually saw.

And the history that you said there with regards to, I moved to a new domain, for a brief time it was very good, and then it disappeared again, to me, that hints very much at a bigger quality issue, where, when Google systems was able to understand your website again, it was like, well, we’re not convinced. And kind of that period in between, when Google says, well, we don’t know much about this website yet, we will try to treat it as something reasonable, that’s kind of that time when Google wasn’t even able to understand your website that well.

So to me, without knowing your website, that sounds a lot like a quality issue and sounds like something where it might help to have multiple people who are not associated with the website to also give you some tips and kind of say, here’s what you should be doing differently or what you could be doing differently. And I think, as a site owner, when you’re running the website, you’re making the website, it’s sometimes really hard to take this kind of feedback. But I think it’s important, especially if you care about the bigger picture in the search traffic side of things.

See also  Universal Analytics Goals Can Now Be Imported Into Google Analytics 4
Related Topics:BoostdomainsDroppedGoogleIssuesqualityRankingSiteSwitchedTemporary
Up Next

Here is a GIF I made from a video shared from Khushal Bherwani on Twitter of this in action:

Because here is the normal version of shopping ad for same query without any seperator and filters by brand name. pic.twitter.com/LjD57zRMe4

I just had a random Google search, and noticed these ads in Google SERP with Brand filter.
NB: DuckDuckGo is a search engine, not a rain coat brand. (As I mentioned just had a random search)@rustybrick pic.twitter.com/BMUEl6nn26

It is subtle, I am not sure that I dislike it or not.