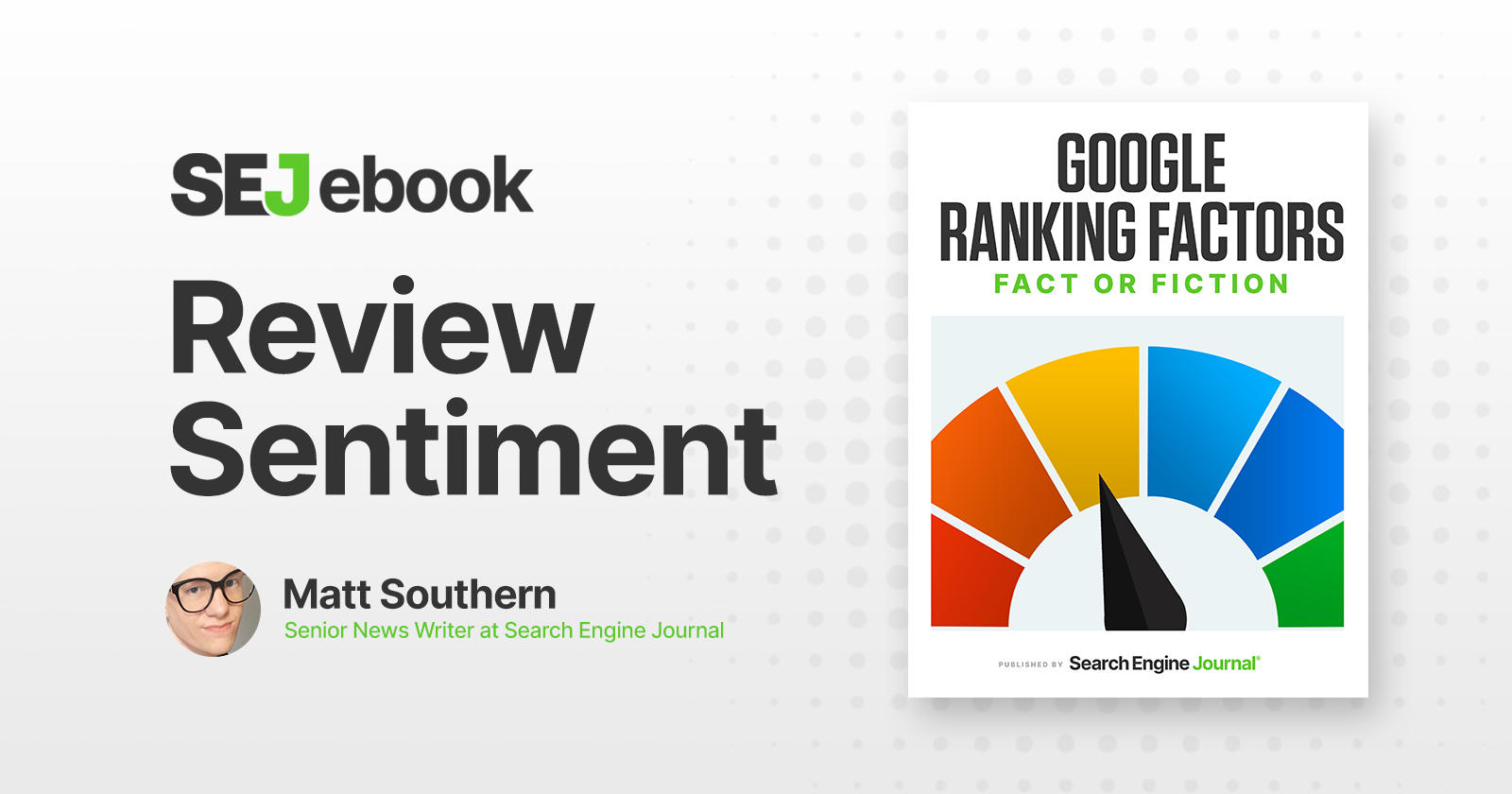 Review sentiment reflects the prevailing opinion shared by customers in reviews of a business’s products or services.

Whether the sentiment is positive or negative is thought by some to have an impact on a business’s search rankings.

There’s legitimate concern over those claims, as it would leave businesses vulnerable to negative SEO attacks if rankings could be lowered with bad reviews.

But does it have any influence on Google’s search rankings?

Let’s look at the claims and evidence surrounding review sentiment as a ranking factor.

The Claim: Review Sentiment Is A Ranking Factor

There are a number of reasons for these claims.

One of the most frequently cited pieces of “evidence” is the correlation between high ranking websites and businesses that have positive reviews.

Sentiment analysis happens to be a feature included in SEO software, which may lead to the conclusion that review sentiment has an impact on search rankings.

Search Engine Journal’s Roger Montti published an article with more detail on where the claims around sentiment originate from and why they persist.

Google lends credence to the claim that review sentiment is a ranking factor in its Search Quality Rater guidelines.

Section 2.6 of the guidelines tells Google’s Quality Raters what to look for when assessing the reputation of a website or content creator.

There are a number of notes about checking review sites to understand more about a business’s reputation.

“Customer reviews can be helpful for assessing the reputation of a store or business. However, you should interpret these reviews with care, particularly if there are only a few. Be skeptical of both positive and negative user reviews. Anyone can write them, including the creator of the website or someone the store or business hires for this purpose.”

Some have drawn conclusions regarding review sentiment as a ranking factor based on the above.

However, Search Quality Raters have no direct impact on search rankings, and the guidelines they follow aren’t based on what Google’s algorithm uses as ranking factors.

One of the ways webpage quality is measured is by examining the reputation of the website where it’s published.

Headlines related to this chapter of the Quality Rater guidelines circulated in 2017 after Google’s Gary Illyes spoke at a conference on the topic of reputation analysis.

Some in attendance misconstrued his statements and incorrectly reported Illyes said reputation can impact a website’s position in search results.

However, Illyes was only discussing how the Quality Rater guidelines work.

While customer reviews are a component of reputation research, the guidelines do suggest approaching them with a degree of skepticism.

Thankfully, Google has provided clarity on this subject and stated definitively whether review sentiment is a ranking factor.

The Evidence For Review Sentiment As A Ranking Factor

Studies may try to prove review sentiment is a ranking factor by showing a correlation between customer reviews and a website’s position in search results.

We’re only going to look at the confirmed evidence, and Google has stated repeatedly that review sentiment is not a ranking factor.

Google’s Gary Illyes swiftly denied the claims that began circulating online after his conference talk, which we referenced in the previous section.

Not only does Google not use sentiment as a ranking factor, its algorithms don’t even recognize sentiment.

Google’s Danny Sullivan confirmed this in 2018.

Google can’t use sentiment for rankings if it has no concept of what the sentiment is.

That should be enough to end the speculation around review sentiment as a ranking factor, but theories continue to linger.

In 2021, Sullivan was asked whether anything had changed since he last said Google recognize sentiment.

He confirms nothing has changed.

Sentiment is still not recognized by Google’s algorithm.

Review Sentiment As A Ranking Factor: Our Verdict

This has always been the case, ever since Google’s inability to recognize sentiment was infamously exploited.

Back around 2010, a company was angering customers to the point that they would write bad reviews.

This was done deliberately because the links received from the reviews pushed the company’s website higher in search results.

Since then Google has gotten better at not rewarding websites that rip off customers, but Google’s indifference toward sentiment remains.

Review sentiment can directly impact other areas of online marketing, but search rankings are not one of them.

How To Build Links That You Didn’t Ask For 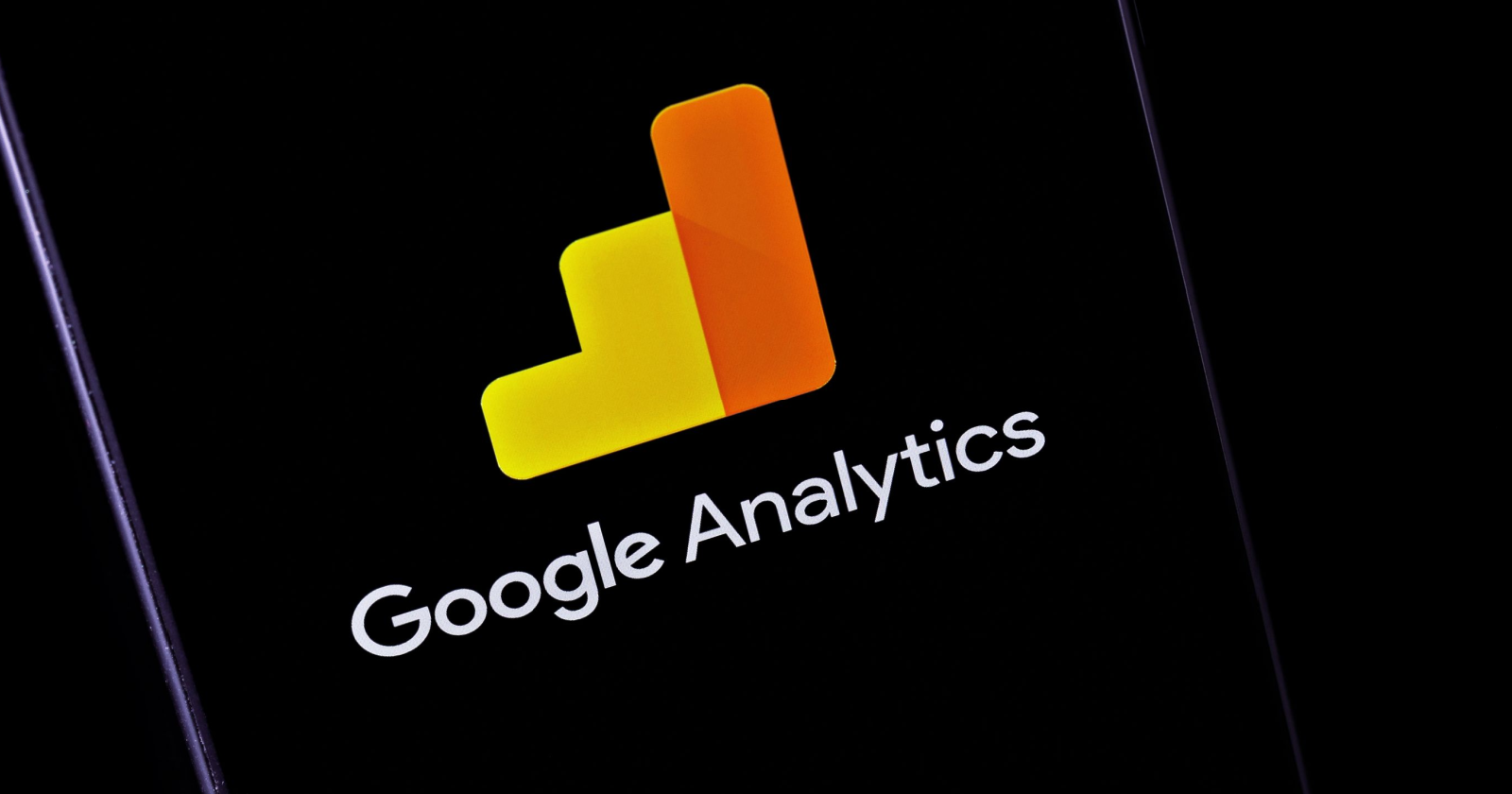 Google advises publishers it will no longer report on store visits data in Google Analytics. Data will stop generating at the end of October, though historical data will remain available.

This announcement was quietly rolled out via an update to a Google Analytics help page.

The update was spotted by Charles Farina of Adswerve, who shared his discovery on LinkedIn:

Store visits in Google Analytics is an estimate of the number of people who visited a physical location after visiting its website.

Google tracks store visit data by following the activity of people with location history enabled on their phones.

Reports on store visits are only available to businesses with their Google Analytics property linked to a Google Ads account.

That means businesses aren’t losing the data, as Google Ads will continue reporting on store visits after it’s discontinued in Google Analytics.

If you use Google Analytics to monitor store visit data, you’ll have to switch to Google Ads by the end of the month.

Other than consulting a different report to track the data, there should be no disruptions due to this change.