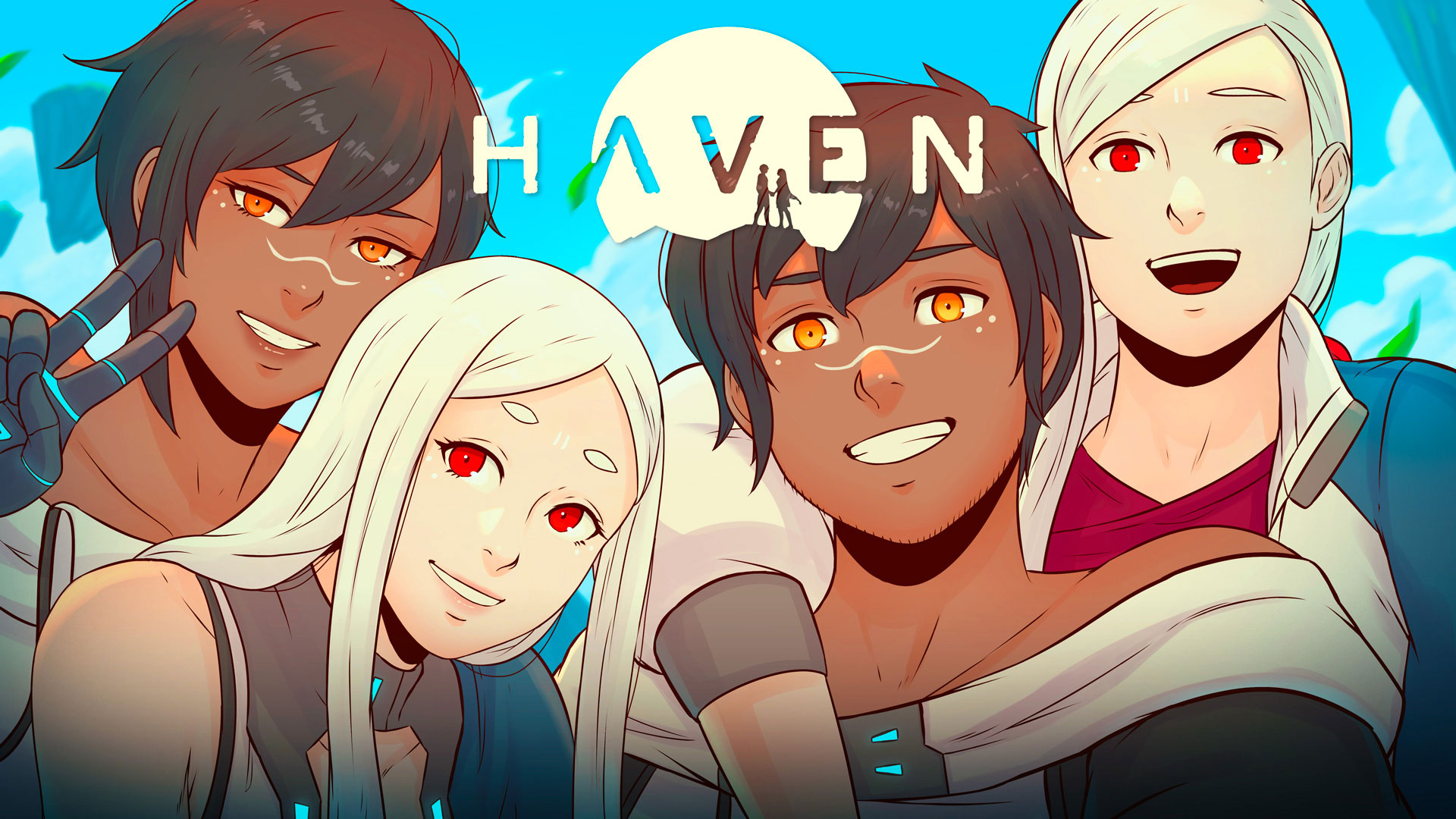 They love each other, but they can’t be together, so they do what anybody would probably have done in this situation: escape to an unknown planet.

This is the story of Haven, a romantic space adventure about two lovers trying to stay together against all odds. Who are these two lovers, you ask? Well, with this Couple Update, the question just got more interesting.

Still confused? Ok let’s clarify a bit: while Haven originally let you play as a heterosexual couple, you will now be able to play as a same-gender couple.

It could feel like a small change, but Haven being a game about the freedom to love whomever you want, we’re really happy to provide more ways for players to identify with our precious couple.

Whoever you chose to play, the main story won’t change, nor will the personality of the characters. What will change is their design, models, art, animations, quite a few lines, and of course, their voices, since the 80,000 lines of dialog have been entirely re-voiced by our amazing voice actors, Lexie Ann Kendrick (Kay) and Ryan Highley (Yu).

When we first started to work on this update, soon after the release, I was curious, as a writer, about how the original dialogues would translate for these two new couples. Will some of them sound odd? Unnatural? After all, I wrote Kay as a man, and Yu as a woman, didn’t I?

I was pleasantly surprised to realize that, pronouns and minor details aside, almost nothing had to be edited. Overall, the alchemy between the characters remained unaffected.

As if characters weren’t determined by their gender. As if men and women could have the same interests, the same thoughts, the same feelings.

We hope you’re as excited as we were to discover or rediscover your favorite couple. Oink, for once, can’t wait to meet his two new moms. Or dads.

Haven Couple Update is available for free on Xbox One and Xbox Series X|S starting today.

Two lovers gave up everything and escaped to a lost planet to be together.
Glide through a mysterious landscape, explore a fragmented world and fight against what’s trying to tear them apart in this RPG adventure about love, rebellion, and freedom.

Does love really conquer all?

Yu and Kay have escaped to a forgotten planet, leaving everything they knew behind.

Play two lovers at the same time as they settle into an unknown world. Explore the planet looking for parts and material to fix your ship and make it a cosy home. Enjoy moments of everyday life as a relatable couple while cooking meals, crafting and collecting precious resources to make it to the next day.

Fight against those trying to tear you apart by synchronizing actions in combat, finding the perfect timing and rhythm, while controlling both characters and battling to keep them and their relationship alive.

In this unexpected RPG adventure, explore the beautifully eerie and unstable planet while enjoying the thrilling soundtrack of renowned musician, DANGER. 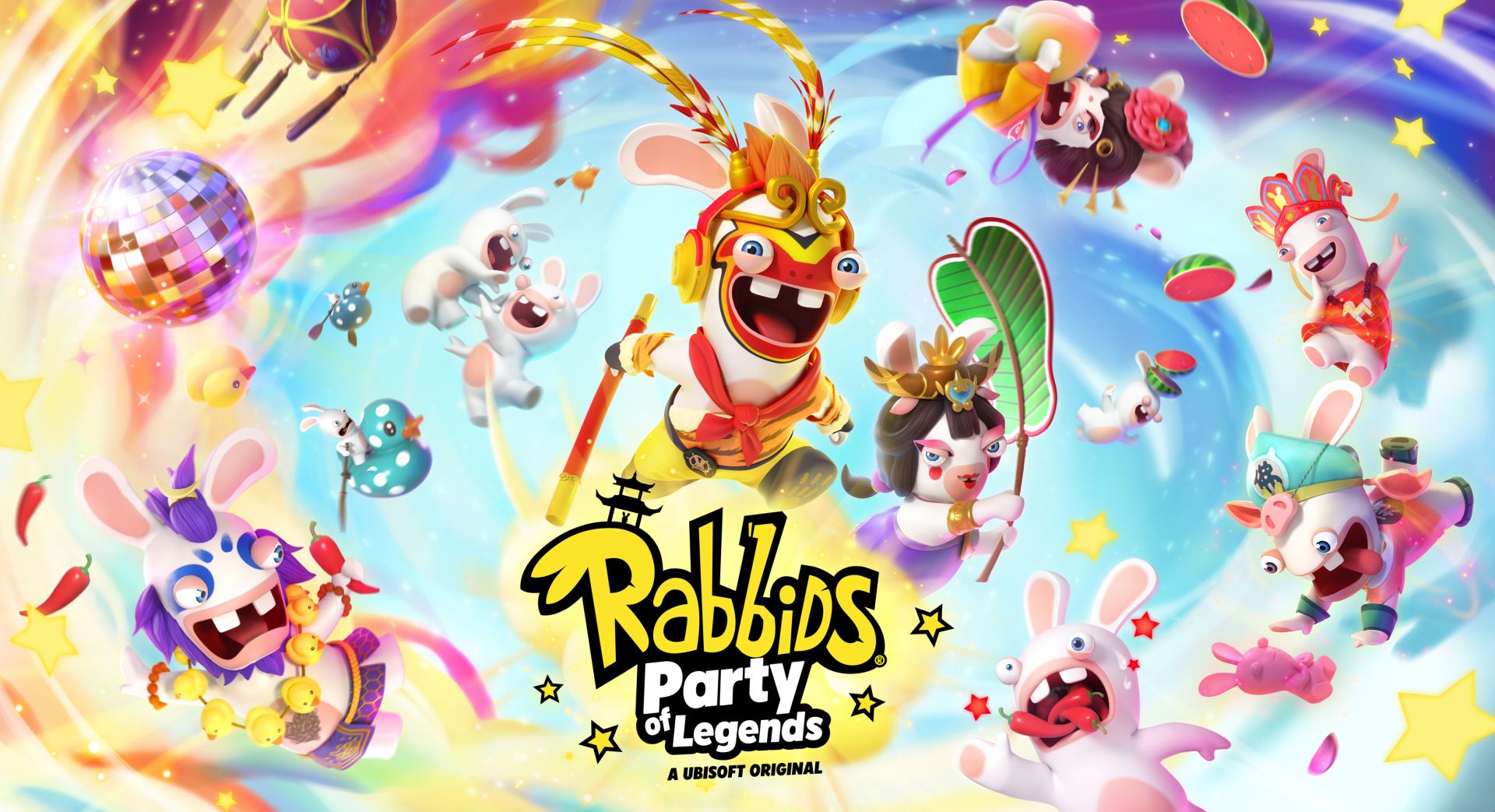 Rabbids: Party of Legends is out now on Xbox One (and Xbox Series X|S through backward compatibility), delivering a brand-new multiplayer Rabbid party-game adventure packed with wacky games and chaotic fun. After a trip in their washing machine goes awry, the Rabbids find themselves in a mythological world inspired by the classic Chinese novel, “Journey to the West,” and they need your help to retrace their steps and find their way home again.

Developed by Ubisoft Chengdu, Rabbids: Party of Legends lets up to four players join locally for a 2v2 game, or face off in a free-for-all. Play Party Mode and compete across 50 zany minigames by striking silly poses, toppling opponents, scarfing chili peppers, showing off dance moves, and more. You can also create custom minigame playlists for a perfect party night.

In Adventure Mode, Rabbid versions of the Monkey King and his cohorts journey through four chapters on an epic quest to send the Rabbids home again. Playing through this story will unlock new playable characters, minigames, and collectable items.

With customizable difficulty levels and intuitive controls, Rabbids: Party of Legends can fuel a fun night for the whole family. So get ready to dive into a colorful world of chaos, and experience the legend of the Monkey King as only the Rabbids can tell it.

Embark on a legendary journey with the Rabbids in this hilarious party game! Join them on an incredible quest, filled with hilarious moments! Gather with friends and family and enjoy a multitude of ridiculously fun mini-games in the most epic Rabbids party yet.

– Jump into multiplayer mayhem with up to four players locally.
– Team up and face off across 50 fun mini-games.
– Build a custom playlist of your favorite mini-games.
– Anyone can get in on the action with customizable difficulty levels and intuitive controls.
– Discover a legendary story filled with colorful characters, played across four chapters.