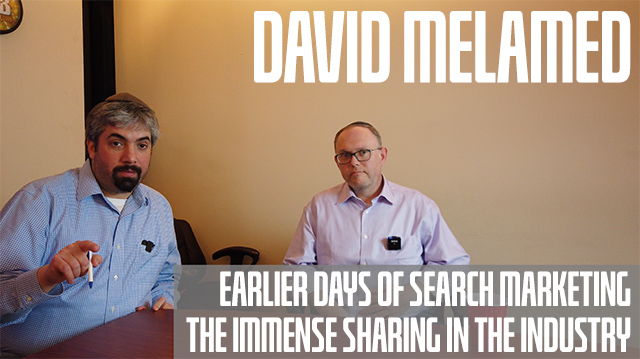 David Melamed, who I’ve known for about 15 years or so, has been in the space for about that long or even longer. David Melamed is now a search marketing consultant for many companies. You can learn more about him on his website at davidmelamed.com. David and I worked on some projects together early on and we were discussing some new projects, since he was in town and I convinced him to do a vlog with me. The batteries on one of the cameras died, so we ended talking at some point, otherwise we probably would have gone on for hours and hours.

We spoke about how David entered the search marketing space, first leveraging Metacrawler, one of the early search engines from 1995. We spoke about some of the early SEO conferences, SES and where we met. I checked my emails after we spoke and I think we first emailed back in 2008 or so but we probably met in 2007 at the conference.

David said search was his first love and his dream was to do marketing, specifically Super Bowl commercials. He grew up without a TV (sounds horrible to me) but he says that kind of fueled his desire to do marketing. Between that and his dad being a programmer, he really dived right into search marketing.

He sees every marketing problem through the lens of search, the intent level is a layer on the world he said.

We then spoke about some of his work history in search marketing space. This includes how he interviewed for his first SEO job and he was rejected. But he begged them to reinterview him, he learned SEO in a couple weeks through Aaron Wall’s SEO Book, so he credits Aaron Wall for his success in this space. David explained that it is hard to know who to trust in search marketing and he said he often feels like he personally does not know enough himself.

We spoke also about how the SEM industry is one of the most sharing industry, he believes because we all wanted links, so we shared as much as possible just to get links. He said he loved the old Stuntdubl blog from Todd Malicoat – but it is not updated as much.

And this continues to be important, write great stuff that people want to link to and Google will rank it well.

You can learn more about David Melamed on his website at davidmelamed.com. 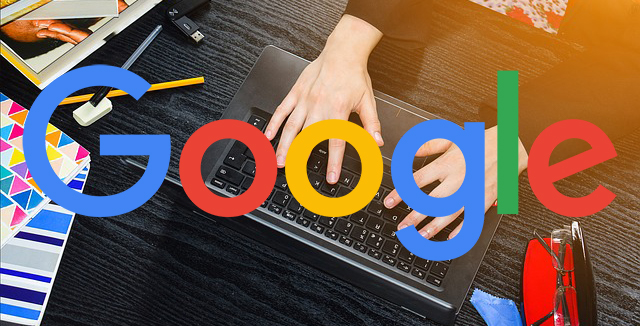 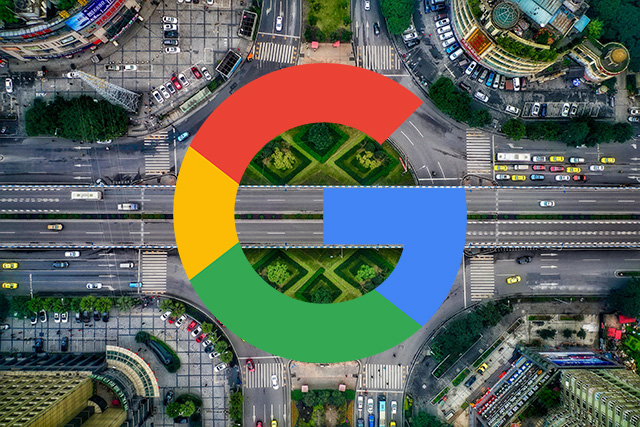 John Mueller from Google said that bulk-generating fake URLs of your competitor’s site should not lead to negative SEO and ranking issues for that site. “This is not something I’d worry about,” he added.

Mike Blazer asked John, “Bulk generate non-existing URLs on a competitor’s site that lead to 5XX server errors when opened. Googlebot sees that a substantial number of pages on that domain return 5XX, the server is unable to handle requests. Google reduces the page #crawl frequency for that domain.”

John replied on Mastodon saying, “I can’t imagine that having any effect. This is not something I’d worry about.”

Here is a screenshot of this conversation: 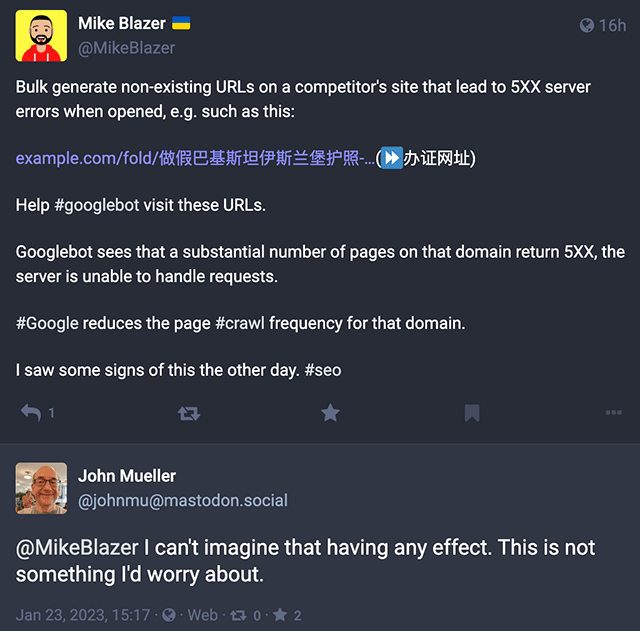 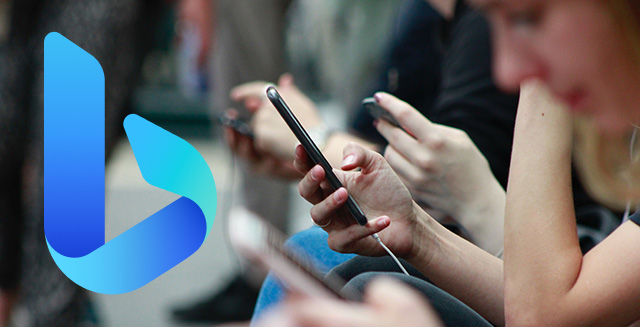 Microsoft Bing is testing infinite scroll just a month after Google fully launched continuous scroll on desktop search. I guess this should come as no surprise that Bing would test this, it does not seem to be live yet, so this is just a test.

Frank Sandtmann posted this on Mastodon and shared the attached screenshot showing how as he scrolled, Bing loaded page two of its search results. Here is that image: 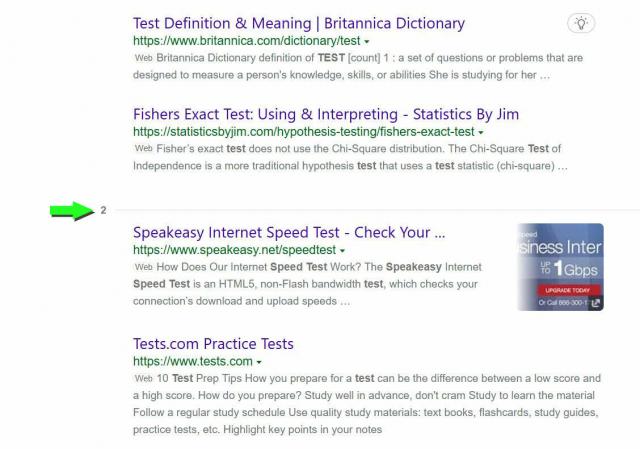 Frank wrote, “Bing is once again following Google in SERP appearance, this time with endless scroll on desktop. They somewhat improved the search experience by displaying the respective page count.”

I do wonder if Bing will ultimately follow suit and launch infinite scroll (or continuous scroll) on its search results.