Google’s John Mueller posted a response on Reddit with his advice on how to improve your site’s DA, domain authority. He said he was “torn” with his response since DA is not a Google metric, is not used my Google and has no impact on your rankings. But he offered his advice, nevertheless.

Here is why John was torn about offering this advice:

I’m kinda torn. On the one hand, you do not need DA for Google Search. Google doesn’t use it *at all*. If you’d like to level your site up in search, you’d need to focus on something else, or at least use other metrics for it. This is mostly why DA as a metric is frowned upon by many SEOs. For context, I don’t think I’ve ever looked up the DA for a site in the 14 years I’ve been doing this.

On the other hand, if you need DA for something else (sell the site, sell advertising, sell links) I wonder if there’s a way to turn that around into focusing on a more useful metric instead (even something as simple as pageviews could be more useful if you want to sell ads). Or, if it’s really just DA that you want, then I’d look into Moz’s docs & forum, since they make the metric.

But he offered his advice anyway, he said:

Assuming 31 is low (I have no idea of how the DA values are distributed), my recommendation would be to try to build a strong audience first, before you think about things like monetization. Find a topic that you know about or that you can learn about, find a topic that has low competition, where you can stand out easily (pro tip: don’t make a blog about seo or about earning money online, nobody is waiting your version; find a different topic). My goal would be to not create a mass of content, but rather to create a reasonable collection of fantastic content. Work to make your content known to your audience – find them, reach out to them, advertise to them if you need to. In the beginning, act as if search engines don’t exist, and assume you won’t get any traffic from search. Search engines won’t know that your content is great if there are no signals confirming that, so first build your audience. Keep them engaged, keep them coming back, don’t publish just because you can, but rather publish if you have something unique, compelling, and high-quality to add to the internet. If you can keep your audience – the one you’re promoting your work to – returning, if they recommend your site on their own, over time search engines will pick up on it too, and metrics like the DA will grow too (assuming it’s something link-based). The long-term approach is not a quick jump to #1, it takes work, and you have to bring your content to your audience first, they won’t just find you on their own. Short-term hacks might get some metrics to move, but it won’t last, and you’ll be back here, or starting over, soon enough.

This is similar advice you’d probably get from John for just doing well in Google Search in general.

Google has not spoken highly of SEOs or others using DA as a metric for their site in the past. Here are some other times I’ve written about this, but I covered it more times:

It was nice of John to respond to the topic at all. 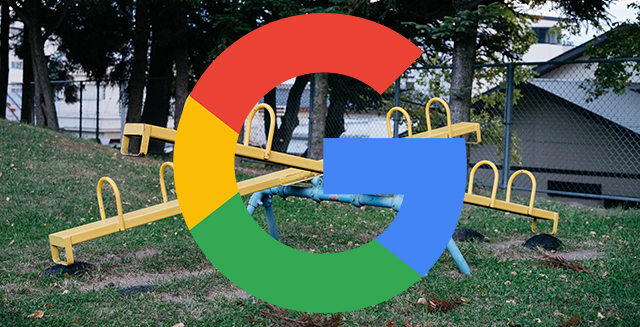 With all these different Google search ranking algorithm updates over the past several weeks, it has been a very busy time for SEOs. While most sites probably don’t see huge swings. Glenn Gabe documented a site that didn’t just see one big ranking change but several!

Glenn Gabe posted on Twitter and wrote “If you want a great example of machine learning models having a hard time figuring out a site, look no further. This site drops & surges around major updates, including several Product Reviews Updates. And just dropped AGAIN with the Sep PRU late tremor. Stay tuned. More to come.”

Here is the example site’s Search Console graph with those insane swings:

Glenn added “I just started digging in, but clearly Google is having a hard time understanding what the site does, if it should be classified as a product reviews site (it probably should…), & if it should rank at all. Like others impacted, the site dropped off a cliff for some queries…”

I just started digging in, but clearly Google is having a hard time understanding what the site does, if it should be classified as a product reviews site (it probably should…), & if it should rank at all. Like others impacted, the site dropped off a cliff for some queries… pic.twitter.com/c9SFmZay8k

It is rare to see such movement from one site in such a period of time but when you do, it makes you go wow.

It is kind of also mindboggling that Google would have algorithms that kind of fight with each other. It reminds me of when sites are on the edge of Google’s quality threshold but in this case, it is different algorithms judging things differently.

Have you seen this before, with such extreme fluctuations?