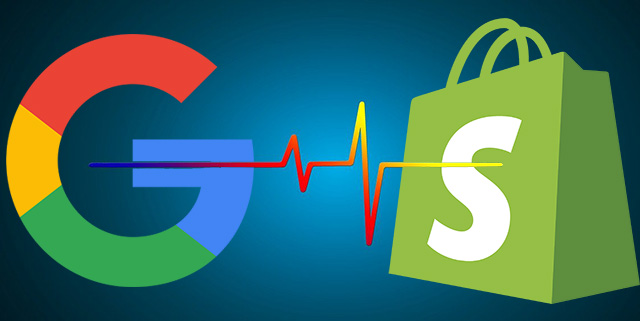 Last week, we saw reports that some Shopify sites were showing massive declines in crawling activity from Google’s Googlebot. John Mueller of Google responded this morning that this was “temporary drop in how we calculate how much we can crawl” adding these sites are in a “good state” and there is nothing to worry about.

John Mueller wrote on Twitter “we looked into the sites that were mentioned and for all of them it was a temporary drop in how we calculate how much we can crawl. This happens from time to time, and catches up after a few days usually.” “As far as the engineers are concerned, these are in a good state, crawling will speed up again, and there’s not something that needs to be done. It’s kinda confusing from the outside though,” he added.

And yes, as of this morning, Shopify site owners and webmasters are reporting normal crawling again.

Tim Dennis flagged me about this last week on Twitter and I’ve been watching it since but there is still no clear answer on what is the issue yet. He did share charts from a few Shopify sites he runs showing the flatlining of Googlebot activity as reported in Google Search Console’s crawl stats report:

Here is a video he recorded showing this:

Yeh, all the Shopify stores I have access to have flatlined. No new pages indexed for a couple of weeks. https://t.co/C1u4ZKKOi0

It is not just Tim who noticed this, others are reporting this as well.

Like I said both Shopify and Google are looking into it. John Mueller from Google said he passed it on to the teams at Google to look at it:

Thanks – I passed these on to folks internally to check out.

And Kevin_Indig from Shopify also said he is looking into it:

Here are the tweets from John Mueller of Google this morning about what the issue was and was not:

As far as the engineers are concerned, these are in a good state, crawling will speed up again, and there’s not something that needs to be done. It’s kinda confusing from the outside though 🙂

Here is the update from an SEO who has some Shopify sites saying Googlebot is back to normal again for some of the sites, not all:

Similar for me! One out of the three sites we saw impacted though has now recovered in the crawl. But the sitemap couldn’t be fetched on the 9th Feb

Update: This may have impacted sites beyond just the Shopify platform:

I don’t know about Shopify in general, i just checked the few samples sent our way.

Google added a new annotation to the Google Search Console performance reports on December 5th, saying that sites that use Subscribe with Google may see an increase in clicks and impressions.

I’ll be honest, I am a bit confused by the annotation was added this week and not in 2018 when the feature was added. Google wrote, “Google created an additional search result feature for sites that use Subscribe with Google. As a result, these websites may see an increase in impressions and clicks in the Search Performance report.”

It makes it sound like Google just created this feature but it was launched in 2018 as a way for publishers to get more subscribers to their publication.

Subscribe with Google is a service provided by Google which lets you buy a subscription (or make a one-time or recurring contribution) on participating websites, manage your subscriptions, and access premium features using your Google Account. Here is the help document on this.

I suspect that Google Search Console is now tracking the Subscribe with Google sites a bit differently and maybe more accurately.