On Friday morning, Twitter removed a George Floyd tribute video which had been posted by Trump’s team. The video was not posted on Trump’s personal account, but had been put together and shared by his campaign in order to underline Trump’s response to the incident, and the subsequent #BlackLivesMatter protests.

The video was posted to Twitter on June 3rd, after first being published to the Trump campaign’s YouTube channel (where it’s still active).

Twitter says that the video was subject to a copyright claim, which lead to its removal – though as noted, it remains active on YouTube.

It’s the latest in Twitter’s apparent escalation of enforcement efforts against the Trump administration – though Twitter has reiterated that there has been no change in policy or approach, it’s simply enforcing its guidelines around election integrity, glorifying violence, and now, copyright.

Twitter has long been criticized for failing to address comments made by Trump via his tweets, even when they were in clear violation of platform rules. Twitter’s stance had been that because Trump is a public figure, the normal rules didn’t apply – but in recent weeks, Twitter has started to take action, with a series of removals and warning prompts added to comments from Trump and his team (full timeline of events below).

That’s prompted other platforms to also re-assess Trump’s comments and usage on their platforms, with Snapchat removing Trump’s account from its Discover recommendations earlier this week.

The increased pushback from social platforms has prompted Trump to seek legal recourse, calling for a review of Section 230 laws which protect social platforms from liability for what users post. The review will be carried out over the coming months, and if changes are made, that could have significant impacts for all online platforms – but at present, the general legal consensus is that there’s limited grounds for change.

There’s also a level of reputational risk for Twitter – by taking action against President Trump, it could see Trump’s supporters moving away from the platform and seeking alternate options.

Though that hasn’t happened as yet – according to Apptopia, Twitter saw a record number of new installs this week as people seek real-time updates on the #BlackLivesMatter protests, and likely the President’s response to such. 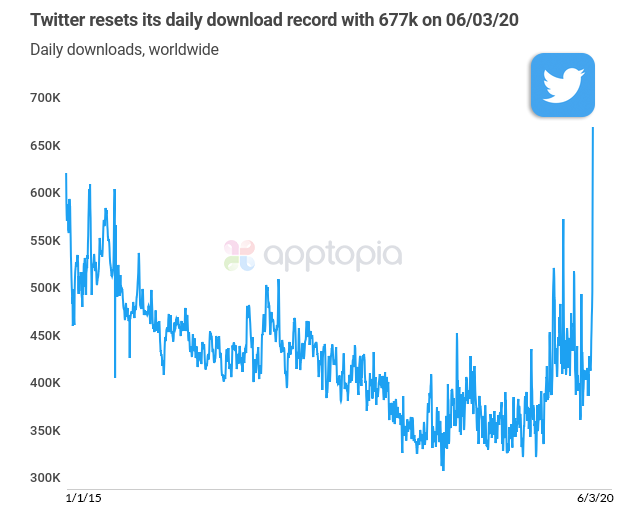 If anything, Twitter’s actions have helped it generate more attention, and prompted more users to tweet. That trend, you’d assume, won’t hold once the initial protest action has settled, and ideally, concrete steps for progress are established as a result. But still, the data would suggest that Twitter is, if anything, becoming a more important channel for such, despite its actions against Trump’s comments.

That could actually serve as an interesting case study for other platforms to consider the same – Facebook, for example, has said that it has left Trump’s comments up on its platforms because the public have a right to know what elected officials have to say, but you would assume, at some level, that engagement also factors into that, with people responding, commenting and sharing the same, sparking further engagement.

The data here suggests that engagement rates may not be impacted as significantly as you might assume, which could lessen that as a factor in such assessments – though, again, it’s not the key factor in play.

Either way, it’s interesting to see how the stand-off between Trump and Twitter is playing out, especially within the broader context of the upcoming US election, where social media is expected to play a significant role.

Here’s a full timeline of the key events thus far: 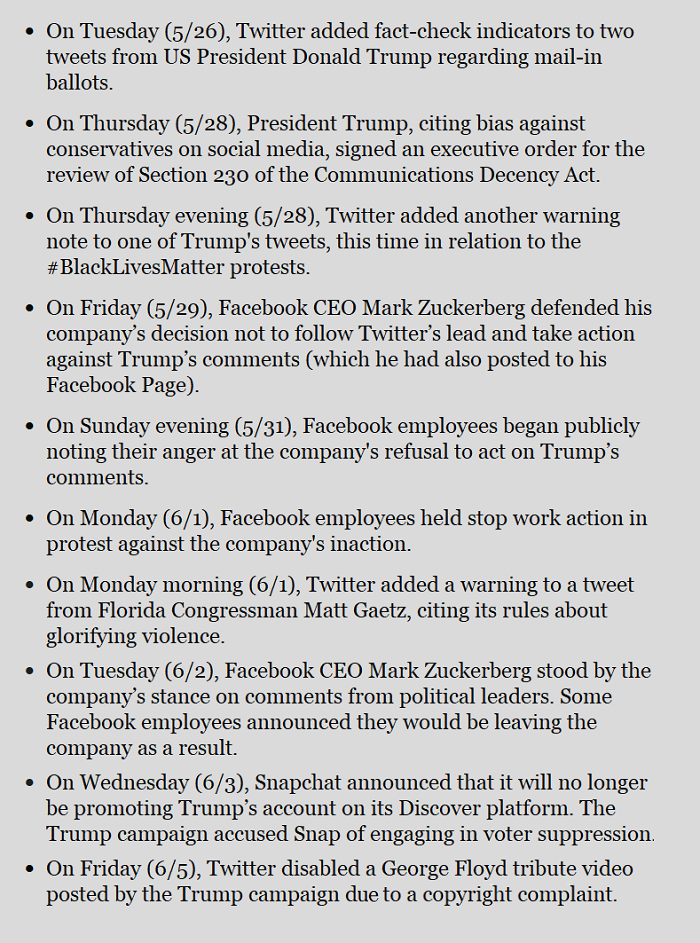