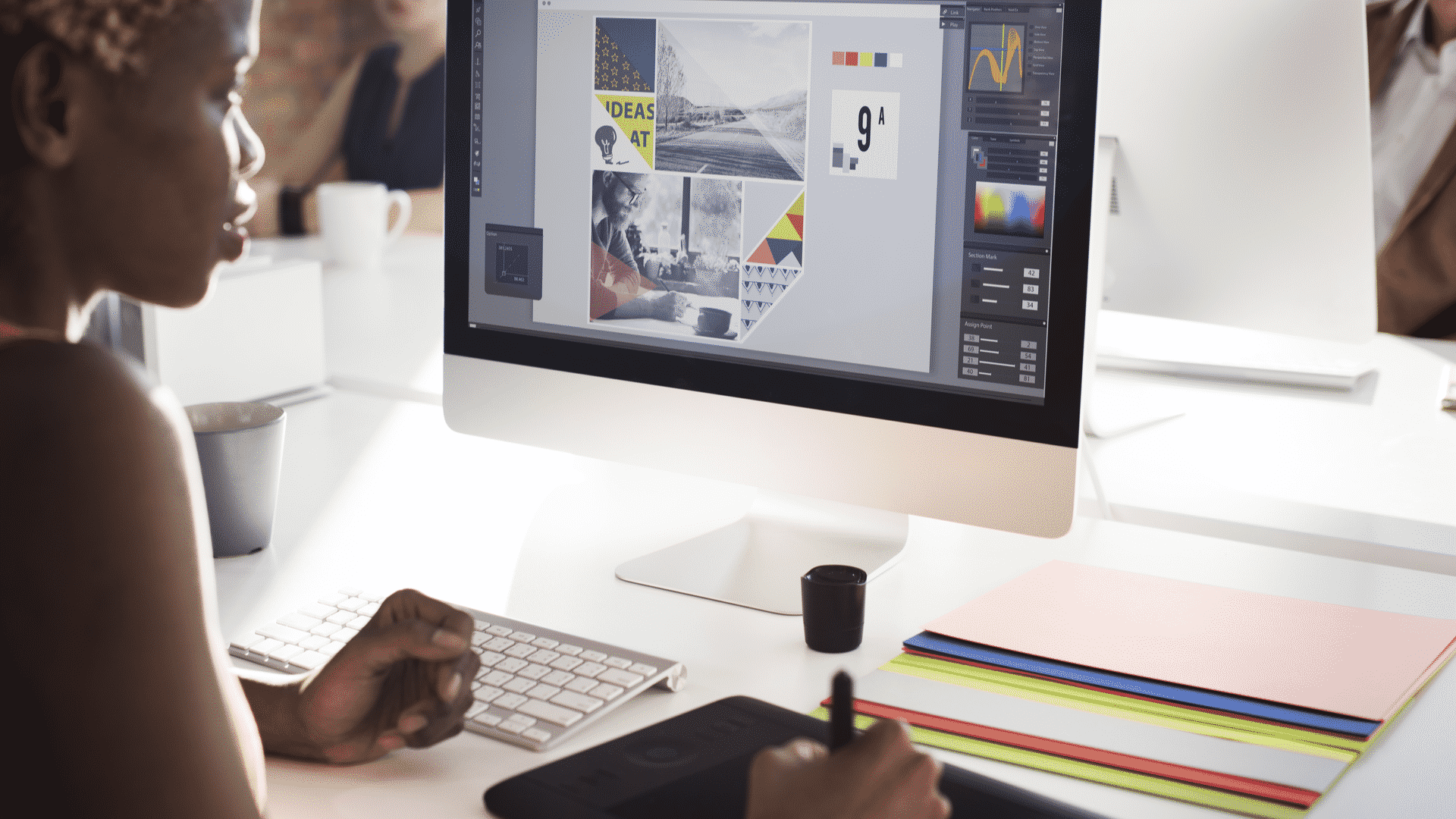 We see them in big data, machine learning and artificial intelligence algorithms, A/B testing. Digital marketing runs on numbers. So where do the words and pictures come in?

“Creatives” begin their work where the numbers end. They take those analytical insights and turn them into words, pictures and messages that entice the customer to make the next click on that web site, text or email message.

Marketers must manage their creative teams to best effect. That means getting the most out of creative people, making sure they mesh well with their analytical counterparts. For numbers alone will not get the customer to click — it takes a message to turn a prospect into a customer.

Once upon a time, marketing and advertising was guided mostly by creatives. It was an analog game, best illustrated by “Mad Men,” set in the 1960s, or the pre-internet 1990s, John Ball, partner, and creative director at creative agency MiresBall, told us.

Then the internet happened. It took another 10 to 15 years for the digital realm to fully materialize, Ball said. The internet did change inputs, targeting and deliverables, but it did not replace creatives, he added.

And that leads to an underlying truth — the data side of the business does not replace creatives but can complement them.

“We entered an era where we believe we can measure everything,” said Russ Somers, CMO at Lytho, software provider for creative and other workflows. With data privacy, GDPR and the “cookiepocalypse”, “you are relying on your creatives.” Now you are back to message appeal and how it breaks through the noise. “There is a little more thinking about the persona you are trying to influence,” he said. “Performance-based marketers focus so much on the click that they forget about the reaction that drives the click.”

“You can target people in New Mexico who listen to the Lumineers and eat avocado toast,” observed Brian Easter, co-founder of Nebo Agency. A marketer can know their target audience, but how do you reach them and empower them? If you can, you will sell more stuff, he said.

“We’re surrounded by data. We should use it as a tool,” Ball said. Find the story in the numbers, use the numbers to show proof and rely on data feedback to optimize.

Marketing is math plus magic. Or it seems like magic. “Creatives I know are incessantly curious.”  Somers said. To help the creative accommodate data, you would use data visualization “to bring data into the creative’s world.” Creatives need to be “fearlessly curious” about data, and unafraid. “It is easy for a numbers person to intimidate the creative person.”

Creatives need not be fluent in digital, “but they have an openness to learning,” Easter said. “They are open to learning and getting feedback.”

Here digital can be an asset, as it can try and test minute variations on an ad to see what works best, Easter said. Creatives can focus more on strategy and approach. “Work hard and make sure you are disciplined. You need to control the number of variables and be. mindful of the variables in play.”

If the digital side says that a platform produced this fixed outcome, go back and rerun the test, Easter said. The analyst may eventually see that the conclusion may not be so “black and white”.  If the analyst says, “the data can’t be wrong,” think again, Easter said. “Machines lack context and wisdom.”

One thing Bell, Somers and Easter all agreed on is that creatives are unique, curious and driven. Even if they were not working at an agency, a creative person would probably be doing creative stuff anyway, remarked Easter. “They need to create.”

A creative wears his or her heart on their sleeve, Somers said. The creative self has to be vulnerable. Hence the phrase “I am putting myself out there.” They also must be resilient and thick-skinned, he continued. Some good ideas get rejected, so the creative must view an idea as a first-round suggestion, not a first-round solution.

In managing creatives, Somers stressed the need for two things: psychological safety and honesty. Psychological safety allows individuals to take risks, rather than working in an environment where failure is rewarded by firing. Honesty is necessary for good feedback, as you don’t want an environment where people will not speak to avoid hurt feelings. Good feedback should be “brutal honesty kindly delivered,” he said.

Some creatives can be “fraught with ego and have proprietary feelings about ‘my creation,’” Ball said. Proprietary feelings are a red flag and can be a hindrance in a field where not every good idea is accepted. “The best people don’t have that problem and welcome collaboration,” he said.

Understand creatives. “Listen for what they don’t say,” Somers said. People who need help may not raise their hands, so a manager must “have a radar for that.” When projects get too big for the person or team to handle, scope down the project and/or get additional resources, he said. The goal is to prevent burnout.

What marketers can do

“Make sure people are part of a team,” Ball said. “There is a higher purpose to what we do.” No one is there just to do work, he said. Also, look for connectors who listen and anticipate ideas well. “The digital side of it doesn’t change things too much. It just adds another layer,” Bell said.

There really is no checklist, Easter said. Just manage people as if their work mattered, give them autonomy, and care about their careers. Then “great things will happen.”

In the end, it takes two-way traffic between the data side and the creative side to make projects work, Somers observed. Take something as simple as color choice. Ask the creative why he chose purple. Get feedback from the data side for perspective. Have the data side do an A/B test — and bring the creative in to sit at the table. If you treat a creative shop as an output machine, you degrade it, Somers said. Data and creative can work together if it is a two-way relationship.

William Terdoslavich is a freelance writer with a long background covering information technology. Prior to writing for Martech, he also covered digital marketing for DMN. A seasoned generalist, William covered employment in the IT industry for Insights.Dice.com, big data for Information Week, and software-as-a-service for SaaSintheEnterprise.com. He also worked as a features editor for Mobile Computing and Communication, as well as feature section editor for CRN, where he had to deal with 20 to 30 different tech topics over the course of an editorial year. Ironically, it is the human factor that draws William into writing about technology. No matter how much people try to organize and control information, it never quite works out the way they want to.

Are They Right For Your Business? 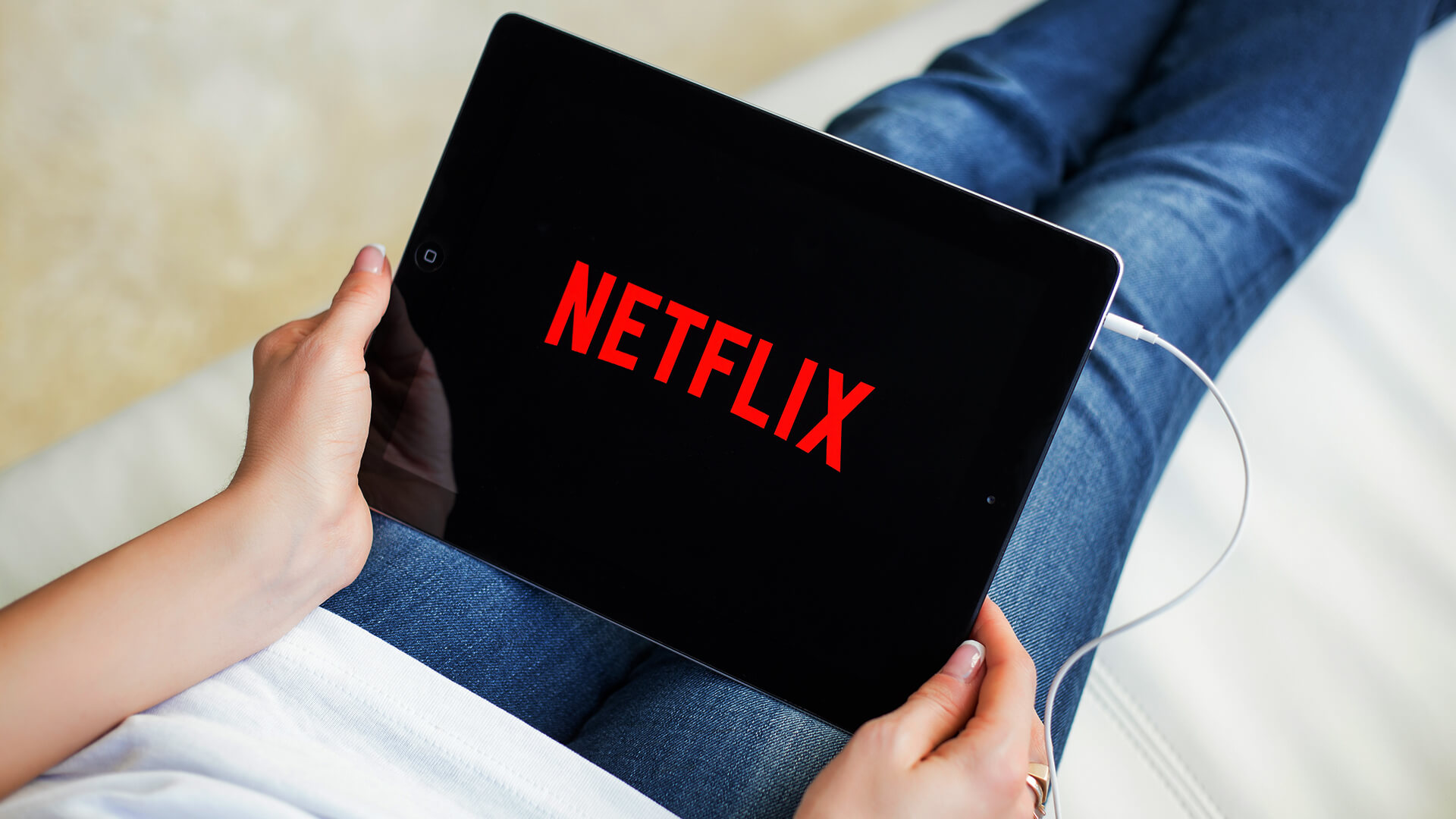 Ads are coming to Netflix, and Google and NBCUniversal are fighting for the lucrative right to provide them.

Why it’s happening. Until recently Netflix’s position as the dominant streaming service allowed it grow revenue without advertising. A subscription price increase earlier this year led to a loss of about 200,000 subscribers. The first loss in more than a decade. Despite this, Netflix says its user base continues to grow. One explanation: Password sharing. That would explain why there are fewer subscribers but more viewers

The company is now also facing serious challenges from other streaming providers. So, even though its revenue continues to grow, it is looking to bolster them with a lower-priced, ad-supported subscription option. Bringing in Google or NBCUniversal, could make this happen much faster, though it could still be a year or more before it becomes a reality.

The case for NBCUniversal. It’s likely that a partnership with NBCUniversal would be exclusive. Their ad unit, FreeWheel, would provide the necessary technology to deliver the ads. The NBCUniversal sales team would help to sell the ads across Europe and the US.

The case for Google. Google brings its own ad platform, which Netflix is currently a customer of. An agreement with Google could mean an exclusive arrangement, but it hasn’t been confirmed.

Both competitors are currently working with other large brands. A potential deal with Netflix could mean sharing access to its tech partners and audiences. NBCUniversal is the exclusive reseller of ads for Apple News and Apple Stocks since 2017 and has recently expanded into the UK. Google had been providing ad service to the Walt Disney Co. (a previous FreeWheel customer and current Netflix competitor) since 2018.

What Netflix is saying. Netflix hasn’t provided any details of its plans, how many ads will run, ad targeting, or reach.

Read the announcement. You can read the article from the Wall Street Journal here.

Why we care. From outside, Netflix’s subscription price increase, the fourth since 2018, seems an odd choice. It was announced at the end of January when inflation was already a growing concern for consumers. Also, viewers were already complaining about decreasing quality in new content while old favorites were no longer available. People are cutting spending and may turn to one of the emerging high-quality, lower-cost competitors.

Those competitors are also either ad-free or offer an ad-free version at a low cost. So an ad-supported Netflix tier may not be all that appealing. It’s rash to second guess a company as successful as Netflix, but this doesn’t seem to be a well-thought-out plan.

Read next: Why we care about adtech: The complete guide

Nicole Farley is an editor for Search Engine Land covering all things PPC. In addition to being a Marine Corps veteran, she has an extensive background in digital marketing, an MBA and a penchant for true crime, podcasts, travel, and snacks.

The Google Supplemental Index Has Not Existed In A Dozen Years