Home NEWS Bitcoin and cryptocurrencies are having a very bad day

The price of Bitcoin and other cryptocurrencies tanked today, continuing a months-long slide that has seen the value of the digital currency slide by more than $2,000 from highs of above $10,000 earlier in the year.

Investors are still speculating about the cause of the crash, but hopeful cryptocurrency bulls before today had hoped that $8,000 would be the new floor for Bitcoin.

Investors aren’t sure what’s behind the crash, but Bitcoin’s commentariat pointed to two likely culprits.

One was the underwhelming performance of Facebook’s chief executive Mark Zuckerberg in testimony before Congress on the Libra cryptocurrency that his company is leading the charge to create.

However, an underwhelming performance from Zuckerberg and the potential fate of Libra, which cryptocurrency purists have scoffed at anyway, may be less concerning for the Bitcoin crowd than developments happening in Google’s quantum computing research labs around the world.

Earlier today, Google declared quantum dominance, indicating that it had solved a problem using quantum computing that a supercomputer would have taken years to solve. That’s great news for theoretical physicists and quantum computing aficionados, but less good for investors who’ve put their faith (and billions of dollars) into a system of record whose value depends on its inability to be cracked by computing power.

When news of Google’s achievement first began trickling out in late September (thanks to reporting by the Financial Times), Bitcoin experts dismissed the notion that it would cause problems for the cryptocurrency.

“We still don’t even know if it’s possible to scale quantum computers; quite possible that adding qbits will have an exponential cost,” wrote early Bitcoin developer Peter Todd, on Twitter.

It means nothing because Google’s quantum breakthrough is for a primitive type of quantum computing that is nowhere near breaking cryptography.

We still don’t even know if it’s possible to scale quantum computers; quite possible that adding qbits will have an exponential cost. https://t.co/wSmO6ycaJk

The comments, flagged by CoinTelegraph, seem to indicate that the economic cost of cracking Bitcoin’s cryptography is far beyond the means of even Alphabet’s multibillion-dollar budgets.

Still, it has been a dark few months for cryptocurrencies after steadily surging throughout the year. The real test, of course, of the viability of Bitcoin and the other cryptographically secured transaction mechanisms floating around the tech world these days is whether anyone will build viable products on their open architectures.

Aside from a few flash-in-the-pan fads, the jury is very much still out on what the verdict will be.

That uncertainty affects more than just Bitcoin, and, indeed, the rest of the market also tumbled, as Coindesk pricing charts indicate. 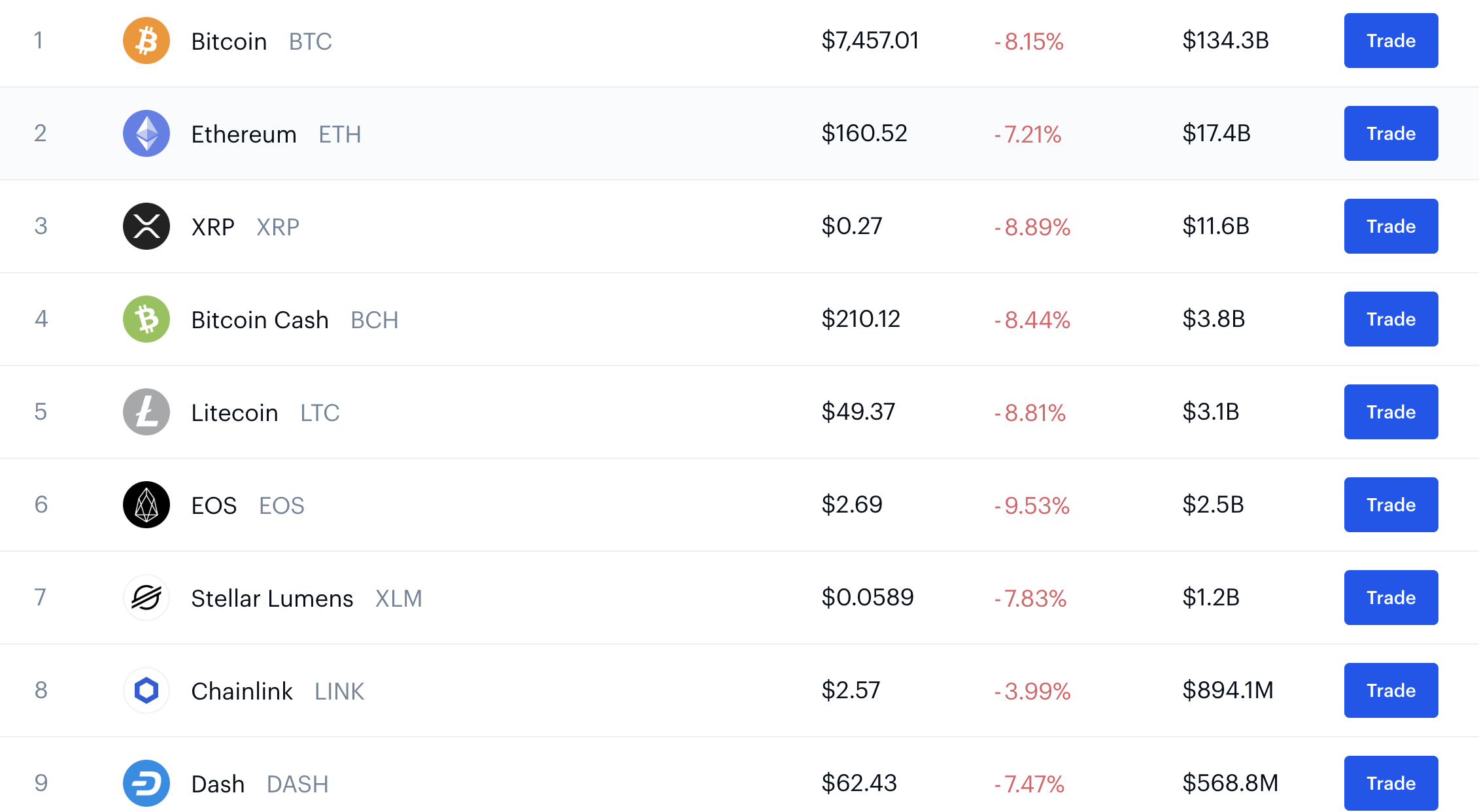