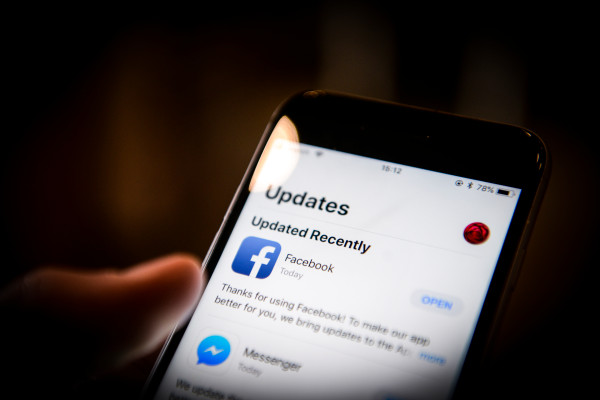 Facebook has faced a barrage of concern over an apparent bug that resulted in the social media giant’s iPhone app exposing the camera as users scroll through their feed.

A tweet over the weekend blew up after Joshua Maddux tweeted a screen recording of the Facebook app on his iPhone. He noticed that the camera would appear behind the Facebook app as he scrolled through his social media feed.

Several users had already spotted the bug earlier in the month. One person called it “a little worrying.”

Today, while watching a video on @facebook, I rotated to landscape and could see the Facebook/Instagram Story UI for a split second. When rotating back to portrait, the Story camera/UI opened entirely. A little worrying… pic.twitter.com/7lVHHGedGf

Some immediately assumed the worst — as you might expect, given the long history of security vulnerabilities, data breaches and inadvertent exposures at Facebook over the past year. Just last week, the company confirmed that some developers had improperly retained access to some Facebook user data for more than a year.

Will Strafach, chief executive at Guardian Firewall, said it looked like a “harmless but creepy looking bug.”

The bug appears to only affect iPhone users running the latest iOS 13 software, and those who have already granted the app access to the camera and microphone. It’s believed the bug relates to the “story” view in the app, which opens the camera for users to take photos.

One workaround is to simply revoke camera and microphone access to the Facebook app in their iOS settings.

Facebook vice president of integrity Guy Rosen tweeted this morning that it “sounds like a bug” and the company was investigating. Only after we published, a spokesperson confirmed to TechCrunch that the issue was in fact a bug.

“We recently discovered that version 244 of the Facebook iOS app would incorrectly launch in landscape mode,” said the spokesperson. “In fixing that issue last week in v246 — launched on November 8th — we inadvertently introduced a bug that caused the app to partially navigate to the camera screen adjacent to News Feed when users tapped on photos.”

“We have seen no evidence of photos or videos being uploaded due to this bug,” the spokesperson added. The bug fix was submitted for Apple’s approval today.

“I guess it does say something when Facebook trust has eroded so badly that it will not get the benefit of the doubt when people see such a bug,” said Strafach.