Preston is the most social media obsessed city in the UK, according to new research based on search engine data.

The study by Internet firm VPNOverview.com analysed the number of monthly Google searches over the past year for social media platforms including Facebook, Twitter, Snapchat, Instagram and TikTok to see which cities had the highest searches per 1,000 people.

This analysis revealed that the Lancashire city of Preston was the most social media obsessed city. This is due to more than 215,200 social media searches being made in the city, which when accounting for population means there are 1,517.63 searches per 1,000 people made every month. 99.52 percent of Preston residents have access to superfast broadband, two percentage points higher than the UK average of 97.2 percent.

Preston is a city on the north bank of the River Ribble in Lancashire, England. As far as places in the UK go, it is unremarkable.

Glasgow, is a far more bustling city, comes in as the second most social media obsessed city. More than 956,300 searches are made for social media in the city every month, which gives a score of 1,512.34 searches per 1,000 people when accounted for population. A 2020 Selectra report showed Glasgow had the fourth-highest download speeds in the UK.

The top ten most Internet savvy cities are:

Coming in fifth place is Cambridge, with 199,880 monthly searches for social media, which gives the city a score of 1,333.36 searches per 1,000 people when population is accounted for.

As to what this all means, a sizeable number of people these cities  will be operating at the next level of Internet/Web skills compared with the normal population. This extends to downloading files and updating applications as well as being extremely aware of potential viruses.

Across the board, Facebook was found to be the most popular platform in every city out of all the platforms studied.

Commenting on the findings, a spokesperson from VPNOverview tells Digital Joiurnal: “Social media has become a fundamental part of so many people’s lives over the past decade, so it’s natural that some cities would take more of a liking to it than others. It’s interesting to see the contrasting collection of cities in the top ten, indicating that this interest is not concentrated in one part of the UK either.”

Rattled and uncertain of its future, Twitter stumbles on 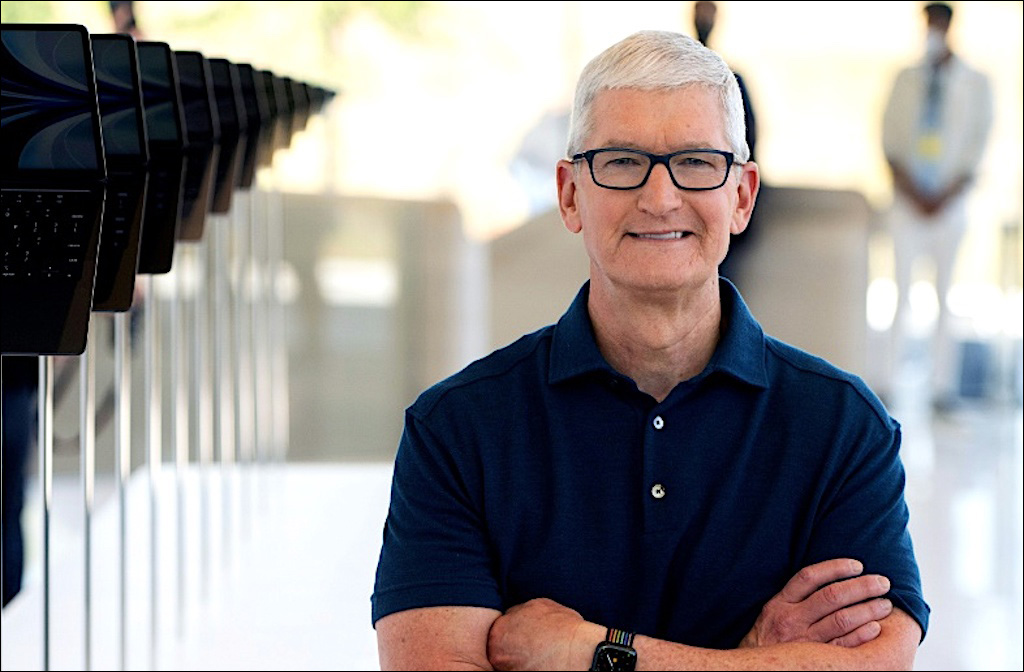 Twitter owner Elon Musk said he met with Apple chief Tim Cook on Wednesday and “resolved the misunderstanding” that prompted him to declare war on the iPhone maker’s App Store.

“Among other things, we resolved the misunderstanding about Twitter potentially being removed from the App Store,” Musk tweeted.

“Tim was clear that Apple never considered doing so.”

Musk also tweeted a video clip of “Apple’s beautiful HQ” in Cupertino, California, noting that he had had a “good conversation” with Cook.

Apple did not reply to AFP requests for comment.

The world’s richest person opened fire on the planet’s most valuable company early this week over fees and rules at the App Store, saying Apple had threatened to oust his recently acquired social media platform.

The billionaire CEO had tweeted that Apple “threatened to withhold Twitter from its App Store, but won’t tell us why.”

Apple, which has not issued a public statement on the matter, typically tells developers if fixes need to be implemented in apps to conform to App Store policies.

Analysts told AFP the clash may have came down to money, with Musk irked that the App Store takes a commission on transactions such as subscriptions.

Musk has delayed the relaunch of the Twitter Blue subscription tier intended to have users pay for perks such as account verification check marks.

Twitter rolled out Blue early in November, but pulled the plug after impersonators paid for check marks to appear legitimate in what former head of safety and security Yoel Roth referred to as “a disaster.”

Both Apple and Google also require social networking services on their app stores to have effective systems for moderating harmful or abusive content.

But since taking over Twitter last month, Musk has cut around half of Twitter’s workforce, including many employees tasked with fighting disinformation, while an unknown number of others have quit.

He has also reinstated previously banned accounts, including that of former president Donald Trump.

Describing himself as a “free speech absolutist,” Musk believes that all content permitted by law should be allowed on Twitter, and has described his actions as a “revolution against online censorship in America.”