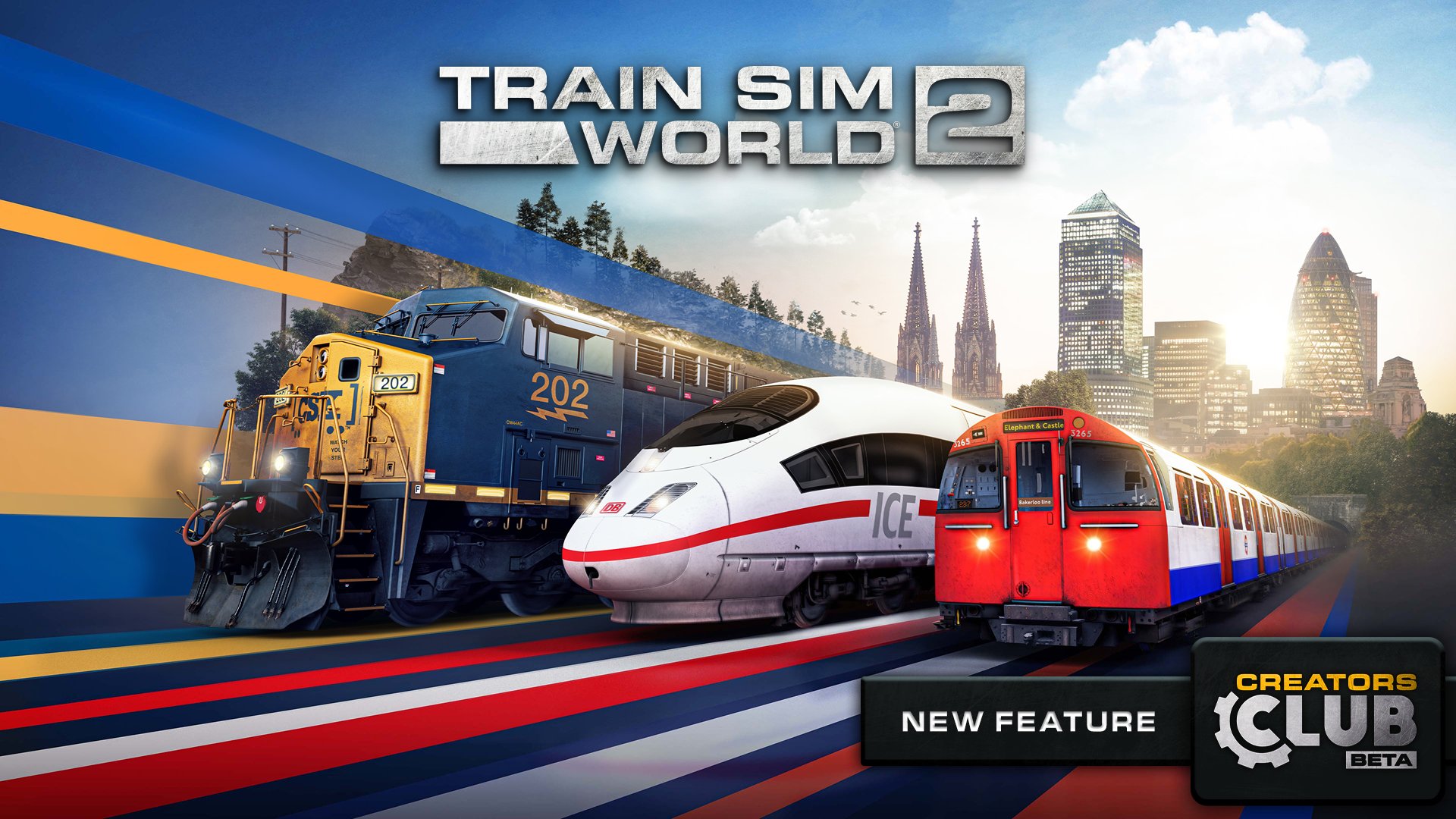 Hi Xbox fans, this week is exciting for Train Sim World 2! The sim is available to play free for Xbox Live Gold and Xbox Game Pass Ultimate members from February 24 to 27, and this weekend is the perfect time to climb into the cab as we have lots of new features to check out that give you new ways to play…

A free update for players the Creators Club Beta is the home of player customization in Train Sim World 2. In-game tools allow you to develop your own unique liveries and scenarios, bringing your railfan visions to reality. With Creators Club you can upload and share your creations across all platforms — as well as browse liveries and scenarios made by other players from the community. Start creating and play with your favorite locomotives in new and exciting ways. We can’t wait to see what you make!

Also available now is the New Journeys Expansion. This new DLC adds new liveries, scenarios, services and more to the original routes featured in Train Sim World 2. Take on new challenges as you celebrate the 50-year history of the 1972 Mk2 Tube Stock on the London Underground, take charge of a CSX SD40 with a heritage blue/grey livery in the Allegheny Mountains, and explore the busy Köln S-Bahn with non-stop passenger services aboard the DB BR 423.

Not played Train Sim World 2 yet? Between February 24 to 27, the sim will be free to play for Xbox Live Gold and Xbox Game Pass Ultimate members. Drive high-speed inter-city German rail for the first time as you push the throttle and climb speeds in the famous DB ICE 3M out of Köln. Take on the challenge of hauling long freight across Sand Patch Grade using the raw power of the CSX AC4400CW. Master the patterns and stations of the world-famous Bakerloo Line. The Free Play Days event is a great way to try out the game and learn to master a locomotive!

Playing Train Sim World 2? Say hi to us @trainsimworld on Twitter or Facebook. We’d love to see what you’re making with the Creators Club, watch your streams and find out about your first experiences as you explore the rails.

The evolution of train simulation! Master iconic locomotives and get creative with customisation tools in this advanced sequel.

AUTHENTIC ROUTES – Feel the thrill of high-speed German rail with the famous DB ICE 3M out of Köln, take the challenge of long freight on Sand Patch Grade in the CSX AC4400CW, and master the complex London Underground on the Bakerloo Line.

NEW CREATORS CLUB – Get creative adding a personal touch to your experience with easy to use tools. Craft custom liveries and scenarios then share them with other players.

IMMERSIVE SIMULATION – Get clear information on instructions, gradient and more as you drive with a new immersive interface and controls. Climb into the cab in Train Sim World 2.

New Games with Gold for March 2022