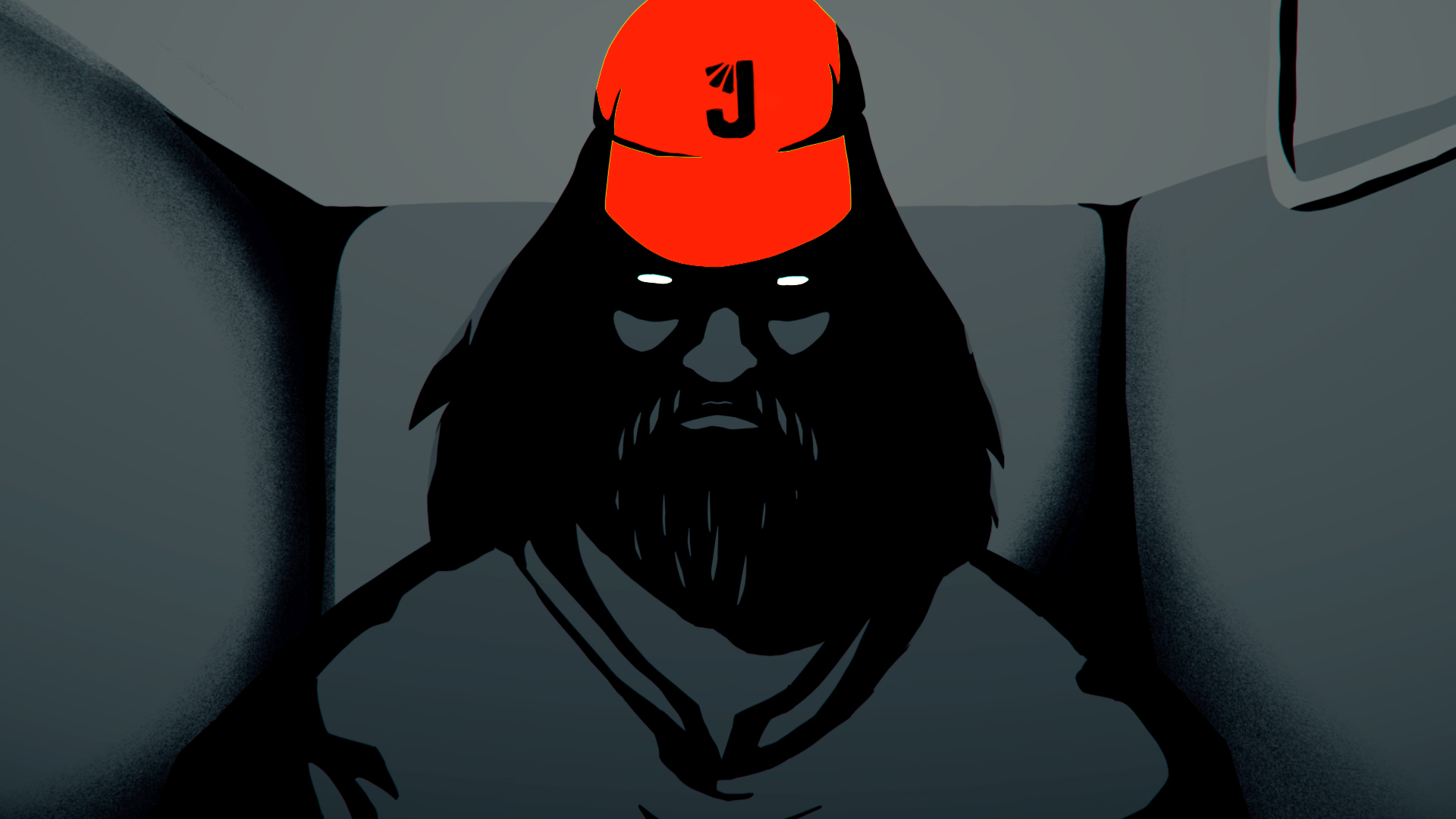 My name is Jörg Tittel, writer and director on The Last Worker. Together with Ryan Bousfield and his wonderful team of developers at Wolf & Wood, and publisher Wired Productions, I’m delighted to show Xbox players the first glimpse of gameplay from our narrative adventure coming later this year.

In our brand-new trailer, CEO Josef Jüngle takes us on a tour of JFC-1, the flagship fulfilment center servicing the billions of customers of the Jüngle Corporation (whose resemblance to real world corporations is purely coincidental of course). After all – like all leading online retailers – Jüngle has nothing to hide.

Our new trailer offers a sneak peek of the people, the technology, and the high-tech computer algorithms at the centre of Jüngle, with boxes piled as high as skyscrapers. Players will soon be able to experience first-hand Jüngle’s promise that the future can in fact be delivered today.

Dispatching to Xbox later in 2022, The Last Worker is a first-person character and gameplay driven narrative adventure centred around humanity’s struggle in an increasingly automated world, where people are progressively being replaced by robots.

I’ve been lucky to work with the greatest creative team money can’t buy, e.g. composer Oliver Kraus known for his collaborations with Sia, Adele, Florence and the Machine and others and legendary comic artist Mick McMahon (Judge Dredd), whose character designs and concepts we have been working hard to bring to life in immersive, hand painted 3D. Along with these unique visuals, our characters are performed by an all-star cast including Ólafur Darri Ólafsson, Jason Isaacs, Clare-Hope Ashitey and David Hewlett… and a couple of actors we’ll save for a future unboxing!

I hope you enjoy the screenshots. Please give @TheLastWorker, @wolfandwood and @wiredp a follow on Twitter and stay up to date on the way to launch! 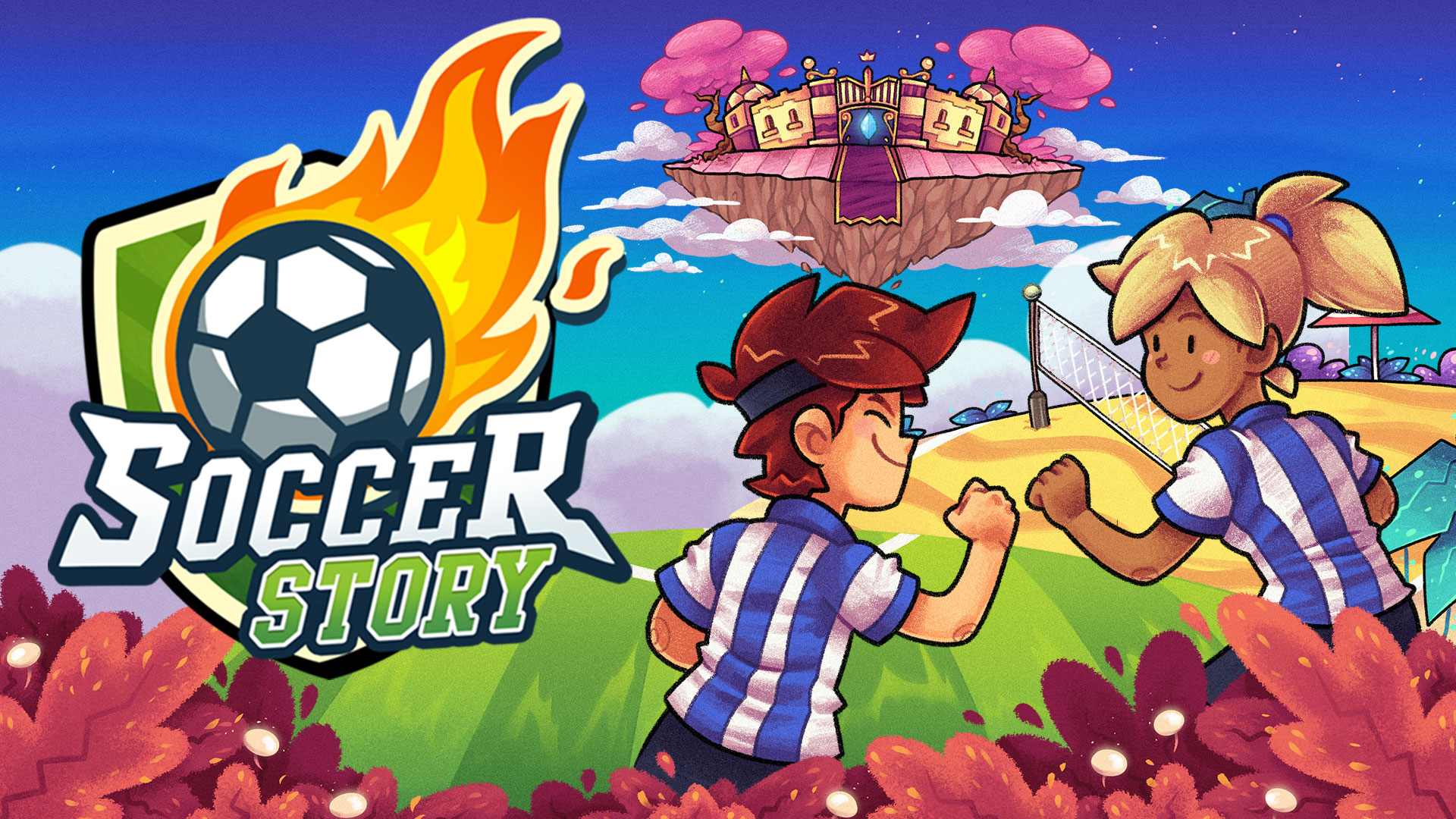 Hey everyone! It’s Pip here, marketing lead at publisher No More Robots, and if the World Cup has got you excited for some soccer (or football), I’m here to announce that you can pick up your ball, put on your shinpads and save soccer in our brand-new RPG Soccer Story! Get ready to take on the terrible Soccer, Inc. and restore the beautiful game to its rightful place at the top of the table Xbox One and Xbox Series X|S and with Xbox Game Pass starting today!

A year ago, the top teams came together to compete in the world’s biggest tournament, but tragedy struck when a great calamity brought a halt to not only the competition but also soccer as a sport! Since then, no one outside of the very suspicious Soccer, Inc. and their referees has been allowed to play, and it’s up to you, the saviour of soccer, to head to the pitch and remind everyone why this wonderful sport deserves their support once more!

Play Through a World Full of Quirky Characters, Puzzles and Hidden Secrets

The open world of Soccer Story is full to the brim with soccer-adjacent sports to play, quirky characters to chat to, as well as puzzles and riddles to solve. Around every corner and in every building there are new ways to power up your team and take the fight to Soccer Inc., whether that be by collecting team upgrades to beat the top teams or by helping the locals reform their squads and take to the pitch – it’s up to you to get soccer back on top!

Each zone is being controlled by a different member of Soccer Inc., but with the help of your magical ball you’ll be able to drive away the terrible referees and clear up their mess. From spotting the hidden ninjas in the Zen Zone to destroying sandcastles and reforging the Shark Idol in the Beach Zone, each area has its own challenges and issues. Can you become the champion of the hurdles in the Athletic zone and conquer the tricks and traps of Fut Golf?

Build Your Soccer Career and Do Battle against the Fiercest Soccer Teams Like Literal Sharks, Toddlers, Old-Age Pensioners and Ninjas

If you want to take the fight all the way to the heady heights of the Apple Cup and defeat Soccer Inc. once and for all, you’ll have to gather your team and take on each region’s finest for the Regional Cups – each one guarded by teams weirder and wilder than the last. You’ll need to hold your nerve as you face down OAPs, ghosts and a team of literal sharks in order to make your way to the top, and none of them will go down easy.

As you progress though each cup, mighty animal captains will help you discover your true powers and harness the skills to make Soccer Inc. pay! Beating each in a 1v1 showdown will grant you abilities to really kick your enemies where it hurts, and the power to defeat whoever dares to stand in the way of a good, old-fashioned kick-about!

Once You’ve Saved the World, Grab Some Friends and Play Ball

Once the soccer bug has bitten you, (and who can blame you with the world cup really heating up too!) grab some friends and find out who really is the saviour of soccer by playing some local multiplayer matches! Run your own tournaments from the comfort of your own home or play co-operatively to take down the best teams Soccer Story has to offer! Choose your favourite team, whether that’s the hometown heroes of Soccer Town or one of the teams from around the world and head to one of our state-of-the-art stadiums and become top your own personal leagues!

Soccer Story is out now on Xbox One and Xbox Series X|S! Grab boots and head to the pitch, you’ve got a wide world to explore, bad guys to defeat and a magical ball to kick at every one and everything! I hope you enjoy it as much as we do, and you bring soccer home once and for all!

It’s been a year since The Calamity™ tore apart the very foundations of soccer as we know it, and since then, Soccer Inc. has made dang well sure that not a soul has been allowed to even look at a soccer ball, let alone kick it.

Soccer may have been banned across the world… but now there is hope! A magical soccer ball has chosen you, our Savior of Soccer!

Soccer Story is a physics-driven adventure RPG, where every problem can be solved with your trusty magic ball. Along the way, you’ll need to best bad guys in 1v1s, compete in a range of different sports (with your soccer ball, of course), and sometimes use your brain just as much as your balls

In a world that has long forgotten The Beautiful Game, can you remind them why soccer is top of the table, and best the most formidable teams, including the local toddlers and a group of sharks?


-Drop your soccer ball and play anywhere! The world is full of goals, puzzles and secrets – it’s up to you to find them!
-Play a single-player story full of quirky characters, quests, rogue refs and wacky soccer-adjacent sports
-Build your soccer career and do battle against the fiercest soccer teams like literal sharks, toddlers, old-age pensioners and ninjas
-Save soccer and restore peace and harmony to the world
-Grab a friend for a four-player local multiplayer match mode with a full roster of teams and animal captains

Grab up to 3 friends, and convince them that soccer is the ultimate sport by challenging them to local multiplayer matches!

With a whole host of teams and captains to choose from, find your personal playstyle and hold your own tournaments at home across the many pitches, from home matches at Soccertown to the vast Soccer Inc Stadium!