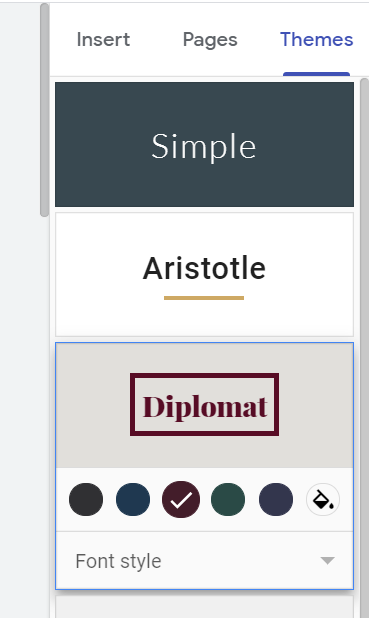 You can access Google sites by typing sites.google.com in your browser’s address bar or by clicking on the 9 square grid in the corner of any Google service, then select “sites” from the drop-down menu. You can also go to sites.google.com.

This will take you to the previous version of Google sites. However, you will see an option in the left sidebar that offers the opportunity to try new Google sites. You can click here, or you can use the direct link: http://sites.google.com/new.

Once you are within the new Google site interface, it should be in familiar territory. The interface supports the visual language of Google’s material design, as well as documents, sheets, slides, and forms, but with a purple theme:

From here, you can double-click on a site you have already created to open it, or you can click on the large redaction button (the one with the + sign) in the lower right corner of the screen to create a new site.

How to Change the look of your website on Google Site

If you manage the theme’s source, that means you can change your mind at any time and update all pages of your site automatically simply by making adjustments to the theme.

When you change the theme of your site, this will change the look of each page, all at once. Each Google site theme has several colors and typeface options. As an example, notice at how my sample site changes when I switch the theme from ‘impression’ to ‘Aristotle’:

It is not possible to have different themes applied to different pages of your website; You have to choose a theme for the entire site.
You can change the theme of your site and customize fonts, colors, images, etc. Whenever you own the site.

1. Use the more button (shaped like a cog/ wheel) and go to manage the site, and then choose themes, colors, and fonts.
2. Use the base theme menu to choose your theme.
3. Use the delete all customizations option to return to the original state of the theme.

Related Topics:GoogleGoogle Site
Up Next 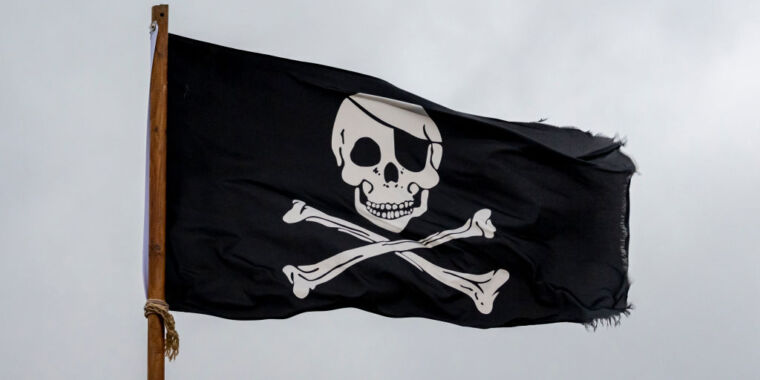 Over the past decade, Google has consistently documented its efforts to remove links from its search results to content that the tech giant considers pirated, and recently, the total number of Google takedowns since its reporting began has shot past 6 billion. It’s a milestone that Torrent Freak suggested shows that, “[w]hile copyright infringement can’t be eradicated entirely, Google is slowly but steadily presenting itself as a willing partner in the anti-piracy fight.”

Google’s slow evolution into an anti-piracy champion began ramping up in 1998. That’s when the Federal Communications Commission granted safe harbor to online service providers like Google, protecting them from copyright infringement claims about third-party content, with a condition that the providers disclose information on any users alleged to be infringers.

A decade later in 2009, it seemed like Google wasn’t doing enough, though, and the FCC again intervened, responding to news publishers lashing out at Google and others. At that time, the publishers accused service providers of profiting off ad placements next to links from aggregators and scrapers, who were accused of grabbing and republishing news content without permission.

Back then, Google promised to address the issue by making it easier for rights holders to flag infringing content in search results. Then it launched its first transparency report in 2010, but that initial report only shared information on government requests for takedowns.

Two years later, Google expanded its report, publicly counting every takedown notice that it received and “providing information about who sends us copyright removal notices, how often, on behalf of which copyright owners and for which websites.”

More recently, Google decided to go one step further by creating a preemptive blocklist in 2018. That move stopped copyright-infringing URLs from ever being indexed in search results, and those links are included in the 6 billion total of URLs delisted that Google documents today.

According to Torrent Freak, 326,575 copyright holders identified 4,041,845 separate domain names, adding up to 6 billion takedowns since 2012. But not all reports were valid. Torrent Freak itself was counted among “false positive” reported domains, along with “websites of the White House, the FBI, Disney, Netflix, and the New York Times.”

In 2012, Fred von Lohmann, Google’s senior copyright counsel, wrote in a blog that Google’s efforts to be more transparent about takedowns over this past decade were intended to help inform policy choices as the Internet evolves.

“As policymakers and Internet users around the world consider the pros and cons of different proposals to address the problem of online copyright infringement, we hope this data will contribute to the discussion,” Lohmann wrote.

Google did not immediately respond to Ars’ request for comment on policy impacts of its transparency reports.

Google’s partner in tracking all of its takedown notices for transparency purposes is Lumen, whose project manager, Adam Holland, told Ars that Google submits more data than any other company that Lumen partners with, such as Twitter, Wikipedia, or Reddit. Holland said that the majority of requests for Google data come from academics interested in analyzing long-term trends, as well as, increasingly, media and non-government organizations, but rarely policymakers.

“We don’t actually get a lot of interest directly from lawmakers,” Holland told Ars. “Personally, that disappoints me, but that’s the reality.”

However, recently, Holland said that Lumen has begun working with the European Union to help it enforce new transparency requirements for online service providers included in its newly passed Digital Services Act. As a neutral data resource, Lumen’s primary goal isn’t to influence policy, though.

Holland told Ars the only stance that Lumen takes on the issue is remaining firmly against invisible takedowns by online service providers, because “[o]ur unofficial motto is good policy requires good data.” And because of its global reach, Google remains the key supplier of Lumen data.