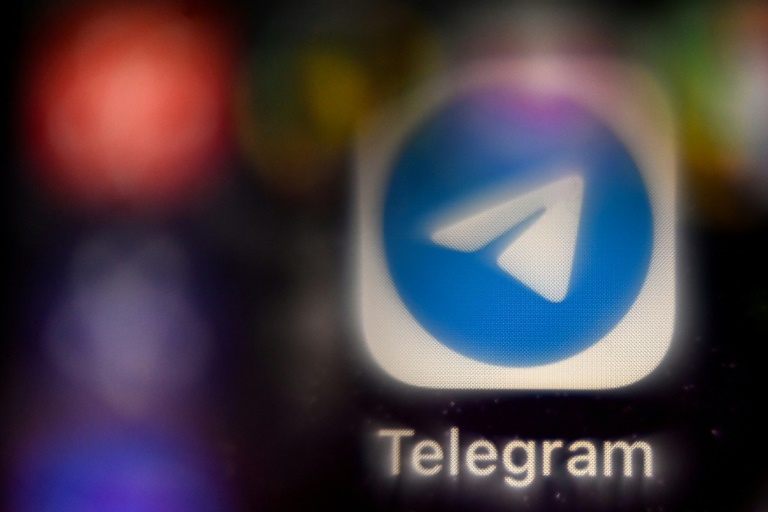 Mobile messaging and call service Telegram is being used in Brazil in particular by far-right President Jair Bolsonaro’s supporters, who see the app as a powerful too with virtually no restrictions on what users can say – Copyright AFP PHILIPPE LOPEZ

Like millions of Brazilians, @mara, a fervent fan of far-right President Jair Bolsonaro, has turned to the messaging app Telegram as the country heads toward a deeply divisive election: “There’s no censorship here,” she says.

Similar to the 2018 election that brought Bolsonaro to power, this October’s edition is shaping up as an all-out war on social media, with disinformation as a powerful weapon.

Founded by Russian-born tech entrepreneur Pavel Durov in 2013, Telegram is a crypted messaging app with virtually no restrictions on what users can say in messages.

That has won it fans in Bolsonaro’s camp, where other social media companies face accusations of censoring right-wing views.

It has also earned it scrutiny from the Brazilian authorities, notably the Superior Electoral Tribunal, which has tried in vain to get Telegram to cooperate in fighting disinformation in the run-up to the elections.

“Here, you can express your opinions freely,” said @mara, a 60-year-old teacher who asked her real name not be used.

The pressure on Telegram, she said, is “RI-DI-CU-LOUS.”

“That’s a DICTATORSHIP, it only happens in countries governed by dictators,” she told AFP via the app, which has been hugely successful in Brazil, downloaded on 53 percent of all cell phones.

Like his political role model, former US president Donald Trump, Bolsonaro is adept at rallying his base on social media, where the Brazilian leader has more than 45 million followers in all.

He faces a series of investigations for spreading false information on social networks, notably over his repeated claims of rampant fraud in Brazil’s electronic voting system, for which he has provided no evidence.

Bolsonaro has more than one million followers on Telegram, not including numerous fan groups with names like “Reelect Bolsonaro 2022.”

Dubai-based Telegram proudly explains on its website that its chat data and encryption keys are deliberately spread around the world, in what is known as “distributed infrastructure.”

“Thanks to this structure, we can ensure that no single government or block of like-minded countries can intrude on people’s privacy and freedom of expression,” it says.

Its refusal to block content some consider dangerous has sometimes gotten it in trouble, including suspensions in several countries.

And its largely unmoderated platform, which allows groups of up to 200,000 members, is a potential viral breeding ground for false information.

The court’s president, Luis Roberto Barroso, wrote to Telegram headquarters in December, asking for a meeting and warning that the app was rife with “conspiracy theories and false information about (Brazil’s) electoral system.”

He went on to threaten Brazil would suspend Telegram, “plain and simple.”

Bolsonaro said any such move would be “cowardly.”

– Specter of US Capitol riot –

“It’s a platform designed to dodge the law. Messages are stored on multiple servers, each in a different jurisdiction,” said Pablo Ortellado, a digital communications expert at the University of Sao Paulo.

Bolsonaro’s repeated allegations against the electronic voting system used in Brazil since 1996 are raising fears he will reject the election result if he loses, like Trump.

The specter of the January 6, 2021 attack on the US Capitol by Trump supporters — who were riled up in part on social media — looms large in Brazil.

“The fear is that if Telegram can’t be brought under Brazilian electoral legislation, false allegations of vote fraud can’t be regulated or contained,” Ortellado told AFP.

If Brazil does block Telegram, @mara has a back-up plan: she has already signed up for other apps, including Trump’s new Truth Social, which started rolling out Sunday.

“WE WILL NEVER GIVE UP,” she said.