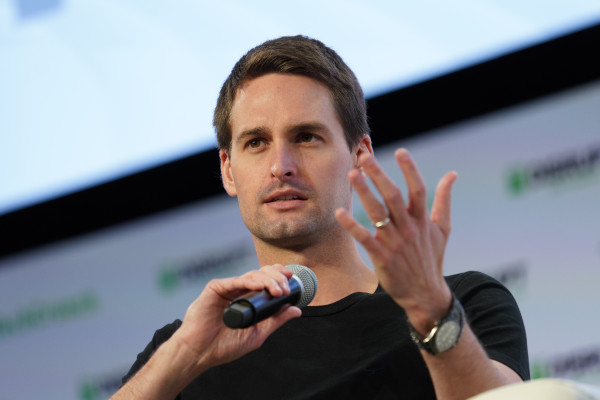 Facebook’s relentless feature copy of Snapchat has been seen as one of the chief examples of the company’s competitive overreach, but Snap CEO Evan Spiegel isn’t sure whether antitrust activity from the government is going to change the company’s near-term prospects of competing with Instagram.

“I mean the history of antitrust would basically say that these investigations last like seven to 10 years or something like that and that basically nothing happens,” Spiegel said onstage at TechCrunch Disrupt SF. “I think a lot can change in the seven to 10 years that this process will take.”

Though Spiegel didn’t seem to have the most faith in the process giving Snap a more level playing field to take on Facebook, he did say there were clear public concerns with how Facebook was responding to competition in the market.

“The thing that everyone’s concerned about is that they’ve seen that competition has been what has motivated Facebook to make those changes over time,” Spiegel said onstage. “So, if you look at Snapchat, the inventions that we create around ephemerality, around privacy, those have really motivated Facebook to dramatically change their product offering in order to compete.”

Whether Facebook was specifically suppressing Snapchat content, Spiegel said, “It’s hard to say and I you know I’d probably be stupid to talk about it here.

“I think what everyone is concerned about is what they would characterize as anti-competitive practices, so, for example, you know, people upload snaps they create on Snapchat to Instagram, all the time, and then Instagram suppresses you know the Snapchat hashtag or they suppress people’s ability to post snap codes as their profile picture or suppress their ability to link to Snapchat on their profile. And that’s an example of anti-competitive behavior.”

Spiegel also confirmed that the company had put together a list of some of Facebook’s competitive moments called Project Voldemort, noting that the list had been started several years ago. The initiative’s existence was first reported by The Wall Street Journal.

“I didn’t make it, our legal team put it together,” Spiegel said. “I think just because they kept hearing from our partners all of these things that Facebook was doing and it was actually so many that people couldn’t actually remember them all so they started writing them down.”