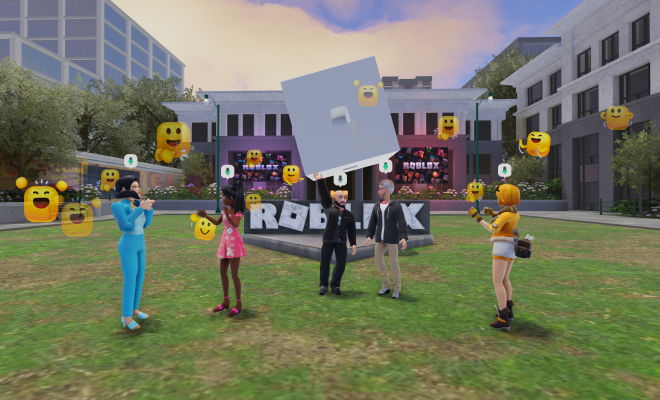 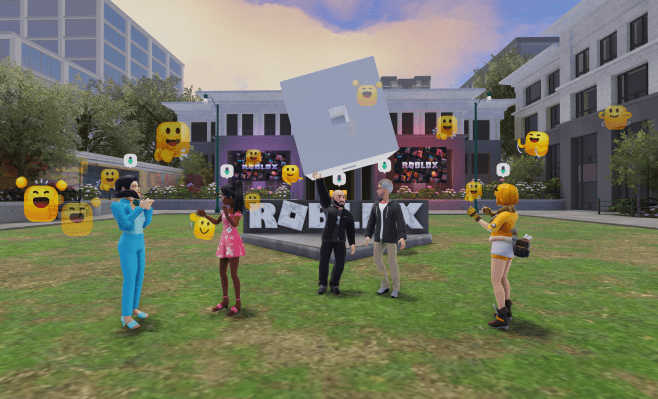 As one of the frontrunners in the race to build the metaverse, Roblox is thinking ahead to what virtual worlds really need. And while the platform has had no shortage of growth on its current path — as of July, it boasted 47 million daily active users — it’s looking to chart a course toward deeper, richer virtual experiences that will keep people coming back for years to come.

To that end, Roblox is taking careful but decisive steps toward weaving voice chat into the platform’s core experience. The first move: inviting a group of trusted developers to explore how they can integrate proximity-based audio into the wildly popular experiences that beat at the heart of the platform — from chill, vaporwavey vibe games to pulling off kickflips in a Vans-sponsored skate park.

With spatial audio, users will be able to speak with other people nearby through live voice chat. Roblox sees its new voice product as a natural extension of the way that text chat works now, but instead of text bubbles that pop up over an avatar’s head, visible to anybody around them, players will be able to talk naturally to the other people they bump into.

Say you’re hanging out in a virtual skatepark in Roblox with spatial audio enabled: skaters in the half pipe with you would sound loud and clear, just like they would in real life. But you wouldn’t be able to hear someone walking around on the sidewalk across the street, since they’re too far away. To have a private conversation with a nearby friend, you might peel off and walk toward a store down the block.

“As we think about the future of communication in the metaverse, we think that it needs to be very natural and feel very similar to the way we communicate in the real world,” Roblox Chief Product Officer Manuel Bronstein told TechCrunch in an interview. “But it also can transcend, some of the limitations that physics and space create in the real world.”

Bronstein joined the company in March, leaving Google to help realize Roblox’s particular vision for the metaverse. Prior to hopping over to Roblox, Bronstein worked on product teams at Zynga, Xbox and YouTube — three very different companies that are probably equal parts relevant to his current work.

“If you think about the metaverse as the next incarnation of where you know I could go shopping or I could go to a concert, I could go to school, I think that you need to be relevant to everybody in society and you need to both build the content, the rules, the features that support all of those behaviors,” Bronstein said. “And part of bringing voice to the platform is to ensure that our older audiences have a natural way to communicate.”

Voice chat is very much on the way to Roblox, but that doesn’t mean it will appear overnight — and that’s by design. The company is inviting an initial group of 5,000 developers, all 13 and older, to try out the new spatial voice chat capabilities in a custom-built Roblox community space.

“We’ve put a bunch of neat features in there and places for them to chat and hang out and they’re going to be able to learn from the code that we wrote for that community space… So a few weeks later or a month later they can put that into their experiences and turn it on,” Bronstein said.

Bronstein emphasizes that Roblox will take this process slowly, building new moderation and safety tools in parallel as it goes. The voice rollout will go slowly, starting with the chosen circle of developers and gradually expanding out from there as the company feels confident that it can create a safe enough environment with its moderation tools.

“I think we want to take it slowly and we want to learn as we go through it,” Bronstein said. “We may start, as I mentioned, with the developers. It is likely that right after that, we may go to an audience that is 13+ and park there for a while until we understand exactly if all the pieces are falling into place before deciding if we ever open it to a younger audience.”

To moderate its sprawl of virtual worlds, Roblox uses a blend of automated scanning and a 3,000-person safety team of human reviewers. Like in any social network, players can report, block and mute other players to make their own experiences feel more comfortable. And because half of its player base is under 13, Roblox gives parents options on what kinds of age-appropriate experiences to allow and toggles for things like text chat. If voice chat ever makes its way to younger age groups, parents would be able to disable it altogether.

Roblox’s under-13 crowd comprises a massive chunk of its user base, but a surprising number of older kids and young adults hang out there too. According to the company, 50% of its users are over the age of 13 and it’s seeing the most explosive user growth among 17- to 24-year-olds. Roblox is attracting new users, but its core users are also growing up and the company knows it needs to grow alongside them.

Whether voice chat ever rolls out for younger users or not, Roblox seems well aware that keeping a virtual environment with voice chat feeling safe and friendly is a steep challenge. The company plans to rely on user-initiated reporting as voice rolls out and it’s exploring other tools that could bolster those efforts. The company is looking at a few different tools, including automatically recording a snippet of conversation just prior to a user being reported as a way to capture bad behavior for reviewers. It’s also interested in expanding reputation systems that automatically restrict users who have a certain number of strikes against them.

Much like any social platform, Roblox will likely lean heavily on user reporting, which disproportionately shifts the burden to users on the receiving end of hate and harassment — an unfortunate outcome that no social company has properly dedicated the human resources to solving.

Next on the voice roadmap

Bronstein describes spatial audio as “one component” of Roblox’s vision for natural communication. The next step is integrating a voice chat experience that’s persistent across experiences, letting users who know each other hang out even when they aren’t doing the same thing. For anyone who paid attention to the company’s quiet acquisition of a company called Guilded last month, that won’t come as a surprise. Though Roblox’s work on voice pre-dates the acquisition, Guilded will lay the groundwork for Roblox’s future voice plans.

A Discord competitor, Guilded similarly built out a chat platform for gamers, doubling down on the competitive gaming scene where Discord expanded its horizons beyond gaming. Beyond group voice chat, Guilded gives gamers built-in scheduling and community management tools that ease the hassle of organizing complex online social events, like wrangling 20-some-odd gamers to run raids in World of Warcraft.

“In the near term, Guilded has an amazing road map, we want to just continue with that road map and grow it without any hardcore integration at this point,” Bronstein said.

Moderation challenges aside, there’s basically nothing in Roblox’s way. The company went public in March and today it’s worth $49 billion, making it easily one of the most valuable companies in gaming. Investors, content creators and tech giants alike are going all-in on the metaverse, and really, it looks like a pretty safe bet.

Metaverse is a buzzy term right now, but it’s more shorthand than empty hype. When people talk about the metaverse, they generally want to evoke a futuristic vision of interconnected virtual worlds — online spaces that we can move through, socialize and shop within (for better or worse, that last part is key). Whether this will all be in virtual reality or not and when is a point of some debate, but really the interconnected part is the bigger challenge. In the app age, software was siloed by design. But to realize the promise of the metaverse, our virtual selves and our virtual stuff will need to be able to move through online worlds fluidly.

A few companies are ahead of the curve on this, and it’s no coincidence that two of the big ones, Roblox and Fortnite-maker Epic — best known for their virtual worlds stocked with custom avatars, in-game economies and a seamless social layer — are elevating user-created content. Those experiences, and the ability to easily hang out with friends while doing stuff in them and elsewhere in virtual space, may wind up being what the metaverse is all about.

Most adults can hardly grasp the appeal of the blocky, suburban worlds that their kids love hanging out in, but Roblox understands something fundamental about where online life is going. Or rather where we’ll all going — into online worlds like Roblox.