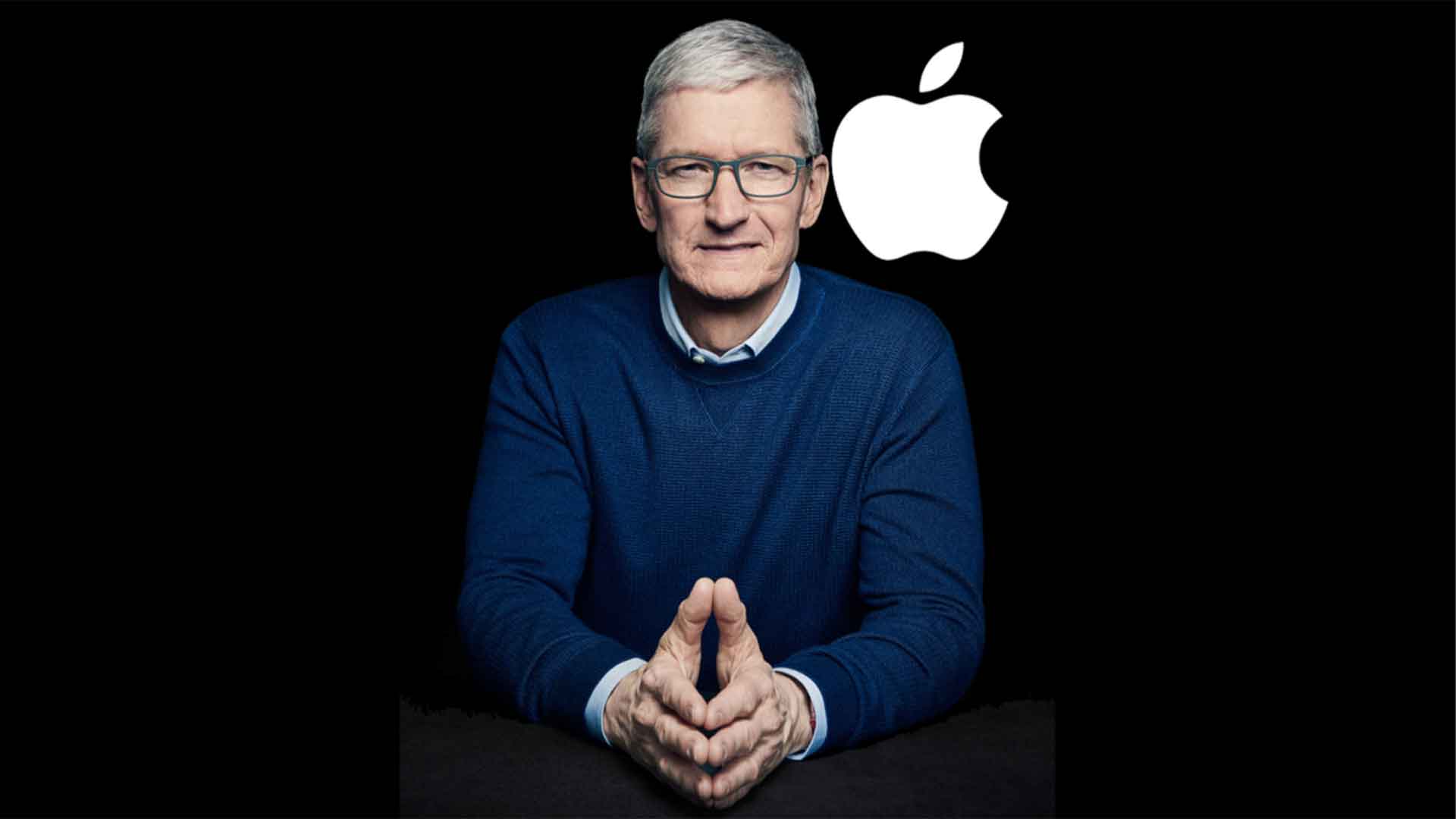 Why is Apple So Successful? Apple’s Machine Learning Strategy & Self Driving Car Project

The success of Apple goes beyond its simple products as it’s using the latest technologies including artificial intelligence, machine learning and deep learning.

Machine Learning (ML) is increasingly dominating the keynotes where Apple executives take the stage to introduce new features for iPhones, iPads, Macbooks and the Apple Watch. Machine learning enables systems to learn without being explicitly programmed. Based on algorithms and huge datasets for training, systems learn to recognize patterns that had not previously been defined. The acquired knowledge can then also be applied to new data.

Apple’s machine learning strategy centres around its devices. The company has positioned itself as a pioneer of in-device machine learning technology, with its superior security and potential for creating unique, user-engaging experiences.

Apple is targeting 2024 to produce a passenger vehicle that could include its own breakthrough battery technology.

What’s The History of Apple?

Apple Inc., formerly known as Apple Computer Inc., is a technology multinational company that has its headquarters in Cupertino, California.

The Macintosh, released in 1984, introduced the Graphical User Interface (GUI) to the mainstream. Apple’s second product, the Apple II was a huge success. It was the first personal computer to earn such mass-market success.

The company started struggling after it ousted Steve Jobs back in 1985. It was even on the verge of bankruptcy when Steve Jobs returned to the company in 1997.

Steve brought in some brilliant ideas and lifted the spirit of the company. He led the company to recovery by introducing the iPod in 2001, the iPhone in 2007, and the iPad in 2010. Apple earned a profit of almost $40 million in the 2014 fiscal year.

Steve Jobs died of cardiac arrest in 2011. Tim Cook, his longtime deputy, took over as the CEO and has presently been leading the company to success.

How is Apple Implementing Machine Learning?

Over the course of the last several years, Apple has bought startups such as Emotient, Turi, Glimpse, RealFace, Shazam, SensoMotoric, Silk Labs, Drive.ai, Laserlike, SpectralEdge, Voysis, XNOR.ai, and more, all with the aim of improving the artificial intelligence and machine learning capabilities of its products and services.

Apple’s machine learning approach addresses two major pain points: training of models on the cloud is expensive, and getting them to work on mobile devices is difficult at best.

The company has always stood for that intersection of creativity and technology.

Machine learning is a key component of Apple’s broader initiatives.

Apple’s machine learning strategy continues to be focused on running workloads locally on devices, rather than relying heavily on cloud-based resources, as competitors Google, Amazon, and Microsoft do.

Machine learning is very much a part of Apple’s overall strategy, and it is building it into the very fabric of its devices and services.

By running on machine learning models on-device, Apple guarantees that the data never leaves the device of the users.

If Apple can provide tools that make it feasible to train models locally at reasonable speeds, it could further increase its hardware footprint because for individual developers training models locally on a single machine is much more cost effective than doing so on the cloud.

What Are The Key Drivers Behind Apple’s Success?

Apple’s success lies in a strategic vision that transcended simple desktop computing to include mobile devices and wearables. Both performance and design are key drivers of the Apple brand and its ongoing success.

A significant part of the credit for the iPhone’s success has to go to the App Store because the app ecosystem keeps customers coming back to Apple year after year when their mobile contracts are up for renewal, Apple has pushed developers to integrate AI into their third-party apps.

Apple is also relying on a talented workforce. It is hiring the very best and most creative designers and engineers to build widely successful easy to use products.

Why is The Apple Car Project Still Secretive?

Hundreds of Apple employees are working on developing a self-driving Apple-branded car aimed at consumers.

Apple’s car project is still in the works. Deep integration with iOS is also expected. Apple is still waiting for autonomous testing permits received from DMV. A self-driving software is also being tested.

The company is also developing a new battery design that has the potential to radically reduce the cost of batteries and increase the vehicle’s range.

Apple is working on a monocell design that will bulk up the individual battery cells and free up space inside the battery pack by removing pouches and modules that hold battery materials. This will allow for more active material in a smaller package. The battery technology has been described as “next level” and similar to “the first time you saw the iPhone.”

Apple’s ultimate dream is to dominate every sector by leveraging machine learning. Developing a safe self-driving car represents a supply chain challenge for Apple, a company with deep pockets that makes hundreds of millions of electronics products each year with parts from around the world, but has never made a car. It’s important to bear in mind that it took Elon Musk’s Tesla 17 years before it finally turned into a sustained profit making car.

Related Topics:AppleApplescarDrivinglearningMachineProjectstrategySuccessfulWhy is Apple So Successful? Apple
Up Next

The Dark Side of Metaverse, Cryptocurrency & NFTs

Once upon a time, virtual reality (VR) and augmented reality (AR) were only used for video games or seen in movies (think Tony Stark and all of his cool gadgets in Iron Man).


But today, thanks to all of the advances in technology, the use of AR and VR is no longer something you see only in sci-fi thrillers or something that you use for entertainment. No today, AR and VR are becoming much more commonplace, and this technology is being used in a variety of useful applications across a variety of industries. The hotel and hospitality industry is just one field that is making use of augmented and virtual reality, and its popularity is really exploding!

In fact, AR and VR have become powerful marketing tools for hotels and resorts around the globe. These technologies are really changing the way people are travelling, and it’s definitely for the better.

How are hotels and resorts utilizing augmented and virtual reality and how are these technologies helping both entrepreneurs and travellers alike? Read on to discover the exciting technologically advanced future or travel!

What is Augmented and Virtual Reality?

Before we jump in and explore how hotels and resorts are using augmented and virtual reality, it’s first important to understand exactly what these technologies are.

Both AR and VR create experiences that fully immerse users into different environments or allow them to experience things in a whole new way, but these two technologies do differ. Loosely defined, virtual reality means near-reality (virtual meaning near and reality meaning the here and now; what you are actually experiencing.). Virtual reality immerses users into an interactive computer-generated environment. It incorporates a variety of senses, primarily sight and sound, to create a life-like experience. In other words, you feel as if you have been transported to another location even though you never physically left your current location.

Augmented reality, on the other hand, involves adding to the reality that you already see; it doesn’t replace your reality, but rather enhances it. AR has the ability to bring elements of the digital world into the real world (again, think Tony Stark in Iron Man).

So, now that you have a basic understanding of virtual and augmented reality, let’s examine how hotels and resorts are utilizing these technologies.

Providing an Experience Before Booking

How many times have you reserved a hotel, only to find, much to your dismay, that it was not at all what you were expecting. Sure, pictures can help you get a vague idea of what to expect, but they really can’t give you a clear idea.

With virtual reality, you can get a real idea of where you’re going to be travelling before you make a reservation. You can slip on a headset and be transported to a resort or hotel and actually walk through the lobby, see the guest rooms, and check out all of the amenities.

VR is not only beneficial for travellers’, it is also beneficial to hotels and resorts; particularly lesser-known properties or those that are located in remote areas, as it allows them to give people the opportunity to see what they have to offer.

The hotel and hospitality industry is extremely competitive. Travellers’ have so many options when it comes to where they can stay. And with hotel and resort database sites, like Booking.com and Travelicity.com, the competition has become even steeper.

With so much competition, it can be hard for hotels and resorts to set themselves apart from the crowd. Photos and marketing content can only do so much. But augmented and virtual reality can really help hotels and resorts establish a competitive edge. It allows them to distinguish themselves and showcase their unique selling points. In other words, it gives them the chance to show prospective travellers the chance to explore the gardens, visit the restaurants, and lounge by the pool that resort A has to offer, thus allowing the resort to stand out in the crowd and attract more people.

Another way that hotels and resorts are adopting advanced technologies to simplify the booking process for their guests. For example, most hotels and resorts offer different types of accommodations; standard rooms, suites, handicap accessible rooms, and so forth. By using augmented and virtual reality, guests can actually see what different accommodations offer to determine what will best meet their needs.

When potential visitors have the opportunity to really experience different accommodations, the process of making reservations becomes a lot easier for them.

Hotels and resorts are also using AR and VR as a way to improve guest satisfaction. When people have the chance to see what they are going to get before they arrive, it’s much more likely that they are going to have a more pleasant experience, and when they have a more pleasant experience, guests are much more satisfied. When guest satisfaction improves, so does the reputation of a hotel or resort, which translates to much greater success.

Augmented reality and virtual reality are already proving to be invaluable tools for hotels and resorts around the globe. These technologies are a truly effective way to develop a competitive edge, allow guests to see what properties have to offer, improve the booking process, and ensure guest satisfaction.

Given the incredibly positive effects that augmented reality and virtual reality have had for hotels and resorts, it is exciting to think of how these technologies will further be adopted by hotels and resorts, and how AR and VR will enhance marketing for establishments and experiences for travellers in the future.