So I watched and watched, and waited for the signals I track to align and they really didn’t seem to align. The chatter within the SEO community about a possible Google update started around Tuesday of last week, they were sporadic but SEOs were talking about ranking changes but the tools like I said, really did not show huge volatility.

Then Sunday, May 1st came and the tools and the chatter seemed to significantly increase. Honestly, it is weird to see a lead up like this to an update. I know Google tends to roll out confirmed (and likely unconfirmed) updates over several days to weeks, but this just felt weird.

Let me start by sharing some of the comments in terms of chatter from both here and WebmasterWorld starting a week ago through today:

Saturdays and Sundays I usually expect about 66% of my weekday average, yesterday I was 38%, the last date I had a similar number was 25th December 2021 at 37%. Yes, my quietest day of the year.

RedBar indeed lower numbers today. This is an inverse from my typical Sunday. Existing user interaction has increased though. New users are far fewer than it should be.

Non commerce research site had a rank increase. 3x impression rate with added traffic. Increase of keyword base. Near 200 keyword sets at position 10 and above now.

Other sites are the same.

Today we see a new dropt of -50% so far the biggest drop since panda algo launched years ago.
It is creasy because we do have a lot of #1-#3 spots but it seems to mean nothing.
We see our descriptions coming up in a lot of featured snippets ( so it should be a trusted source).
What we are missing is business traffic. So before this quality update we had a lot of business traffic. It seems that all traffic from those source are completely directed to google ads.

I see absolutely stellar gains – search traffic is up 49%(450,000 visitors) over last month on an old site but it’s the newer content doing the heavy lifting. This site has remained unaffected by updates since 2009 so site age alone is not likely a problem.

Initially Monday was not looking good for me yet finished at 103.3%, Tuesday started in a similar vein but ended with 113.7%, today seems to have started well and nearly at 50% already … fingers crossed.

Traffic sources have been normal with the USA down a couple of points.

pretty big this time, yes. One of the biggest drops we have ever seen so far.

Can confirm a big drop this end (entertainment news niche). Lots of spam in the results which always gives me hope that it reverses.

Yesterday the drop was big. Today I can already see that it will be even bigger. Something big coming? 😐

Yesterday somewhat of a drop, today a massive drop in traffic looks like. But my ranking is higher today. Perhaps this is new for some of you, but I’ve been seeing these days where traffic drops off a cliff on a regular basis now. IF this is a way of rotating traffic so that more sites get seen instead of always the same sites on top I could accept that, but I doubt Google is being that generous. It’s more about the experiments with page layout and loading the pages with other Google widgets.

It’s a bug got to be, there is no way that these SPAM and new sites large publisher websites should be outranking everyone. I wish they will fix it.

Volatility is very high for May 1. Massive jump from yesterday. This not being a gradual increase from tweaking different levers means they decided to roll out something bigger.

Today could be a rough ride that continues for a few days. Much slower start to the morning for me but its early and no way to tell how things will shape up.

I also see a big jump today, after a big drop yesterday. These swings are not unusual these days, I am seeing days with very large drops in traffic on a regular basis.

ok so last 2 days it’s fail, organic dropped from 3,6K to 3,2k, it’s like a filter or something on it, ridiculous .. also direct/refferal traffic lower

And the past 24 hours the same thing – very very low traffic and conversions are terrible. One of my website even had 0 traffic for 2-3 hours, despite rankings are the same.

This is getting ridiculous.

All across my websites I’m experiencing very, very low traffic. Keyword ranking are all the same, which made me even more confused.

Yesterday’s sales and conversions are its lowest point since this year.

This week have been the worse on record

There does seem to me more of a spike in the SEO chatter later on in the week, even over the weekend but it is always hard to compare weekday levels to weekend levels of chatter.

The Google search tracking tools have been calm for most of the week but they seem to be showing changes towards the past day or so. Here are some screenshots from these tools, I do suspect some will update this morning and show bigger changes.

With many of these Google updates, there are also folks who pick up on the knowledge panels and there changes. So that does coincide with these reports as well:

Certainly appears something is afoot – see this query for a Hawaiian airport with a KP for a Spanish car rental company 🤷 pic.twitter.com/meQEANSDbt

So as you can see, there is a lot of chatter within the SEO industry but the tools were quiet most of the week. However, something bigger caught the ‘eye’ of some of the tracking tools over the past day or so. So something does seem to be up… 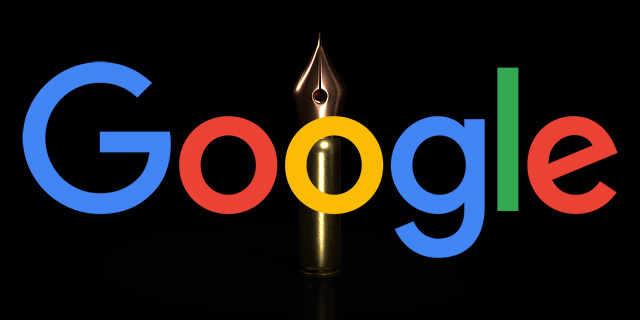 Google Search has added new content guidelines to the rich results help document. These new guidelines directly disallow you to markup product or content that are widely prohibited or regulated, or that can facilitate serious harm to self or others. Google said it will simply not show rich results on such products.

The new guidelines were posted over here and read:

Don’t mark up content that promotes widely prohibited or regulated goods, services, or information that may facilitate serious and/or immediate or long term harm to self or others. This includes content related to firearms & weapons, recreational drugs, tobacco & vaping products and gambling-related products.

This new policy is effective already and I assume you will soon, if not already, not see rich results in Google Search for these types of products. This includes Google not showing star ratings, prices, or availability information and so on.

Google told me “this policy change will align the rich snippets feature with other Search surfaces that display product information from merchants, to help provide consistency and clarity.”

Here is a screenshot from Glenn Gabe of it already going missing for sites:

And yep, review snippets are gone from the SERPs already for the verticals impacted. Will be interesting to track this over time. Here’s a quick example: pic.twitter.com/4h5nWcMdlb