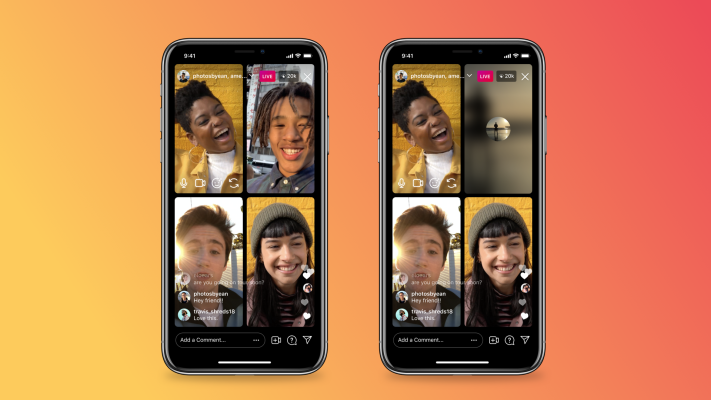 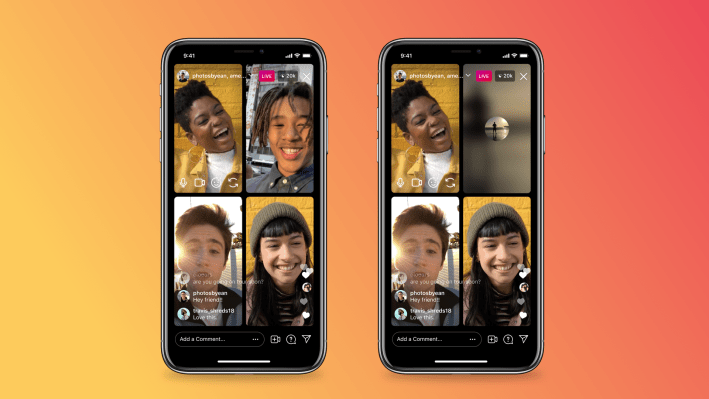 In addition to Facebook’s Clubhouse competitor built within Messenger Rooms and its experiments with a Clubhouse-like Q&A platform on the web, the company is now leveraging yet another of its largest products to take on the Clubhouse threat: Instagram Live. Today, Instagram announced it’s adding new features that will allow users to mute their microphones and even turn their video off while using Instagram Live.

Instagram explains these new features will give hosts more flexibility during their livestream experiences, as they can decrease the pressure to look or sound a certain way while broadcasting live. While that may be true, the reality is that Facebook is simply taking another page from Clubhouse’s playbook by enabling a “video off” experience that encourages more serendipitous conversations.

When people don’t have to worry about how they look, they’ll often be more amenable to jumping into a voice chat. In addition, being audio-only allows creators to engage with their community while multitasking — perhaps they’re doing chores or moving around, and can’t sit and stare right at the camera. To date, this has been one of the advantages about using Clubhouse versus live video chat. You could participate in Clubhouse’s voice chat rooms without always having to give the conversation your full attention or worrying about background noise.

For the time being, hosts will not be able to turn on or off the video or mute others in the livestream, but Instagram tells us it’s working on offering more of these types of capabilities to the broadcaster, and expects to roll them out soon.

This isn’t the first feature Instagram has added in recent weeks to lure the creator community to its platform instead of Clubhouse or other competitors. In March, Instagram rolled out the option for creators to host Live Rooms that allow up to four people to broadcast at the same time. The Rooms were meant to appeal to creators who wanted to host live talk shows, expanded Q&As and more — all experiences that are often found on Clubhouse. It also added the ability for fans to buy badges to support the hosts, to cater to the needs of professional creators looking to monetize their reach.

Although Instagram parent company Facebook already has a more direct Clubhouse clone in development with Live Audio Rooms on Facebook and Messenger, the company said it doesn’t expect it to launch into testing until this summer. And it will first be available to Groups and public figures, not the broader public.

Instagram Live’s new features, meanwhile, are rolling out to Instagram’s global audience on both iOS and Android starting today.