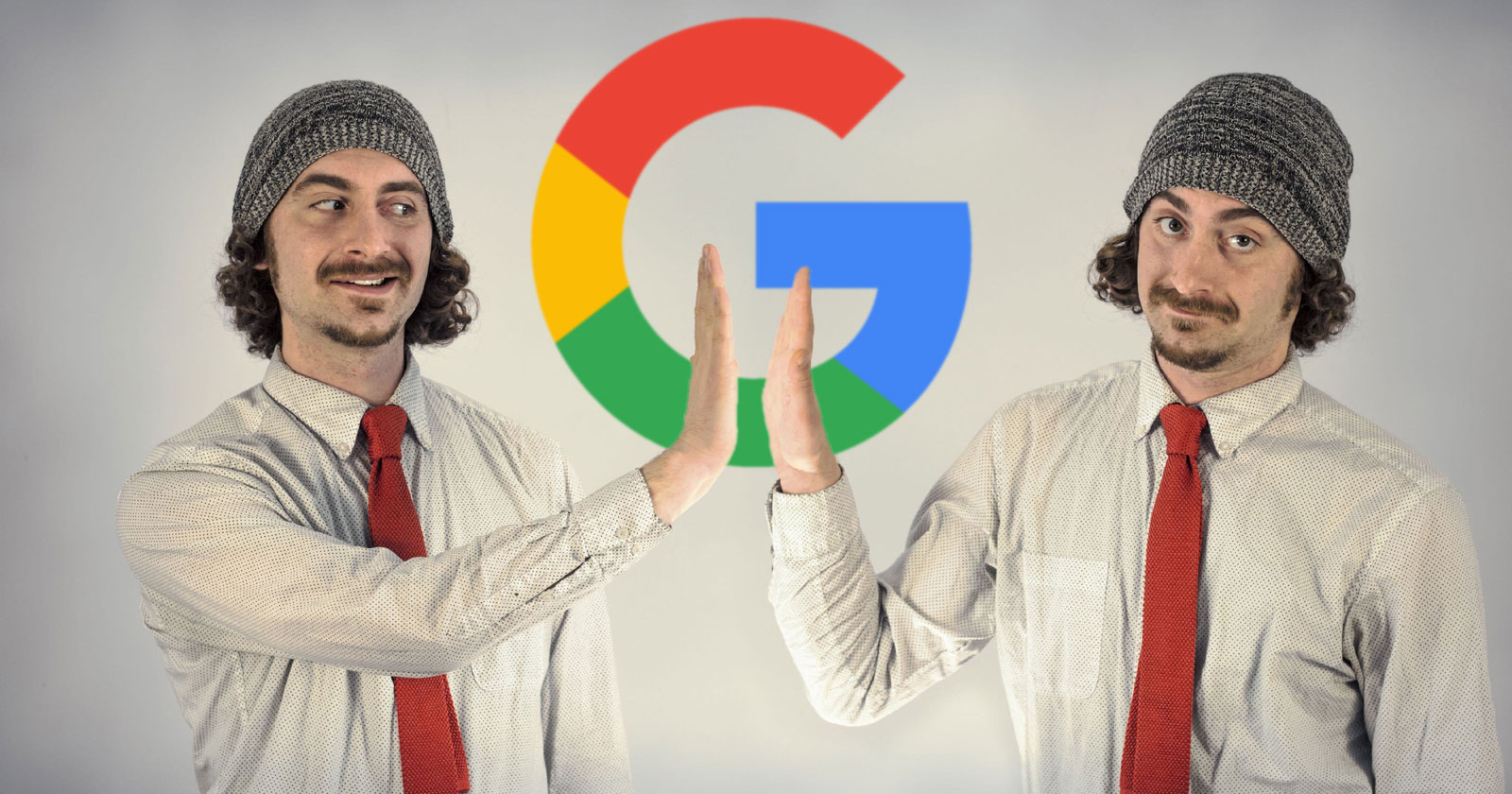 Google’s John Mueller recently answered a question of whether there’s a percentage threshold of content duplication that Google uses to identify and filter out duplicate content.

The conversation actually started on Facebook when Duane Forrester (@DuaneForrester) asked if anyone knew if any search engine has published a percentage of content overlap at which content is considered duplicate.

Bill Hartzer (bhartzer) turned to Twitter to ask John Mueller and received a near immediate response.

Hey @johnmu is there a percentage that represents duplicate content?

For example, should we be trying to make sure pages are at least 72.6 percent unique than other pages on our site?

Does Google even measure it?

There is no number (also how do you measure it anyway?)

Google’s methodology for detecting duplicate content has remained remarkably similar for many years.

Back in 2013, Matt Cutts (@mattcutts), a software engineer at the time at Google published an official Google video describing how Google detects duplicate content.

He started the video by stating that a great deal of Internet content is duplicate and that it’s a normal thing to happen.

…People will quote a paragraph of a blog and then link to the blog, that sort of thing.”

He went on to say that because so much of duplicate content is innocent and without spammy intent that Google won’t penalize that content.

Penalizing webpages for having some duplicate content, he said, would have a negative effect on the quality of the search results.

What Google does when it finds duplicate content is:

“…try to group it all together and treat it as if it’s just one piece of content.”

“It’s just treated as something that we need to cluster appropriately. And we need to make sure that it ranks correctly.”

He explained that Google then chooses which page to show in the search results and that it filters out the duplicate pages in order to improve the user experience.

Fast forward to 2020 and Google published a Search Off the Record podcast episode where the same topic is described in remarkably similar language.

Here is the relevant section of that podcast from the 06:44 minutes into the episode:

“Gary Illyes: And now we ended up with the next step, which is actually canonicalization and dupe detection.

Martin Splitt: Isn’t that the same, dupe detection and canonicalization, kind of?

Gary Illyes: [00:06:56] Well, it’s not, right? Because first you have to detect the dupes, basically cluster them together, saying that all of these pages are dupes of each other,
and then you have to basically find a leader page for all of them.

…And that is canonicalization.

Gary next explains in technical terms how exactly they do this. Basically, Google isn’t really looking at percentages exactly, but rather comparing checksums.

A checksum can be said to be a representation of content as a series of numbers or letters. So if the content is duplicate then the checksum number sequence will be similar.

This is how Gary explained it:

“So, for dupe detection what we do is, well, we try to detect dupes.

And how we do that is perhaps how most people at other search engines do it, which is, basically, reducing the content into a hash or checksum and then comparing the checksums.”

Gary said Google does it that way because it’s easier (and obviously accurate).

So when talking about duplicate content it’s probably not a matter of a threshold of percentage, where there’s a number at which content is said to be duplicate.

But rather, duplicate content is detected with a representation of the content in the form of a checksum and then those checksums are compared. 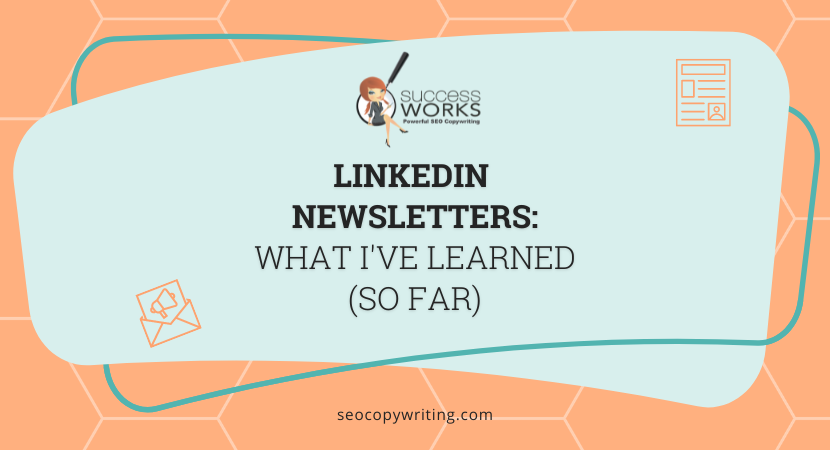 Four weeks ago, I launched my LinkedIn newsletter called The Well-Branded Woman.

It’s been a freaky, fun-filled ride, complete with unexpected twists and turns. What I thought was going to happen didn’t – and what did happen blew my mind.

Here’s what I did and what I’ve learned (so far!).

Here’s how I set up my first LinkedIn newsletter:

A week and a half before I launched my newsletter, I created a LinkedIn poll telling people about my new newsletter focus (Gen X and Millennial women) and asking what I should name it.

I wanted to ensure the name would “click” with my target reader. Plus, I wanted to build awareness that I’d be launching a newsletter soon.

If I were to do it again, I would have allowed at least two weeks for this process – maybe a bit more. It worked out because I had some strong newsletter names to test – but the timeline would have been too short if I had started from scratch.

I created attention-grabbing graphics for the newsletter.

My midlife-aged readers would want to know that I was in their age group, so my wonderfully talented designer created a bright orange featured image template with my photo front and center. I wanted a color and design that popped off the page — plus LinkedIn says that images with faces “resonate more with audiences.”

Graphics in hand, I was ready to write my first article where…

My first article was about how Gen X and Millennial women can transform themselves into online thought leaders. I purposely wrote a very long, informative piece that shared tips I didn’t see anywhere else and were specific to my audience.

I also wove in personal information to help the reader get to know me.

The final article was over 1,800 words – way longer than I had planned. I was curious if anyone would read all those words, but I knew the article provided solid, actionable information.

I also invited women to connect with me and to DM me.

What are my LinkedIn newsletter results (so far?)

Today, the newsletter has almost 1,700 subscribers. And yes, that first article is positioning!

Would I recommend LinkedIn newsletters for other B2B consultants or companies? Yes. It’s turning out to be a powerful content tactic. Overwhelming, but powerful.

Plus, if you’re a freelancer, you could sell LinkedIn newsletter creation and maintenance services. Many B2B companies are new to LinkedIn newsletters, so knowing how to plan and write them could open up a new profit center. Especially if you work with thought leaders and consultants who need branding — but don’t have time to write.

My take: LinkedIn newsletters get a thumbs up.

I’ll keep you posted on my progress.

Are you considering trying LinkedIn newsletters (or suggesting them to your client)? Leave a comment and let me know.

Oh, and if you want to know how your hero’s journey can help you build your personal brand, check out my latest Charisma Boost post.